Delon Egypt is one of 14 suing police for damages 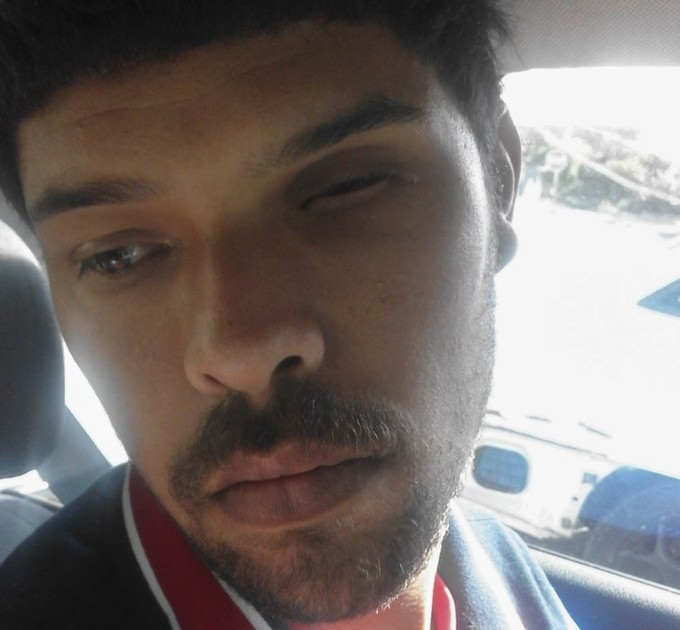 Delon Egypt lost an eye and still has a rubber bullet in his head. Photo: Thembela Ntongana

Four Hout Bay residents who each lost an eye when they were shot during riots in Hangberg in 2010 are suing the police for damages. The youngest, 28-year-old Delon Egypt, still has the rubber bullet in his head.

Altogether 14 people are suing the City of Cape Town, the SA Police Service (Saps) and SA National Parks (SANParks) for damages as a result of injuries sustained in September 2010, during protests in the fishing community of Hangberg. Residents blockaded the streets to prevent the City’s anti-land invasion unit, SAPS and Metro Police from advancing to demolish shacks built on the mountain fire break.

A court date has not yet been set.

Meanwhile, Independent Police Investigative Directorate spokesperson Robbie Raburabu said a total of 17 cases against the police were being investigated as a result of injuries sustained during the protests.

“The investigation is complete and just on the brink of being sent to the Director of Public Prosecutions for a decision,” said Raburabu.

Egypt and Ikram Halim, who also lost an eye, say they were shot by Metro Police.

Egypt used to work as a fisherman but says he can no longer do so since he lost his eye. He was operated on immediately and his eye was removed but it was too dangerous to remove the bullet.

“My life is hard. I have to struggle to get money by helping those who come from fishing sell their stuff, but it’s not the same as going to sea to fish. Having one eye at sea is not safe for me and the people I work with. That’s why I could not do it any more,” said Egypt.

He said he had daily headaches and sometimes nose bleeds.

“I never had these before I got shot. I want them to pay me for what they did so I can provide for my family,” he said.

He lives with his three children and wife at his in-laws as a back-yarder. His wife works part time as a domestic worker.

“I do not like that I cannot provide for my family, I would love to buy them a house. Where we stay is too small for all of us.”

Halim used to be a skipper. Now he works in an office and only goes to sea occasionally. Unlike Egypt, he has an artificial eye.

“Sometimes people still think I have two eyes and treat me like that, but I can only see with one.”

“I am a skipper and I used to be so good at it. Everyone knew that. But now I catch less fish because I do not have vision in both eyes, and if I do go out and it’s a windy day and the water gets into the artificial eye it burns. I have to stop what I am doing to get someone to pour water on it and that slows down other people,” said Halim.

He said he had been trying to speak to the police when he was shot.

“I was a community activist, especially on issues which involved fishermen, because this is how most of us make a living. But now I do not even have the confidence to stand in front of a crowd.”

“This has affected me a lot mentally. My personality has changed, my life at home has changed. My wife tells me I now have a temper,” said Halim.

He said he was the first person to sign the peace accord in Hangberg in 2011. Asked if he has forgiven the people who shot him, he said: “I have lost something. They must come and acknowledge and take responsibility before saying we must all work together.”

Le Roux Snyman of Adendorff Attorneys, who is representing 14 injured residents, said he was busy preparing the matter for trial. He said it was too early to say what damages his clients would claim or when the matter would go to trial. “We are not thinking that far ahead yet,” said Snyman, adding that a negotiated settlement was possible.

He said SANParks and the Minister of Police and the City of Cape Town were all being sued to ensure that all those who were on the scene were called to answer for what happened that day.

City of Cape Town spokesperson Priya Reddy confirmed that summons had been issued against the Minister of Police, SANParks and the City of Cape Town claiming damages for injuries suffered “during an operation to demolish illegal vacant structures”.