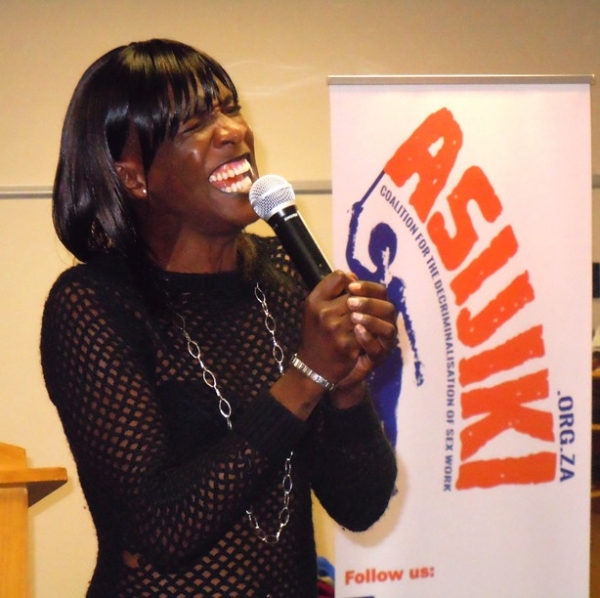 The death of former acting chairperson of the Sex Worker Education and Advocacy Taskforce (SWEAT) and activist, Ayanda Denge, has sent shock waves through civil society.

Denge was fatally stabbed on Sunday in her room in Helen Bowden Nurses’ Home, which has been occupied by Reclaim the City and named Ahmed Kathrada House (AKH), in Green Point. She moved to the building after a period living on the street. She had been a sex worker for many years and was an advocate for the rights of sex workers and transgender people.

She was elected a house leader in February.

Denge’s death comes after another resident, Zamuxolo “Rasta” Dolophini was fatally stabbed, allegedly by a security guard, on 18 March 2018 outside Helen Bowden.

Mona Asher, a house leader at Helen Bowden who worked closely with Denge, described her as someone who always went the extra mile, was passionate about activism and “wouldn’t hurt a fly”.

“We are all still waiting to hear from the police exactly what happened to Ayanda. What I can say is Ayanda’s door was locked on Sunday with a padlock from the outside, so we assumed that she must have stepped out, because she always locks her room when she leaves.

“It wasn’t until later that one of the leaders got worried because they had not seen Ayanda for a while. The leader went outside and managed to peep through the window where they saw Ayanda lying on the floor behind the door,” said Asher.

“All we want to know is why. Why would someone do something like this?” said Asher.

In a statement, Reclaim the City said the house was “pitch black” at night because the provincial government had cut the electricity. This had affected the safety of residents.

The former nurses’ home , directly opposite Cape Town’s Waterfront, houses several hundred people. This large four-storey building with sprawling grounds has been unlawfully occupied by people working or studying nearby since March 2017. The property is owned by the provincial government, which has condemned the occupation, but not yet taken steps to remove the occupiers. Reclaim the City is campaigning for affordable housing nearer Cape Town’s city centre.

SWEAT media advocacy officer Lesego Tlhwale said Denge “was a lifelong human rights activist who committed her life to social justice activism in South Africa including advocating for the rights of sex workers and people living with HIV. Ayanda was a member of the female transgender sex worker group at SWEAT called SistazHood, which served to support trans sex workers and ensure that their health and human rights are recognised.”

The South African Police Service (SAPS) confirmed that a case of murder has been opened.

SAPS spokesperson Noloyiso Rwexana said: “Circumstances surrounding this incident are under investigation with no arrests so far. Anyone with more information about this case is requested to contact the investigating officer Detective Warrant Officer Morne Olivier on 079 894 0096.”