No demolitions, but residents of Khenana informal settlement say they were threatened and harassed 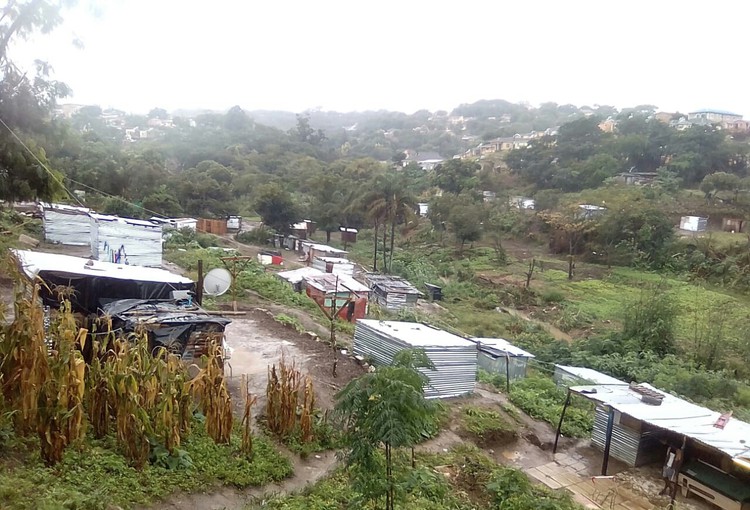 It was a short-lived celebration for Khenana informal settlement residents on Friday. Just hours after residents secured a court order preventing the eThekwini municipality from demolishing their shacks, members of the Land Invasion Unit were back in the settlement, they say, harassing and insulting them.

Activist group Abahlali baseMjondolo, representing residents of Khenana brought an application to the Durban High Court following the demolition of 14 shacks in Cato Crest last Wednesday. On Friday, the matter was adjourned sine die with the court recording in an order that the City had agreed to refrain from demolishing, burning, removing or otherwise destroying and disposing of the informal housing structures in the settlement or from causing this to take place, and had agreed to refrain from evicting the applicants or causing them to be evicted from their homes.

Community leader Lindokuhle Mnguni says residents were excited at the court order but their celebrations were short-lived. Early in the afternoon members of the Land Invasion unit came to the settlement, Mnguni says, harassing and insulting the residents.

Abahlali BaseMjondolo’s deputy president Mqapheli Bonono said the Land Invasion Unit had come to Khenana “as if ready for war”.

“It should be noted that the City will not win the war against land invasion alone, it needs residents to be fully on board. Bearing testimony to the fact that we are taking land invasion seriously, is that the City has a fully-fledged unit whose sole responsibility is to deal with land invasion during this time. Our Land Invasion Unit (which falls under our Security Management Unit) will be fully operational during this time as an essential service. We are appealing to the media to refrain from sensationalising. The demolitions were within the ambits of the law. The lockdown does not mean that lawlessness should prevail,” Mayisela said.

“I don’t know how long we are going to live like this with the constant attack from the City,” said Mnguni. “We deserve to live in peace, especially at a time where we are supposed to be united as a country in the fight against the coronavirus pandemic.”