After sewerage pipes were fixed, municipal workers did not clean up the mess 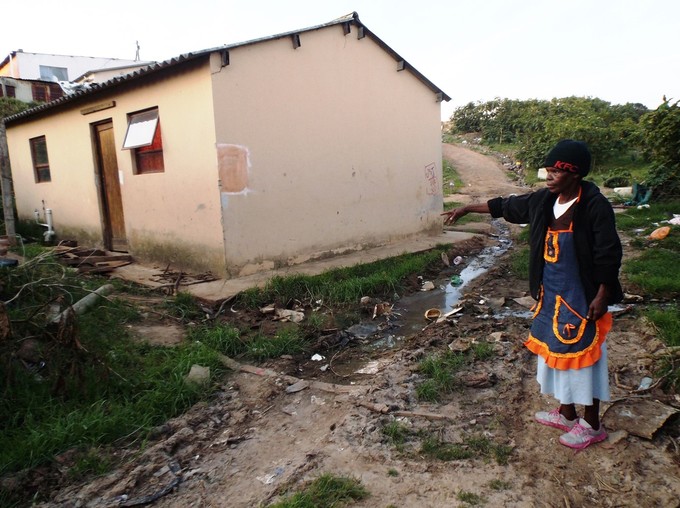 People have been living next to open human waste in Posini, Port Alfred, for two months. They say that after they reported three broken sewerage pipes two months ago, the Ndlambe Municipality took six weeks to respond, and when municipal workers finally fixed the pipes, the community was still left with open sewers.

Khangelwa Khanyelwa Nobebe, 57, said she thought that once the workers finished fixing the pipes, they would clean the place up.

“I hardly open my house,” said Nobebe, while preparing supper. “We are scared of getting sick … The smell is so unbearable.”

Nobebe’s daughter, Nandipha, said, “I’m not feeling well even now and I think it’s this dirty air we breathing that is causing us to get sick.”

Another resident, Nomonde Sikhuni, said, “I sympathise with that family [Nobebe’s], since it’s also hard for us to eat as we smell the human waste from that direction, so imagine what they are going through as they are literally surrounded by it.”

Dumisani Magagula, who passes by on his way to and from work, said he has to jump over the sewerage. “I have to use that route when I am going to work so the municipality needs to fix this, not just for Nobebe family, but for all of us who are passing there everyday,” he said.

A week ago, Ndlambe Municipality spokesperson Khululekile Mbolekwa said it would be cleaned up.