The UNHCR and Home Affairs have announced a US$9.6 million asylum seeker backlog project 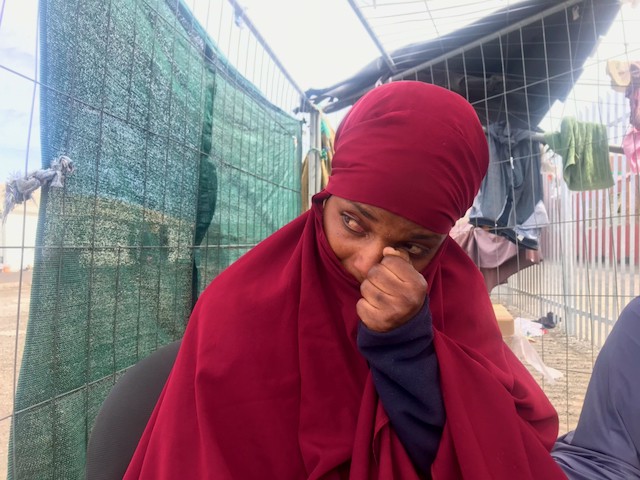 Francine Nduwimana from Burundi has been renewing her document every three months for ten years. Photo: Tariro Washinyira

On Monday, The Department of Home Affairs, the Refugee Appeals Authority and the United Nations High Commissioner for Refugees (UNHCR) launched a US$9.6 million asylum seeker backlog project.

The UNHCR said: “Problems in the asylum system led to some claims being stuck for over a decade waiting to be heard. Of the 266,694 refugees and asylum-seekers in South Africa, two-thirds of them do not have access to the full rights and privileges of refugee status.”

In a previous statement the UNHCR said: “The project will eliminate the backlog over the next four years, and strengthen the system to ensure another one does not form. During the time frame, the appeals of 153,391 people will be heard.”

“These numbers overwhelmed a system which was functional in dealing with 53,000 applications a year. Suddenly, the system had to process over 400,000 applications which came in just two years,” he said.

“The Auditor General of South Africa said if nothing changed, it would take 68 years to clear the backlog without taking new cases. Since the Auditor General’s pronouncements in February 2020, a lot of things have changed to help us deal with the backlog.”

For many asylum seekers news that the backlog may be cleared will be welcome news.

Francine Nduwimana, a Burundian asylum seeker, told GroundUp about her ordeal fleeing from militia in her home country. She said she was separated from her six-year-old child in Tanzania en route to South Africa in 2011. Since then she has repeatedly had to relate her story to Home Affairs officials, renewing her document every three to six months. She is still waiting for her case to be determined.

Nduwimana is currently in the Bellville refugee camp with other asylum seekers who protested outside the UNHCR in 2019, demanding to leave South Africa.

Zainabu Safi, originally from the Democratic Republic of Congo, said she fled war in Kivu and has been in limbo in South Africa since 2012. Every time she has to renew her papers she has to travel to Musina. She has to take her children with her since Home Affairs requires them to be present in person. She says the process usually takes her a week in Musina.

“This is the reason why I joined the protest and why I am here at the [Bellville] camp. I have nothing. The little money I made from piece jobs I used to travel to Musina. Without a proper document, I can’t study, find a job or start a business. We had a spaza shop in Marikana informal settlement but it was burnt down during a protest.”

“Ten years I am still an asylum seeker … Every time you are told we will give you a refugee status when you come back,” said Safi.