“The courts had spoken. We had to do it,” says Deputy Minister of Home Affairs 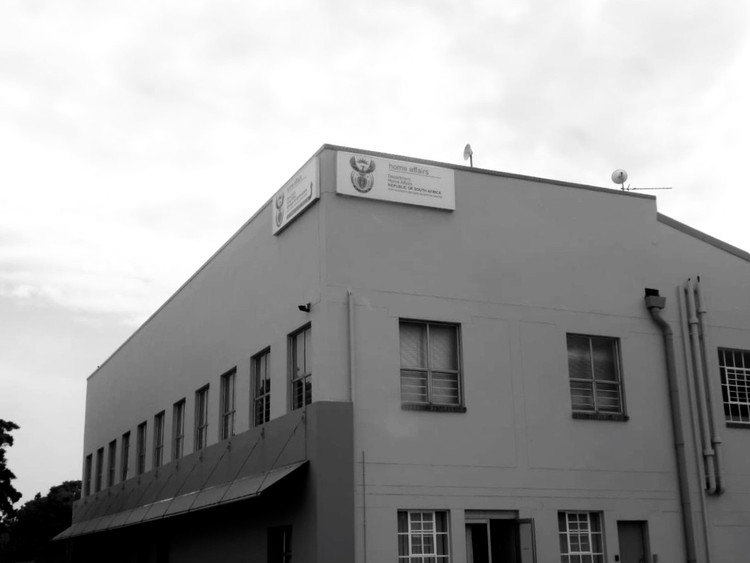 The Refugee Reception Office in Port Elizabeth was re-opened on 19 October 2018 after being closed since 2011. Photo: Joseph Chirume

The Port Elizabeth Refugee Reception Office was officially re-opened on Friday by Minister of Home Affairs Malusi Gigaba. The province has been without such a facility since Home Affairs unilaterally closed it in 2011.

Following years of legal action, public outcry and civil society activism, Home Affairs was ordered in March 2015 to reopen the facility by 1 July 2015 by the Supreme Court of Appeal.

Years after that court deadline, the facility has at last reopened at a new premises in Sydenham.

“The new office will provide adequate accommodation with which to extend better services to persons with legitimate claims. It has a streamlined process flow; open spaces; baby-changing stations; and multiple ablution facilities. Provision has also been made to accommodate the Standing Committee for Refugee Affairs, Appeal Board hearings and immigration inspectorate facilities,” Home Affairs announced.

“It was a very long and bruising battle,” said secretary general of the Somali Association of South Africa, Mohammed Kat. “We won all the court cases we brought against them, but the Department of Home Affairs (DHA) kept appealing our victory until they reached the end of the tether. They had no choice but to abide by the Supreme Court of Appeal decision.”

Although he was happy refugees and asylum seekers would no longer have to travel to other provinces to apply for permits, Kat said the reopening was a bittersweet victory because a lot of time and resources had been spent fighting the government in court.

The Somali Association of South Africa together with the Project for Conflict Resolution and Development, with the aid of Lawyers for Human Rights, took the matter to court in 2011. The courts ruled that the closure was unlawful but DHA appealed the decision.

“We were forced to shut down the office [in 2011] because of endemic corruption that had taken root at the office,” said Fatima Chohan, Deputy Minister of Home Affairs. “The office was being abused by human trafficking syndicates who were bringing in migrants who were not refugees.”

Chohan said businesses around the old refugee office had a court order to close the old office because they said it was a nuisance to their businesses. She said the landlord also refused to renew the lease agreement for the building they were renting.

“The department could not cope with the existing budget but we had to abide by the court’s decision. The courts had spoken, we had to do it,” she said.

Minister Gigaba, who was there to reopen the centre, responded to two questions before an SABC reporter asked him about allegations of his involvement in the department’s procurement process.

“The minister does not deal with the procurement process. That is the question the director general can answer,” said Gigaba.

Gigaba spoke isiZulu to the reporter apparently to placate him. When the reporter persisted, spokesperson Thabo Mokgola stopped questions.