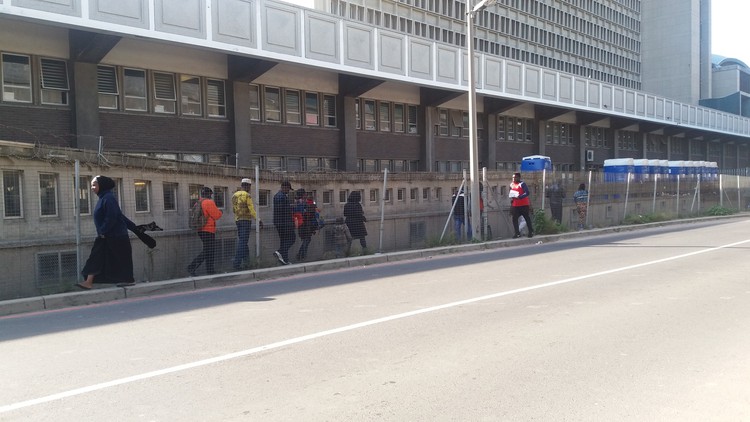 The Department of Home Affairs has been ordered to re-open the Refugee Reception Office at its premises in Cape Town. Archive photo: Tariro Washinyira

The Department of Home Affairs has been ordered to re-open and maintain a refugee office in Cape Town by March 2018. In a ruling on 29 September, the Supreme Court of Appeal declared unlawful the decision by Home Affairs to close the Cape Town Refugee Reception Office in 2012.

The Legal Resources Centre, on behalf of the Scalabrini Centre, the Somali Association for South Africa and asylum seekers, had appealed against a ruling by the Western Cape High Court in favour of the department.

In a statement this week the LRC said the court had found that the decision to close the Cape Town Refugee Reception Office was “ irrational and unlawful”. The director general of Home Affairs had “ignored relevant factors when making his decision”.

“He also failed to properly consider whether the Cape Town Refugee Reception Office was necessary for the purposes of the [Refugees] Act.”

The court found that the Department’s arguments about the difficulty of fnding premises and about the need for substantial additional resources had no merit, the LRC said.

The court had also referred to the international obligations of the Department in providing opportunities for refugees and asylum seekers to exercise their rights.

The department had been ordered to supply the court with periodic updates about progress in re-opening the centre.

“This judgment is crucial in upholding the rights and dignity of asylum seekers and refugees, who have been prejudiced by the policy decisions of the DHA (Department of Home Affairs)”, the LRC said.

Asylum seekers had “struggled immensely” to access basic services since the unlawful closure of the centre in 2012, said Miranda Madikane, director of the Scalabrini Centre..

She said asylum seekers had been forced to travel to the remaining three centres every three to six month while they waited for their claims to be processed. The closure of the centres had undermined the asylum process, Madikane said.