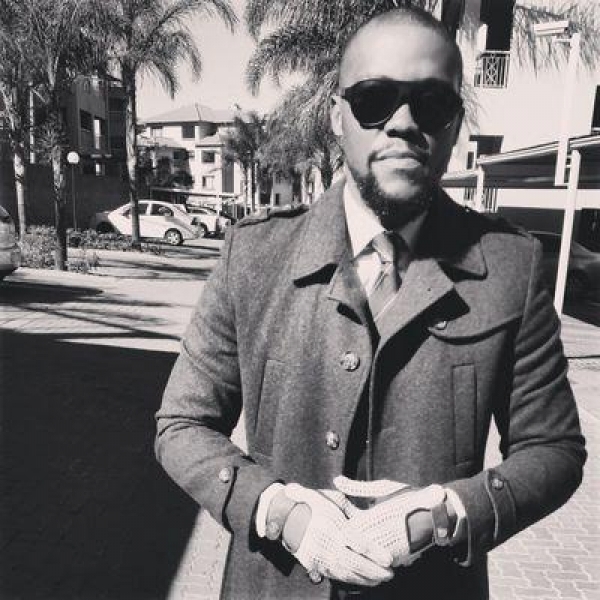 Home Affairs spokesperson Mayihlome Tshwete has not responded to requests from GroundUp about a man his department has prevented from living with his wife. Photo from Tshwete’s Twitter account

Farai (not his real name) is a 38-year-old Zimbabwean engineer, who has been living in South Africa since 2009. But after visiting Zimbabwe during the holiday season, he was denied entry back into South Africa on 5 January. His passport was also stamped with a code preventing him from coming back to the republic. This was despite his papers being in order.

He is now stuck in Zimbabwe, on the verge of losing his job, and has been separated from his children and pregnant wife since December.

Farai applied for a Dispensation of a Zimbabweans Project permit (DZP) in 2009. This then became the Zimbabwe Special Permit (ZSP). Last year it was changed to the Zimbabwe Exemption Permit (ZEP). All Zimbabweans in South Africa who were on this permit had to re-apply for a ZEP, because the ZSP expired in December.

But the process for getting the ZEP has been slow and often delayed. Farai is still waiting for his to be processed. Home Affairs has therefore declared that ZEP applicants are allowed to travel as long as they produce proof of their application. This Farai did.

“ZSP holders who want to travel outside South Africa for the festive season, will be able to do so. They only need to produce their passports with the ZSP stickers and their ZEP application receipts,” said a Home Affairs statement dated 10 November 2017.

An immigration official at Beitbridge stamped “V-LIST CODE K” on Farai’s passport when he tried to enter South Africa. According to Gabriel Shumba, lawyer and chairperson of the Zimbabwe Exiles Forum, the V-listing means a person has overstayed his or her visit in South Africa and may be banned from entering the country for up to five years.

Farai is now stuck in Zimbabwe. “I have no criminal record and I am being prejudiced by an error made by an immigration official. I am on the verge of losing my job. My employers are now threatening to fill my position,” said Farai. “My life is now established in South Africa after I relocated eight years ago. I am suffering from emotional stress as a result of separation from my heavily pregnant wife and two young children. My wife is frequently in and out of hospital due to stress.”

GroundUp has previously reported a case similar to Farai’s.

Farai is originally from Murehwa in Mashonaland East province, about 90km from Harare. In trying to sort out his situation he has to spend money on accommodation in Harare where he visits the South African embassy — money he doesn’t have because he has not been paid since December.

A similar incident happened to Farai in December 2014. Then he had travelled from South Africa to Zimbabwe through Oliver Tambo International Airport, also while waiting for his permit to be renewed. An official denied him entry to South Africa despite a similar communique by Home Affairs stating that Zimbabwean permit holders still waiting for their permits to be renewed should be allowed entry.

On 19 March GroundUp contacted Home Affairs spokespersons Thabo Mokgola and Mayihlome Tshwete by email. Copies of Farai’s documents and the appeal he wrote to Home Affairs in January were attached. GroundUp phoned two days later and Mokgola said he needed Farai’s documents, which we explained had already been sent to him.

On 29 March we wrote to Home Affairs again, but received no response.

In April we phoned Tshwete who promised to respond. He hasn’t.

As of 25 April there was still no change in Farai’s circumstances and Home Affairs has still not contacted him or his lawyer.