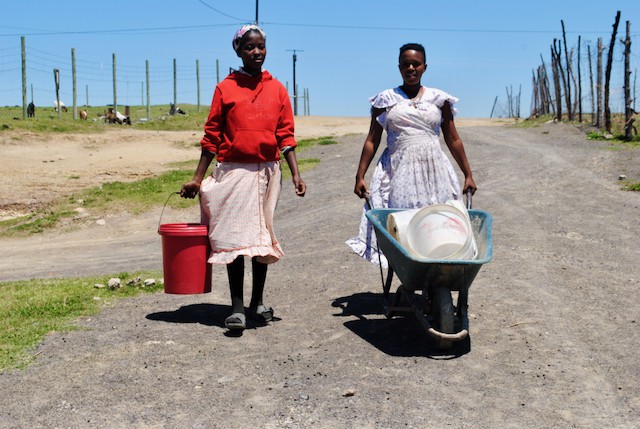 Melehloho Mamani and Olwethu Bam of Tsita village in Ntabankulu on their way to the river to fetch water. Photos Mkhuseli Sizani

Tsita in Ntabankulu Local Municipality has been struggling with water for years, but things have worsened since 2018 as drought continues to grip the Eastern Cape.

“Many elderly people here died hoping they would have fresh water in their taps. But we still drink water with animals in the river,” says Gcinithemba Ntuthuka.

“Everybody here gets excited when summer comes because we get rains. Especially those who have jojo tanks … But I don’t have a jojo tank and I survive on piecemeal jobs.”

“I carry three 25-litres with my wheelbarrow. But sometimes I come back home without water, because the livestock make the water dirty and undrinkable.”

He said years ago the villagers bought their own water pipes and connected to Saphukanduku village.

“We have over 200 households here in Tsita Village and we decided to donate R100 per household to buy our own water pipes. The aim was to give our children enough time to study and also rescue our elderly parents from walking long distances to the river.”

“Then we dug a ten kilometre trench. The trench started from Saphukanduku village and passed to Ntshamanzi village. We used spades and picks to dig it. Some of our pipes crossed rivers. But we exprienced many leakages … Our pipes were being cut off and our connections were removed. It was too expensive to repair them and we decided to give up.”

He said going back to the river has affected his two nephews’ school results.

“The lack of water was the main cause for their poor results. After school they go twice to the river to fetch water to cook supper and wash their school shirts. This is also the water to bath in the morning before going to school.”

“I go to the river twice a day pushing a wheelbarrow with two 20-litre containers,” says Olwethu Bam, 22, who lives with three siblings and her grandmother.

There are three municipal jojo tanks, but she thinks they were last filled in 2016 when they were delivered.

The solution offered to the villagers’ water woes is the Alfred Nzo District Municipality’s R28 million water project that is meant to benefit 2,345 households.

But, says Bam, the project ground to a halt for a full month before work resumed on Wednesday.

Water pipelines will connect Tsita to Mnceba village three kilometres away. The project started in March 2021 but villagers say there are constant work stoppages.

“Last year, I failed my grade 12, because I did not get enough time to study,” says Melehloho Mamani, 21. “Most of my time is consumed by fetching water in the river. Carrying a 20-litre bucket on my head is tiring,” she says.

She lives with five siblings and the river is three kilometres away.

“Most learners are living with their grandparents,” says Mamani. “They don’t have enough time to study because before they go to school and after school they have to fetch the water in the river to bathe, cook porridge, and wash their uniforms. By the time they come back from the river in the afternoon, it is very late, and they are too tired to do their homework.” 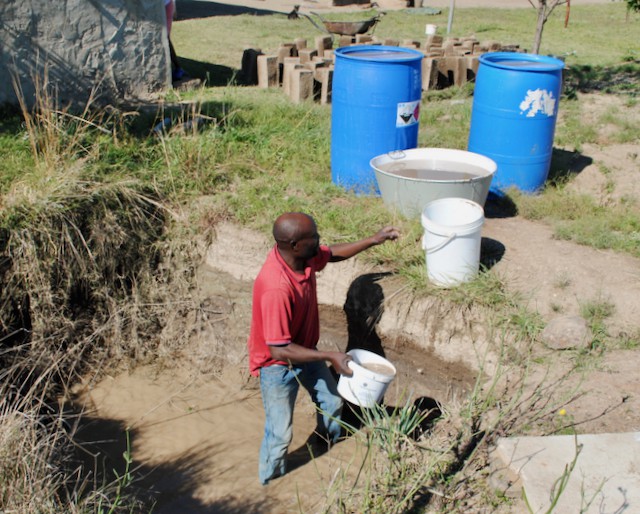 Vuyani Feketha, school principal of Mnceba Senior Secondary School in Ntabankulu, said, “Learning and teaching is severely affected because of the water crisis. We had 1,712 learners this year, but the number has dropped to 1,652. It’s hard to have morning and afternoon classes because our learners live in remote villages where they have to go to rivers early in the morning to fetch water first.

“They are always late. Weekend classes are no longer taking place because learners go to the rivers and wash their laundry.”

The school also has water problems.

“Our taps sometimes are without water for a week. When water comes back we quickly fill up our 12 jojo tanks. Sometimes we are saved by rain water. But now, only eight jojo tanks have water.”

He said a lack of water some days also meant they could not cook the daily school feeding scheme meal.

He said people also come to the school to ask for water.

“Our matric results have been severely affected. We used to get an 80% pass rate, but it has plummeted to 60%,” he said.

Sinethemba Mqulwana, a former learner who now tutors other learners, said that since the drought started, school attendance has dropped, especially in winter. He said, “Sometimes we give them 5-litre water bottles to take home in order to concentrate on their studies. The dropout rate is too high in grade 12, especially for boys.”

Zamile Skhundla, municipal manager for Alfred Nzo District Municipality, said the water project is expected to be completed in March next year. He said the municipality does provide water carts, but conceded there were too few of these. 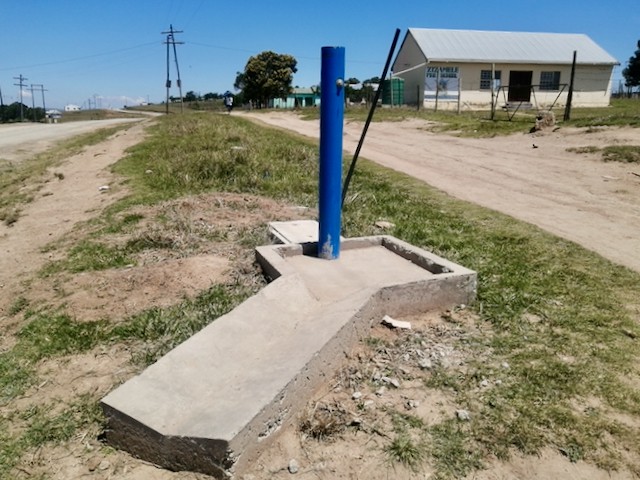 A communal standpipe in Mnceba village where there is running water. It is part of an ongoing R28.2 million water installation project that is meant to benefit neighbouring Tsita village next year.