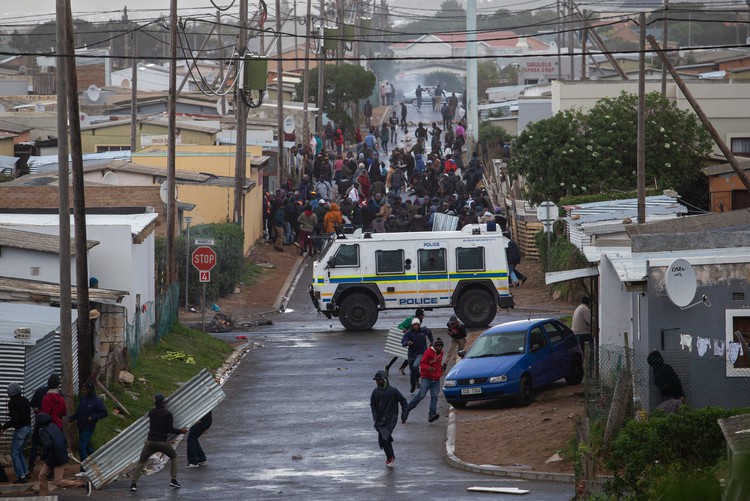 Protests which started last Wednesday continued in Hermanus on the weekend. On Tuesday community members from Zwelihle had marched to the Hermanus police station with a petition demanding that charges be dropped against Gcobani Ndzongana, one of their community leaders. On Wednesday, Ndzongana was arrested. Violent protests followed.

On Friday afternoon, Western Cape Premier Helen Zille tried to open a dialogue with protesters but stones were thrown and she was forced to leave. A number of streets were blocked with rubble and burning tyres in Zwelihle and Mount Pleasant. Sections of the Walker Bay recycling plant and the public pool complex were burnt.

Law enforcement used teargas, stun grenades and rubber bullets throughout the day to disperse protesters. The demonstrators used wooden panels and congregated iron sheets as shields. From a nearby hill, protesters hurled rocks, shot marbles with catapults, and hit golf balls with golf clubs at the police. One protester had made a bow and arrow.

A video posted by TimesLive shows a police officer being robbed of his gun.

Protesters refused to speak to the media. 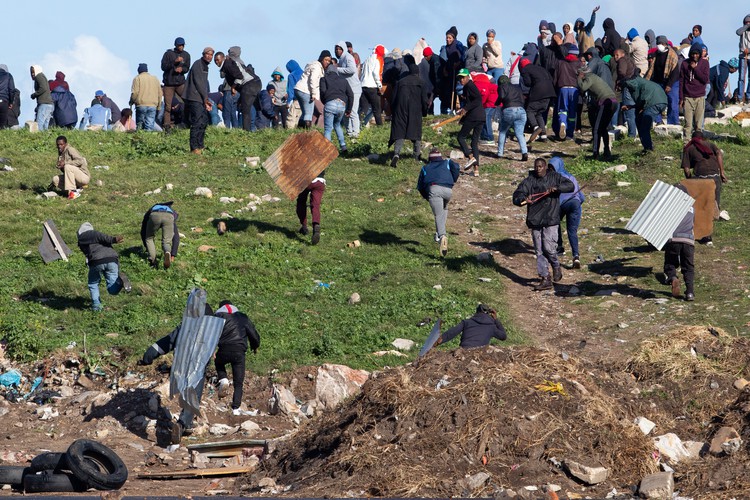 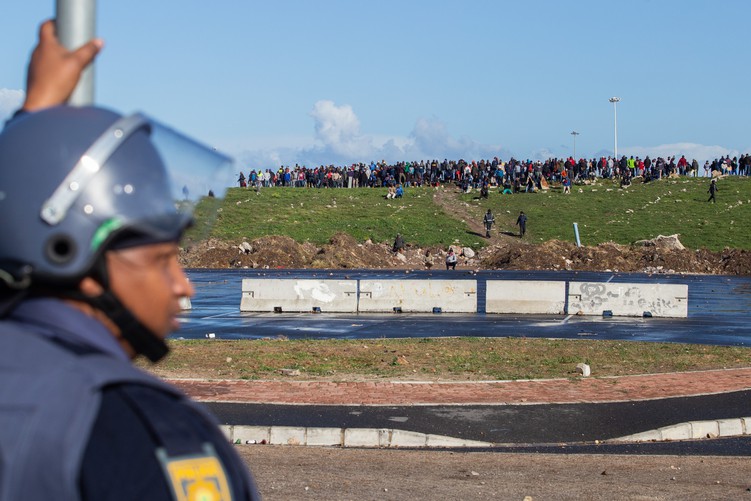 Protesters gathered on a hill in Mount Pleasant. When protesters inched closer, police would disperse them with rubber bullets and the cycle would start again. 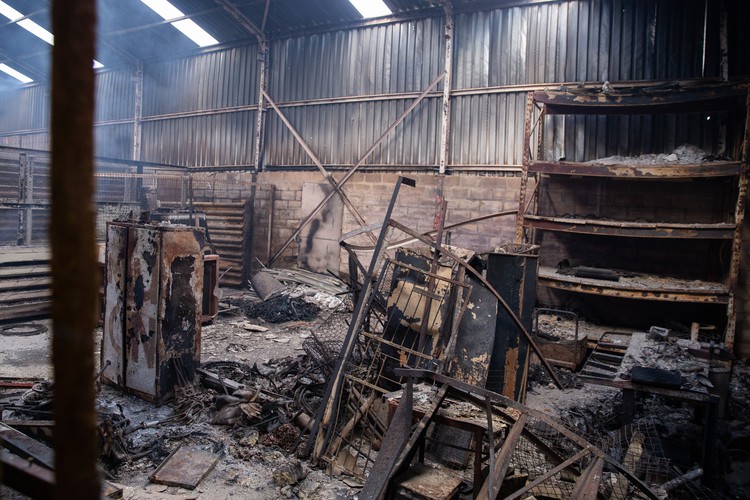 A section of the Walker Bay recycling plant was burnt. 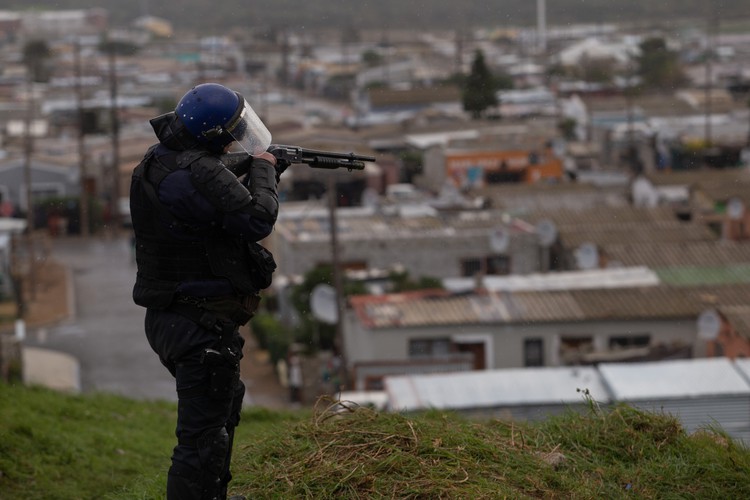 A police offer preventing protesters from moving back up the hill after police took control of it. Later, protesters took the hill again. 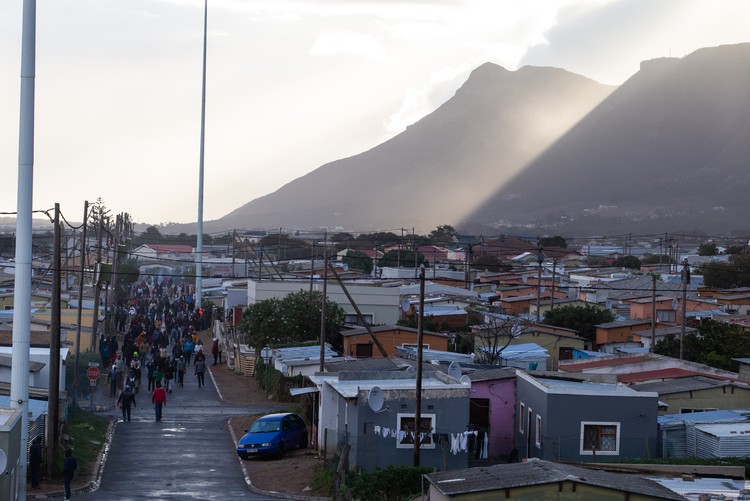 Protesters gathered in Zwelihle. A Nyala and tear gas was used to disperse the protesters, but they regrouped. 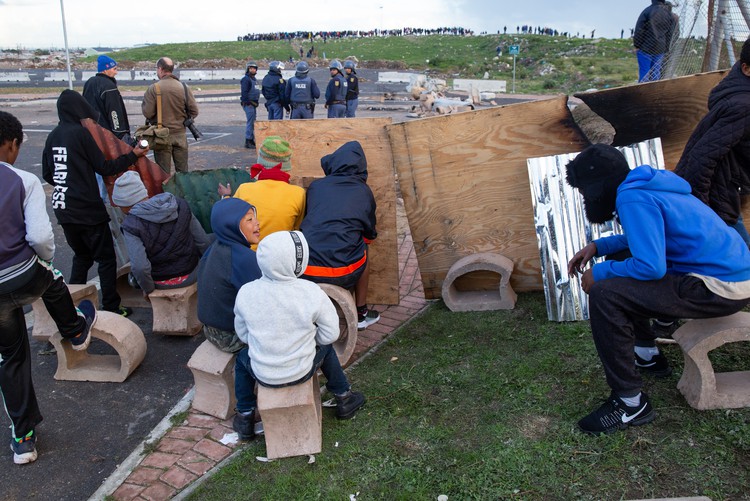 Children built a makeshift fortress to watch the protests. 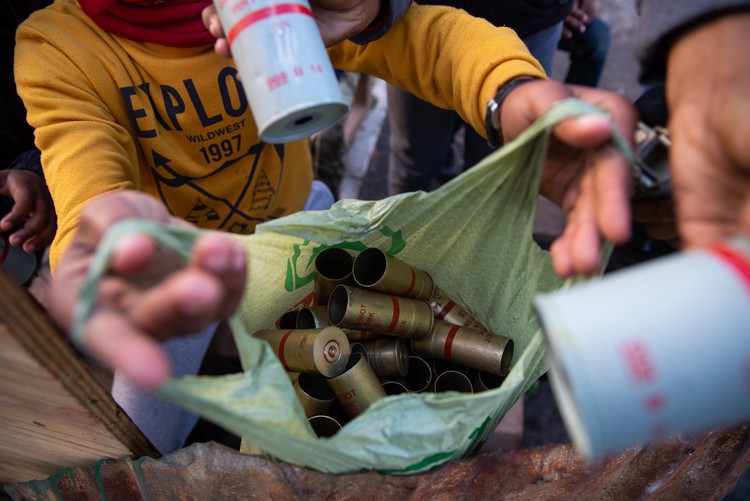 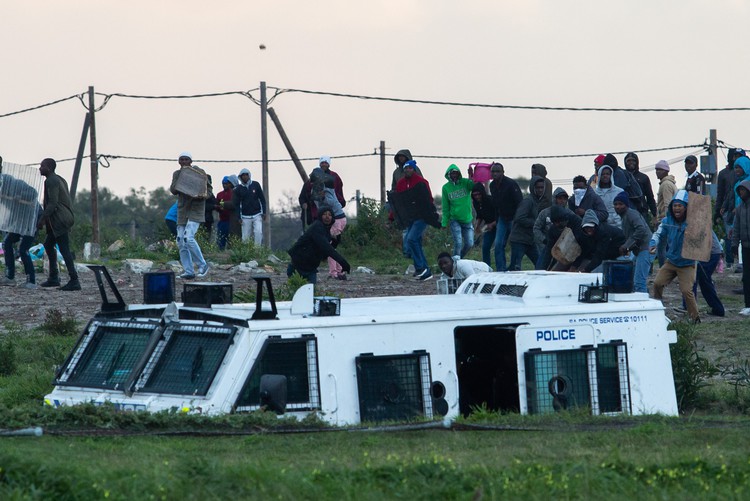 Protesters pelt a Nyala with stones. 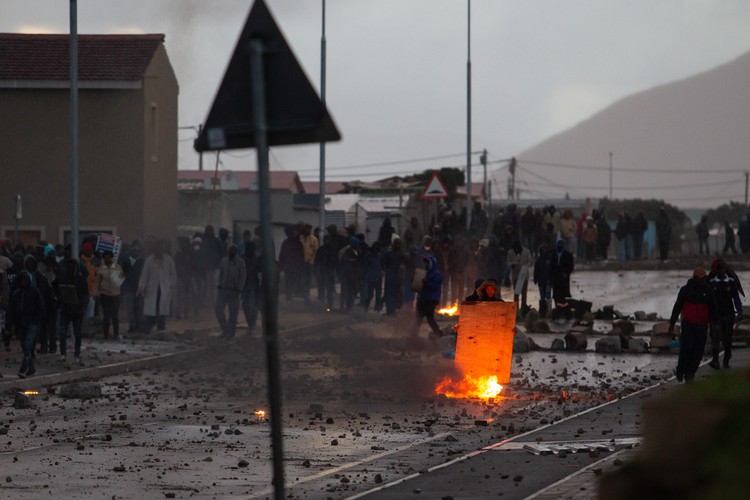 Mbeki Street in Hermanus was blocked by protesters on Friday.