Government, the weather service and academics need to do better at making data and analysis of the water crisis available 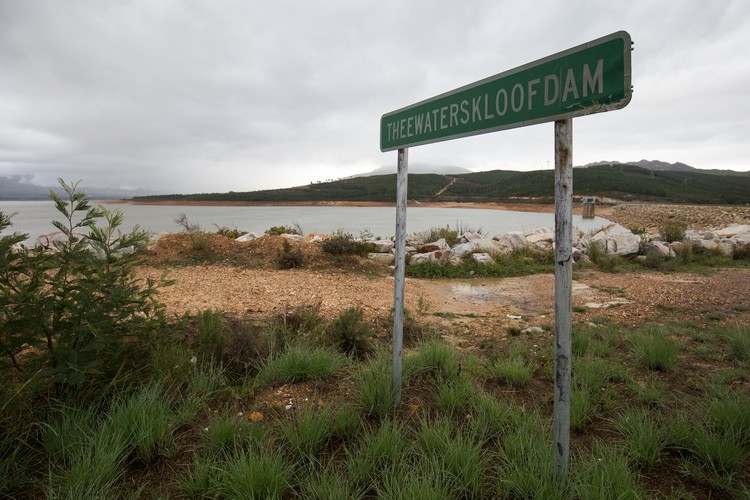 This is part three of a GroundUp special series on Cape Town’s water crisis.

The City of Cape Town does a good job of providing basic information about the city’s dwindling water supply. Dam levels are updated weekly on the municipality’s site, which also provides information on all the dams providing water to the city. Announcements about the water crisis via electronic billboards and media releases on radio and newspapers presumably reach most residents. The recent drop in water consumption suggests the City’s messaging has some effect.

But if you want to go beyond the basic data, it becomes difficult.

As part of GroundUp’s special series on Cape Town’s water crisis, we set out to find historic data on rainfall, dam levels and water consumption. The goal was to collect the data, present it to experts who could interpret it for us, and provide our readers with an easily digestible story.

But the data we were looking for was difficult, and in some cases impossible to find.

Because we were trying to analyse historic patterns and their long-term implications, we requested a quote for 15 years worth of rainfall data from a SAWS weather station near the dam that supplies more than 50% of the city’s water: Theewaterskloof.

SAWS representatives said data extending back to 2002 would cost R1,518. This is just 20% of the full tariff, because as a news organisation GroundUp qualified for reduced pricing. This means the normal price is R7,590. We would also have had to sign a form limiting how available we could make this data.

We ended up accessing rainfall data for free through the National Department of Water & Sanitation website’s hydrological services page. The data extends back to 1974. Web browsers say the site is unverified, so you may have to disable a security function to visit the site.

Dam level updates are on the City’s website. It also gives percentages of water stored in the six major dams feeding the city, as well as the level during the same week the year before. We were unable to find more complete historical data. Also the site is updated weekly, and it is very difficult to impossible to find the content from even two weeks ago once the site is updated.

We tried to use the Internet Archive’s Wayback Machine, a digital archive of websites and other internet content, to go back in time for comparison (note the City has changed its dam level URL, so that’s why we’ve linked to the old one). Logging of the dam levels page in the archive is inconsistent though, making the data hard to analyse. Maybe readers will have better luck than us using this.

We were able to obtain graphs of historic dam levels after attending a 9 May business briefing held by the City. At the meeting, Mayor Patricia de Lille spoke with business owners on the need for further water conservation and spoke about an upcoming desalination plant as well as plans to drill into local aquifers.

We asked the mayor about the availability of publicly accessible, historic dam, rainfall and consumption data. “Unless people have asked for it, we have not made it public,” she said. “But now we are making all of it public.”

De Lille also said the information was “not a secret” and said she would supply GroundUp with a copy of the presentation containing the visual. Though the presentation was sent to us, we have not yet been able to find the data the City released to business leaders online. Officials have not yet responded to our requests for its location.

Snapshots of Cape Town’s water consumption can be found on the City’s open data portal. It is not useful for historical analysis though, because the records only extend back to 2013 and statistics have been released at different months every year since.

The City would not provide us with historical water consumption records. But it did provide us with megalitres treated. But as mentioned in our article on the causes of the water crisis data, the relationship between water consumed and water treated is unclear.

Here’s what we think

The City has done well to provide vital basic information, and to keep it up-to-date. But at a time when there is immense and legitimate public interest in Cape Town’s water supply, scientists, SAWS and all three levels of government must make a greater effort to make more information available in ways that non-experts can understand.