Here is the status of Cape Town’s water supply projects 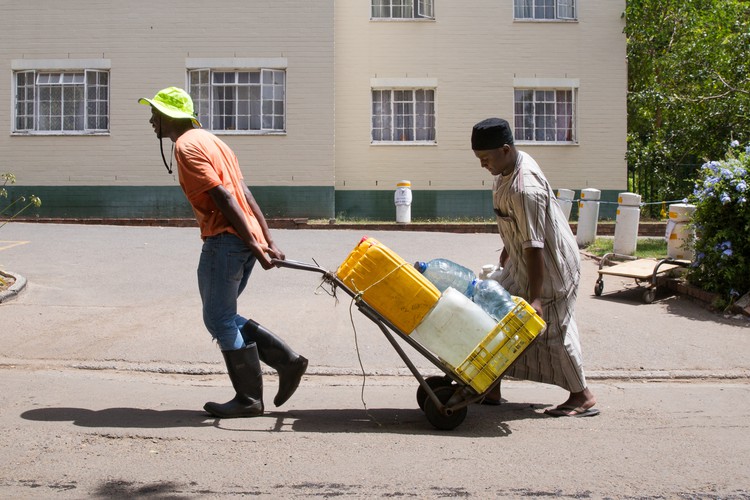 Although seven of the City of Cape Town’s eight alternative water source projects are running behind schedule, six of them will be feeding water into the system well ahead of the current Day Zero projection of 9 July.

One of the projects – a major desalination plant (to provide 100 to 150 million litres a day / MLD), which will be built on a yet to be finalised site in the Cape Town harbour, is still in the planning stages and is unlikely to be fully operational for at least the next 18 months to two years.

The City says it is aware of serious concerns raised by University of Cape Town scientists last week about the environmental impact of drilling operations for certain groundwater abstraction projects. The City said it will engage them to discuss their concerns. (See Rush to drill for water threatens our water supply.)

During a media briefing on Thursday, Deputy Mayor Ian Nielson gave a status update on the alternative water source projects that are planned to augment the City’s water supply with around 180 MLD.

Some 150 MLD will come from groundwater; 16 MLD from temporary desalination; 10 MLD from water re-use; and 4 to 5 MLD from the City’s Albion Spring in Newlands and the New Main Spring at Oranjezicht.

Three of the projects are small-scale emergency desalination plants that will collectively add a projected 16 MLD into the system by May 2018.

There are three groundwater abstraction projects that, collectively at their peak, should supply almost 150 MLD to the City. They are:

An eighth alternative water source – the temporary Zandvliet water recycling project that is expected to produce 10 MLD when reaching full production by June – is 55% complete and behind schedule, according to the Water Dashboard. Neilson said the City was currently reassessing the water re-use augmentation programme to align it with the licensing conditions of the aquifer water use licences issued by the national Department of Water and Sanitation.

“The water supply for the City of Cape Town and surrounding municipalities is in a dire state and there is desperate need to reduce water use and augment supply,” they wrote.

‘While we commend all efforts in this regard, at least one of the augmentation schemes, namely water abstraction from the Table Mountain Group Aquifer, is surrounded by a high degree of uncertainty and we are concerned as to the potential impacts on the environment.

“The current manner in which the project is being implemented poses a major threat to the integrity of our catchments and the quantity and quality of water they provide in the short- and long-term.”

Responding to a question at the media conference, Neilson said he was not personally aware of the letter. However, the City’s environmental compliance manager Keith Wiseman confirmed that the letter had been received. They were “very aware” of the concerns raised but had not yet had time to respond formally.

The Table Mountain Group Aquifer project was still in the planning phase and screening was being done to see whether boreholes planned in environmentally sensitive areas could be moved. The City would work “very closely” with both CapeNature and the UCT scientists going forward, Wiseman said.