Brewery workers want better conditions and to be insourced 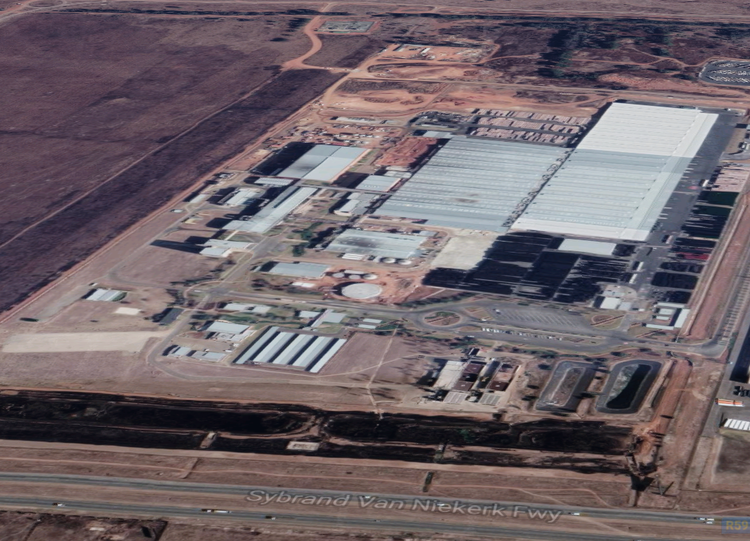 Outsourced workers at the Heineken brewery in Sedibeng want to be hired directly by the Dutch company. Photo from Google Maps

“We are working out in the rain,” said Motula Sididli. “We need basic shelter.”

On 9 October workers from Imperial Managed Logistics (Imperial), a labour broker hired by the Dutch brewing company Heineken, held a one-day strike at the company’s Sedibeng brewery, south of Johannesburg, outside Eikenhof. They demanded better working conditions and direct employment by Heineken.

The strike was interdicted by the Labour Court.

Then workers went to the Heineken offices in Sandton last week, in what Imperial has described as an “illegal protest”. The workers deny it was illegal. But Sididli and other strike leaders were suspended and now await a disciplinary hearing on 7 November.

The strikers are not unionised, but they are represented by the Heineken Workers’ Forum. “We need Heineken benefits because we are Heineken workers,” said Sididli. “We need protection. We aren’t receiving enough money to feed our families.”

“In eight years I have never had one disciplinary hearing, but now I am afraid they will dismiss me because I have been educating other workers about their rights,” said Gladys Thaane, an employee of Imperial and also a suspended Heineken Workers’ Forum representative.

Thaane works as a line checker at the Sedibeng brewery which produces Heineken, Amstel and Windhoek Lager.

Thaane said about 60 workers went to the Heineken Head Offices last week to meet the management of Heineken. She denied that it was a protest.

“We just wanted to introduce ourselves as the casual workers to Heineken management, because in one of the meetings at the CCMA [Commission for Conciliation, Mediation and Arbitration] the Heineken representatives said they didn’t know most of us,” said Thaane.

She said the workers hoped that management would meet with the workers and recognise them as employees because they do the same work as the permanent employees.

Meme Makaula, an organiser at the Casual Workers Advice Office, said the workers were given suspension notices for “gross misconduct” and “acting and behaving in bad faith” for going to the Heineken head office. The suspension letter says the workers prevented Heineken from conducting its normal business, which negatively affected the relationship between Heineken and Imperial.

After the strike started, Heineken stated: “The concerns raised by casual workers is around a shelter provided for bottle sorters stationed at the Sedibeng Brewery. These condition were improved several weeks ago after workers raised their concerns. A temporary measure was implemented by erecting a provisional shelter, and recently a permanent working environment was provided, which complies with health and safety standards.”

She said Imperial interdicted the workers from striking three times, and that there was an ongoing case at the CCMA to make the workers permanent employees of Heineken.

In a statement provided to GroundUp on Thursday, Heineken called the assembly a protest, and deemed it outside of its jurisdiction. The beer brewer says the dispute must be dealt with between Imperial and its employees.

Heineken did not directly address the strikers’ demands for Heineken employment, and instead said, “Imperial has a commercial contract with Heineken South Africa and Imperial is the sole employer of the workers.”

Addressing concerns over insufficient pay and work conditions, Heineken stated, “We have in the past conducted an audit, working with an independent consultant to evaluate our relationships with all our service providers to safeguard fair treatment of all workers who supply services to Heineken South Africa.

“We provide a safe working environment for all workers, including those outsourced to our brewery. We respect the principle of minimum wage and workers are fairly remunerated in line with industry standards.

“It is not in Heineken’s interest to mistreat or underpay any worker, and we continuously engage with our service providers to make sure that we operate within the spirit and the letter of the law.”

CORRECTION: The article originally incorrectly stated that the one-day strike on 9 October was unprotected.