Homes are leaking and walls are cracked, they claim 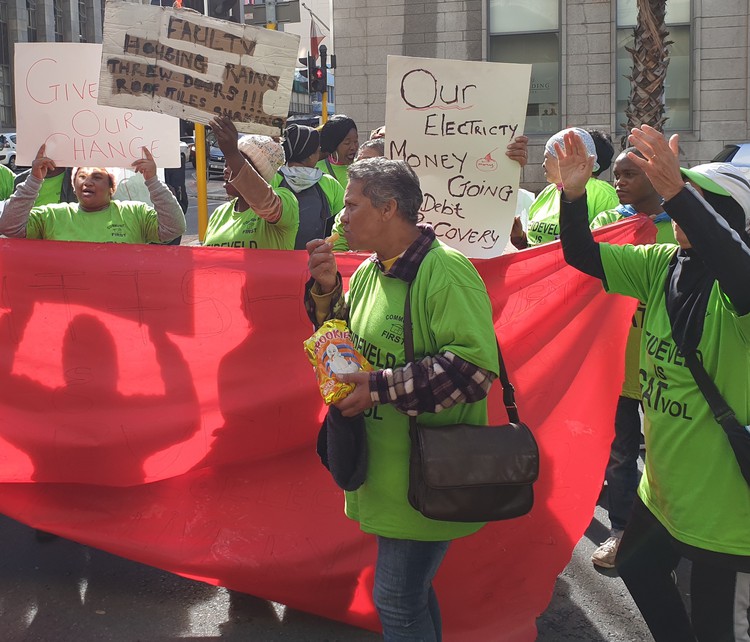 About 50 residents from Heideveld marched to the Western Cape provincial legislature in Cape Town on Wednesday. They demanded an urgent response from the Department of Human Settlements regarding their housing problems.

The residents moved into their new RDP houses about three years ago. They claim the houses have been built with substandard material, the ceilings leak when it rains, the walls have cracks, rain seeps through the walls and doors, and there is no ventilation wall vent.

They carried posters saying: “Faulty housing, rains through door and roof tiles” and “Our electricity money going for debt recovery”. The residents also claimed that their water and electricity bills were too high and that the houses were not ideal for people with special needs.

Chairperson and spokesperson for the Heideveld Residents Association, Vanessa Sauls, said there were many problems in Heideveld that were not being solved. “We have been in contact with the human settlements department for a while now and unfortunately those that we have been communicating with have left the department. But we are now giving those in charge 14 days to respond to our cries because our issues go beyond housing.”

Surya Visagie moved into her home three years ago. She said her house was falling apart. She said the stairs leading up to her bedroom were broken, her house had huge cracks on the wall, and the roof was leaking. “The tiling on my roof is falling off and my walls are mouldy.”

A memorandum was accepted by Marcellino Martin, spokesperson for Western Cape Premier Alan Winde. By the time of publication the provincial government had not responded to a request for comment.