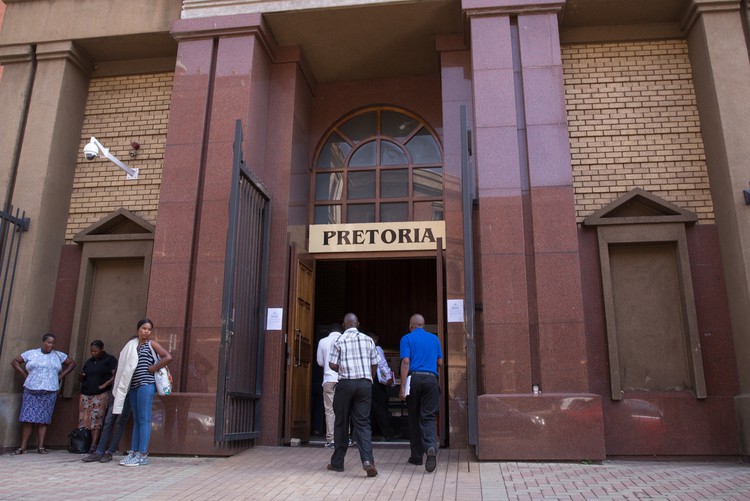 Judge Norman Davis of the Pretoria High Court ruled against the Hawks on Friday in an application brought by Prasa. Photo: Ashraf Hendricks

Judge Norman Davis of the Pretoria High Court ruled against the Hawks (Directorate for Priority Criminal Investigation) on Friday in an application brought by the Passenger Rail Agency of South Africa (Prasa).

On 29 May 2017, then Prasa Board Chairperson Dr Popo Molefe launched an application against the Hawks. He asked the court to declare that the Hawks had failed to conduct and finalise investigations into alleged irregular tenders between Prasa and Siyangena and Swifambo. The tenders were concluded between 2009 and 2013 under former Prasa CEO Lucky Montana.

The Hawks opposed Molefe’s authority to bring the application, describing it as “fatally defective”. But, in response, Prasa’s attorneys argued that the Prasa Board had taken the decision to institute the application.

Judge Davis, on Friday, ruled in favour of the Prasa board. He found that Molefe was “duly authorised” to bring the application. It can therefore proceed. The Hawks have five days to provide a responding affidavit to the original application.

The judge further ruled that civil society organisation OUTA (Organisation Undoing Tax Abuse) can join as a co-applicant. The Hawks had also opposed this.

In his judgment Davis said justice had been obstructed because “organs of state indulge in costly squabbles … rather than engage with the merits of the matter.” The Hawks were ordered to pay both Prasa’s and OUTA’s legal costs.

Davis said that “fruitless, wasteful and irregular expenditure of between R9 billion and R14 billion are alleged” in these tenders.

Reacting to the judgment, OUTA CEO Wayne Duvenage said: “We fought for this … It’s sad that civil society has to join the case for the Hawks to do their work.”

OUTA joined the application “in the public interest” and because it had the same view of the Hawks investigation into corruption as Prasa.

Duvenhage said, “The Hawks were ruled against with costs, and we hope that they have a change of heart as a result of this and will actually do their jobs.”

Head of Legal Affairs at OUTA Stefanie Fick said: “We hope the application is done as soon as possible. The longer it takes the longer the Hawks are not investigating. We need to get back to reality and start investigating the corruption at Prasa.”