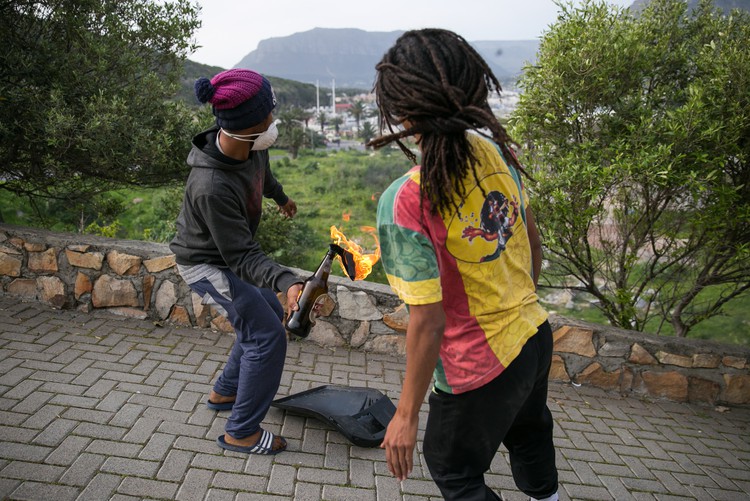 On Tuesday Hangberg was the scene of a violent confrontation between residents and police after residents protested over fishing quotas. A 14 year old boy was shot in the mouth by public order police. As the day progressed, things continued to escalate.