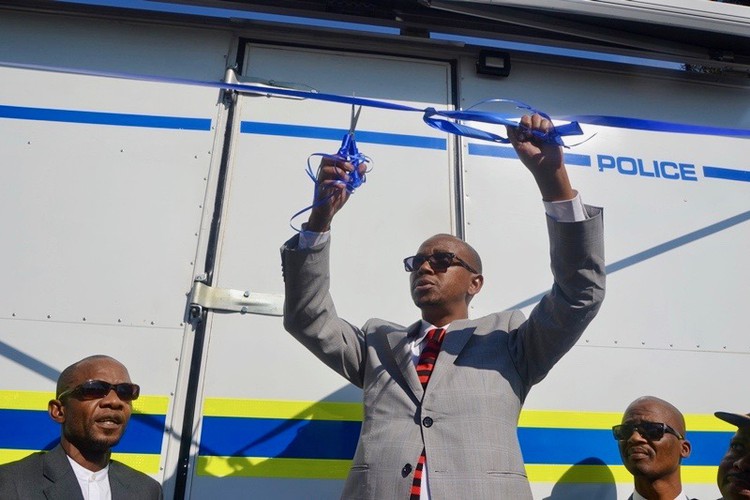 On Friday, Deputy Minister of Police Bongani Mkongi handed over the mobile police station for Gugulethu Community Health Centre at KTC Day Hospital which he had promised on 24 May.

The week before, residents and workers at the clinic had protested over the high rate of crime in the area, the murder of a porter, the robbing of staff members and a general lack of safety in the vicinity of the clinic.

Ncedisa Ngcobondwana, a community advocate from Treatment Action Campaign, said, “We were shocked yet happy with the quick response …We thought it would take long for our request to be accomplished.”

She said they were in luck that the deputy minister had been around at the time of the march and that they could hand their memorandum to him.

Nowi Mdayi, a member of the Gugulethu community health forum, said the residents must take ownership of the mobile police station. “We are the people who are going to identify criminals, and we need to report them.”

Mkongi said, “Take it [the mobile station], it’s yours. You must use it to fight crime.”

He said, “Everyday, young people are dying in front of us. Our grandfathers and grandmothers are being shot by these criminals. So we need to work together so that we can fight crime.”

He said people had to be the eyes and ears of the police.

Monique Johnstone, Western Cape Government Health spokesperson for the area, said, “The safety of our staff and patients is our main priority and we welcome the mobile police services, and hope that it will become a permanent fixture in the community.”