We hope that it will be a temporary and effective measure; the verdict is out 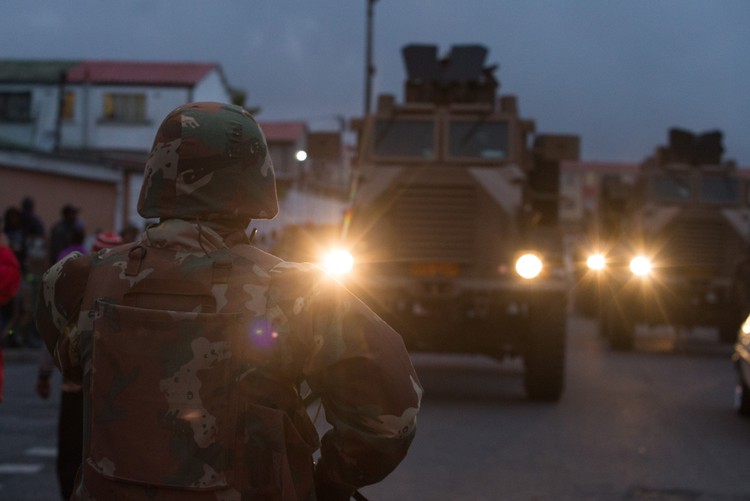 The apartheid government used the army to crush resistance in townships in the 1980s. Together with the police they dished out arbitrary “justice” and committed numerous atrocities. South Africans are rightfully weary of the military being used for law enforcement.

But violence on the Cape Flats is extreme. In 2018 Cape Town had 2,868 homicides, an estimated murder rate of 66 per 100,000, apparently the 11th highest in the world of cities that record this kind of statistic. (Many more cities, such as those in a state of war or with poorly resourced statistical bureaus, are unable to record homicide statistics accurately, and some are more dangerous than Cape Town. But this is cold comfort, especially to the residents of Nyanga, Manenberg and Hanover Park.)

The police, severely under-resourced, appear almost powerless to stem gang-related murders. This is why Cape Flats residents, who describe themselves as hostages and who live in fear, welcomed the deployment of the SANDF on Thursday. Under apartheid the army was not welcome, and this is a different army as President Ramaphosa has emphasised. But armies are dangerous and not meant to be used to do the job of the police.

It’s too easy to criticise the SANDF deployment if one lives in a safer suburb (although very few suburbs in Cape Town are safe compared to most of the world). We hope that it will be a temporary and effective measure; the verdict is out.

The fact that it has come to this is a failure of our society. It’s hard to articulate the causes of this failure. Why homicide rates are high here and low there, or go up and down, is a much studied but contested area of research.

Nevertheless, we suspect a combination of factors have created this situation: poor policing; absurdly slow court systems; prisons that turn people into worse criminals by the time they leave than when they came in; the breakdown of community and family life in part because of economic hardship, especially unemployment; a lack of extramural facilities for youths; the popularity of hard drugs among many young people trying to cope with their difficult circumstances; and numerous gangs that are able to sell drugs to buy illegal firearms, sometimes from corrupt police officers.

Unless these problems improve we may find that sending in the army becomes normal. It should never come to that.