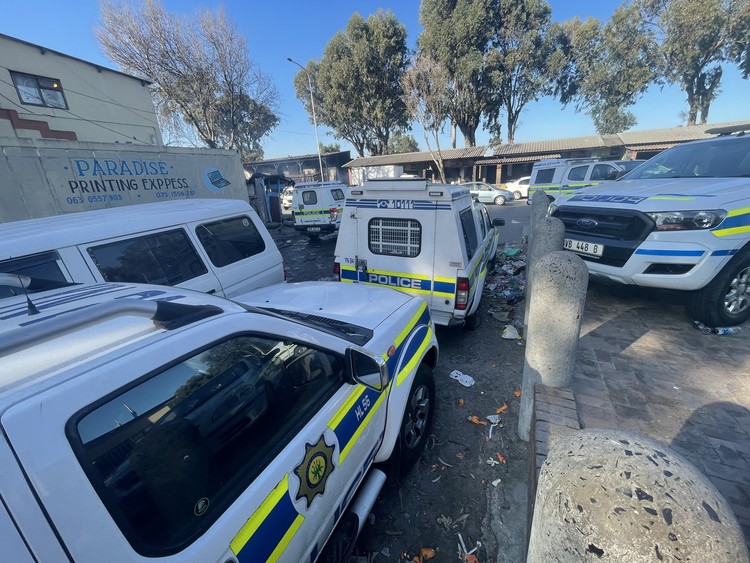 Two GroundUp reporters were hijacked and robbed in Philippi, Cape Town, on Friday, at the corner of Govan Mbeki Road and Amsterdam Street.

Ashraf Hendricks and Mary-Anne Gontsana were caught in traffic returning to GroundUp’s offices after covering the Phefumla Annual Festival, an arts event in the streets outside Philippi Village. Three young men forced their way into Hendricks’s car. Two men targeted Hendricks, and the other Gontsana.

Hendricks was punched in the face and both reporters forced out the car. The hijackers seized the vehicle and drove off. Hendricks and Gontsana’s cell phones and wallets were stolen, as was Hendricks’s camera gear. Hendricks’s clothes were torn.

Left with no money, they sought help from nearby bystanders. They were given a lift to Nyanga police station by a “good Samaritan” who had witnessed the attack. On arriving at the police station, the reporters called GroundUp’s offices, and two other GroundUp employees went to collect them.

While at the station, Hendricks and Gontsana were told that there had been three hijackings in the area that day. They saw an Uber driver, head bleeding and shoeless, giving his statement – a requested ride had turned out to be an ambush.

Earlier in the day, Hendricks and Gontsana were advised to take a different route home, as there had been many hijackings in the area this week. Unfortunately, that way also turned out to be unsafe.

While Gontsana and Hendricks were giving their statements, another person arrived at the station to report that they too had been hijacked. The police officer taking that statement told the driver that “they definitely have a target for today”.

A curious police officer at the station asked Gontsana where the hijacking occurred. Gontsana described the location, to which he replied, “Ah, you don’t stop at those robots.”

Outside the police station, GroundUp counted at least 20 police vehicles, most designated as “visible policing”, empty and idle in the parking lot and surrounding streets. Inside, police were coming and going with almost no sense of urgency. The roads around the police station were chaotic.

No case number was forthcoming. We were told that the police station computer system was offline, apparently due to loadshedding.

When Gontsana called her bank to cancel her cards, she was told that they had already been used to buy items at a nearby Spar, a liquor store, and other shops.

At 4pm, an officer at Nyanga police station called Hendricks to say that they had found Hendricks’s car on Bram Fischer Road with its windows smashed and battery removed.

Hendricks and Gonstana were both shaken, but did not suffer serious injury. They will receive counselling.