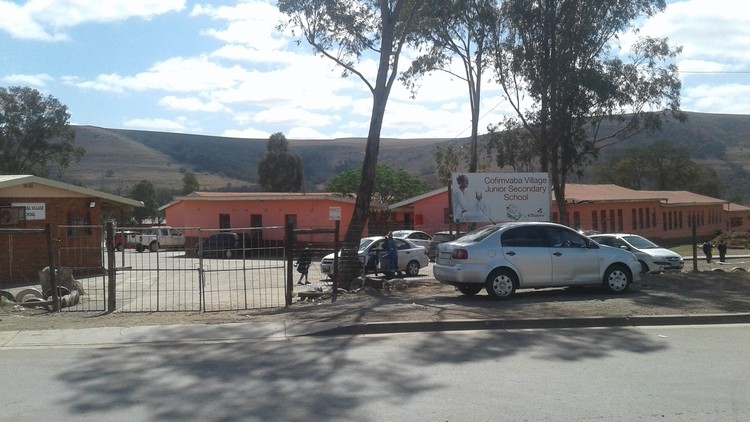 A GroundUp reporter who was investigating allegations of misuse of school funds was physically threatened by teachers at a Cofimvaba school on Tuesday.

I had made an appointment with the principal of Cofimvaba Village Junior Secondary School Sihlalo Rulwa to discuss a letter to the Eastern Cape Department of Education signed by him and seven members of the School Governing Body (SGB) accusing a clerk at the school of pocketing nearly R10,000 of school funds.

The clerk is alleged to have cashed in cheques addressed to a security company and other service providers.

Former School Governing Body chairperson Themba Mxoli, who found out about the mismanagement of funds, said the clerk had admitted to the SGB and parents that he had used the school money for his personal use and had promised to pay back the money.

He said the matter had been raised with the department, but he had not been contacted. He had decided to resign as SGB chairperson because he felt that the department was not taking the matter seriously.

He was also concerned that he had been asked to sign cheques for certain teachers who claimed that they used the money for school purposes but had failed to produce slips.

“We reported this matter in December last year. After ten months the department is still investigating and that is disappointing,” he said.

I contacted Rulwa about the allegations and was invited to visit the school on Tuesday 29 October.

I was called into a meeting with six teachers, five heads of department, and two SGB members.

Rulwa asked me to name the person who had leaked the story to us.

When I refused, I was told that I would not be allowed to leave until I had named my source. One of the teachers said they could beat me until I named the person who leaked the story.

“We can beat her, that is why journalists are being beaten,” said another teacher. “Do you know that you can leave the school in blood?”

Rulwa intervened. “Go Nombulelo, just go,” he said as I quickly opened the door and ran.

During this time the clerk was hiding behind his desk and I was not given a chance to speak to him.

ECDoE spokesperson Malibongwe Mtima said the clerk was facing charges of misuse of funds and breach of contract and a disciplinary process had been completed.

In February 2018, GroundUp reported on a Tembeni Primary School principal who was alleged to have pocketed a sum of R92,000 paid by parents for school uniforms. The principal later resigned while the department was investigating the allegations.

Corruption Watch has previously pointed to high levels of corruption in schools, noting that in 2016 schools were involved in 1,431 – more than a quarter – of the 4,391 cases referred to it from around the country.