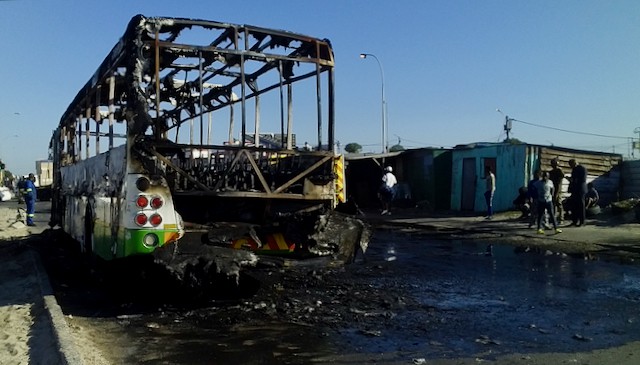 Two Golden Arrow buses, two City of Cape Town vehicles and an Eskom vehicle were petrol bombed in Nyanga and Philippi on Friday. Informal car taxi drivers, popularly known as amaphela, are accused of being behind the attacks as they were protesting against the impounding of their cars by the traffic department.

Eskom said they have suspended their services in Philippi and Nyanga after their vehicle was set alight on Friday. In its statement, Eskom said taxi violence in parts of the Cape Flats is posing a significant threat to the safety of staff travelling in Eskom vehicles.

Taxi drivers we spoke to in Govan Mbeki Road said about 20 of their vehicles were impounded on Thursday. One of the drivers said it is clear that the City is targeting them. “They know we do not have permits because the City does not issue permits to us,” he said.

“While the motive has not been established, we suspect it could be in response to operations yesterday to locate the taxi driver and owner who escaped custody when the Philippi East police station was violently attacked last week,” said Smith.

Swartbooi said police and other law enforcement agencies were on the scene monitoring the situation. 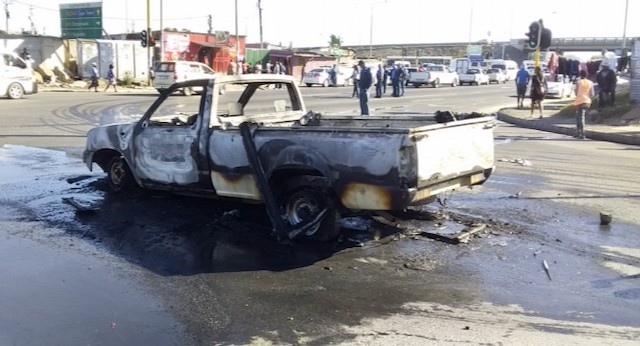 Five vehicles were petrol bombed on Friday in Cape Town