Going green is not just a white issue 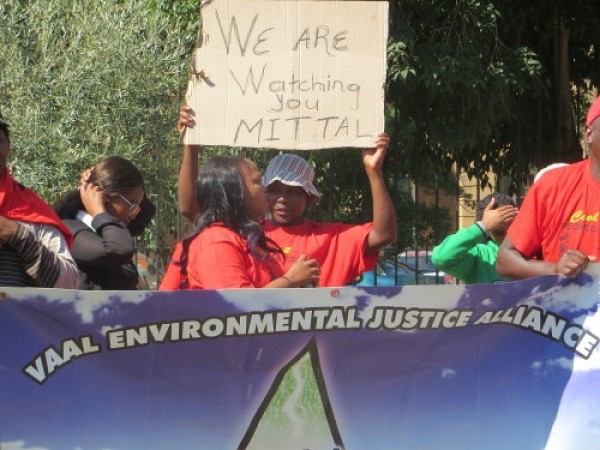 Environmental issues are still seen as white and middle-class concerns in South Africa. Environmental concerns are seen as elitist, yet it is black and poor South Africans who are most affected by dirty industrialism.

This issue of race and class was among topics discussed at an Earthlife Africa gathering last month and is likely to be the spoken or unspoken crux of our environmental politics.

Viewed through the very narrow lens of traditional conservation, environmentalism does garner most support (both financially and as a cause) from white South Africans. Conservation is the best-funded environmental activity in the country. The state – a black run state for that matter – continues to give support for conservation (since 1994 the budget for conservation has increased manifold) as it is also closely linked to the monetisation of nature and eco-tourism.

Corporates are also often willing players in the conservation space. The mining industry is often involved in the protection of vast areas of land for conservation, usually as part of the offset policy (where mining companies invest in other land to offset damage done by mining).

But environmental issues related to the “dirty industrialism” that plagues black and poor South African communities are often far from the mainstream consciousness.

These communities are the least able to take on polluters, public or private. In some cases, intermediaries like environmental NGOs have tended to step in and support communities taking on these struggles – whether financially or through the provision of other resources.

Left-leaning white activists have taken up some of the concerns of South Africa’s poorer communities, focusing on issues of food, water and energy security, for example.

But the same cannot be said for brown issues. Yet battles over pollution, toxic waste and other issues where big corporate players continue to hold power, are at the core of the economy. These battles are diverse, fragmented across South Africa, and not co-ordinated under a unified national body.

Activists have produced some victories for grassroots organisations by taking on mining companies and polluters in the Vaal triangle and elsewhere. This has required the backing of NGOs who have been able to provide good lawyers and the funds to litigate against the infringers.

But despite these wins, one still gets the sense that there is also a feeling of helplessness. While the grassroots activists attempt to link issues of environmental justice with anti-capitalism, the system itself has hardly buckled. It merely continues from one day to the next, taking the hits and administering a few of its own.

The truth is that although environmental justice issues remain the most relevant struggles today, they continue to be treated by those in privilege as somewhat irrelevant. Not only has environmental justice not captured the attention of the white elite, with countless surveys showing that money is still being directed exclusively to animals and animal welfare, it is also failing to capture the attention of the new black middle class who prioritise upward mobility over environmental concerns.

Environmental justice is seen as something best left to the state, the result of historical burdens, and not an issue that deserves contributions from their own pockets. Raising funds to fight environmental justice battles from ordinary citizens in South Africa, compared to other countries, is nigh impossible.

This marginalisation of environmental justice issues can be attributed to a number of factors.

The environmental justice movement has shrunk compared to its heyday when it organised itself under the umbrella of the Environmental Justice Network and Forum with 500 or so members. This was a powerful lobby group because of its depth of membership and national spread. The forum was influential in bringing change and was willing to work with the ANC in the early period of its rule.

Today’s environmental justice issues are strongly linked to our energy-intensive and polluting industrialisation and can only be resolved through politics which involves economic players. To some extent this is happening with the anti-nuclear campaign, where a broad-based alliance exists, even if most of it is through shared sentiment rather than organised formations.

But in general the environmental justice movement is not close to building the broad political alliances necessary. Tactics are dominated by ideological puritanism rather than by a focus on outcomes that will inevitably have to involve some compromises and pragmatism.

The environmental justice movement does not only face a transformation challenge. It also faces the challenge of a new type of politics involving alliances with those with whom members may not share ideological affinity or even a common vision.

Most environmental organisations in South Africa, from conservation to environmental justice, are still dominated by educated white South Africans passionate about their cause. And, so the inadequacy of representation within the movement influences the degree to which these movements can penetrate broader black society.

There is a need for growing senior black leadership with the environmental movement.

But the issue that will confront black and white leadership in the movement is how best to tackle this system of which they are so critical. This is something that was missing from the discussion at the ELA conference but will hopefully be tackled in more detail going forward.

Like other activist movements, environmental justice movements are not without friction within themselves. Sometimes a common enemy can be a unifying force, but there are real sources of contention between environmental activists: some want to overthrow the system while others simply want to deal with maleficent corporates and government officials. Politics, strategy and tactics are in reality influenced by which end of the spectrum of ideological or pragmatic politics one sits.

Should the movement hold onto pure ideals at all costs, or should it rather help to shape a workable - if messy - reality? The way the movement responds to this challenge will shape its future.

Fakir is Head of Policy and Futures Unit, WWF-SA. Views expressed are not necessarily those of GroundUp.