William Mthembu and Thokozani Machi, known as the “big fishes” at Glebelands hostel, were murdered in 2015 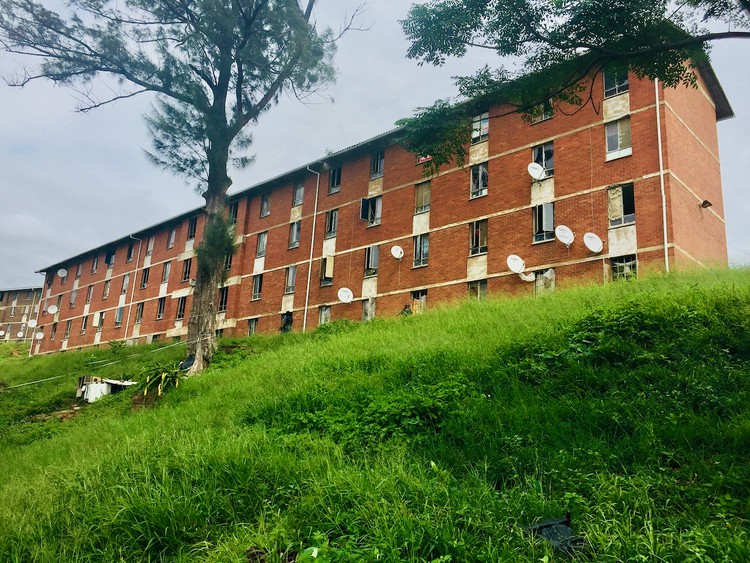 State witness says there were arguments among hostel residents over who should get paid and how the money raised for the murder of William Mthembu and Thokozani Machi was to be spent. Photo: Nompendulo Ngubane

A reward of R160,000 was put up for a hitman to murder William Mthembu and Thokozani Machi, known as the “big fishes” at Glebelands hostel in Umlazi, north of Durban.

Mthembu was believed to be controlling the chairpeople of various hostel blocks and Machi was said to be his hitman, according to a state witness, who testified in camera in the “Glebelands Eight Trial” in the ​​​​​​Pietermaritzburg High Court on Thursday.

Both Mthembu and Machi were shot and killed on 12 September 2015 at Montclair.

Under cross examination by state prosecutor Dorain Paver, the witness told the court what he saw on the day Mthembu and Machi were killed.

He said he was returning from work on a Saturday around 2pm when he saw two cars. “The cars were parked near block 52. Inside the Nissan, which was a sedan, there was Zikhu Mtolo, Mbhele (accused number 8), Mcobothi (accused number 3) and Mbuthuma (accused number 2). Mbhele, Mbuthuma, Mtolo and Mcobothi were carrying guns. I asked Bonga [alleged hitman Bonga Hlophe, now deceased], what had happened. He said they were going to kill Mthembu. After that the sedan car took off.”

Bonga asked if he wanted to accompany them and so they followed in a double cab, he said.

Paver asked why he had gone with Bonga.

“I wanted to see if they really kill these people. The police I was working with gave me an instruction to keep my eyes on them so that I can see what they were up to.

“We followed them with Bonga. We stopped near Shoprite in Montclair. The sedan was parked but four occupants were not there. It was only the driver who was in the car. The indicators were on. We heard the gunshots going off. Bonga called the driver of the sedan car asking if they were done. I could not hear his response,” he said.

The witness said they immediately drove down a road that goes past Shoprite. “Mcobothi, Mbuthuma, Mbhele and Mtolo were there. The ones who had been shooting occupied front seats of the double cab. Others went into the back including myself. The car got into the freeway back to Glebelands hostel. When we reached the gate Bonga started hooting. Other residents, including women, were there celebrating and firing shots. During the celebrations Mbuthuma injured himself with his own firearm,” said the witness.

The witness said the next morning secretaries from different blocks collected money from the residents. He said he was then called in a meeting in one of the rooms of a resident by the surname of Ndlela.

“In that meeting Mcobothi, Mbhele, Bonga, Mdweshu and Nathi Shezi were present. They were having a conflict about who would be given the R160,000 for killing Mthembu and Machi. The money was on the bed. It transpires that Mdweshu and Bonga didn’t want to give the money to the people who had done the job anymore. They ended up getting R10,000 each.

“Mdweshu was arguing that what they had done was crime so the money should be saved to pay lawyers and investigating officers to make the case disappear should any of them get arrested. The money left was taken by Mdweshu and Bonga,” said the state witness.

The case will resume on Monday, when the witness will be cross examined by Advocate Martin Krog, representing Mdweshu and Ntshangase.