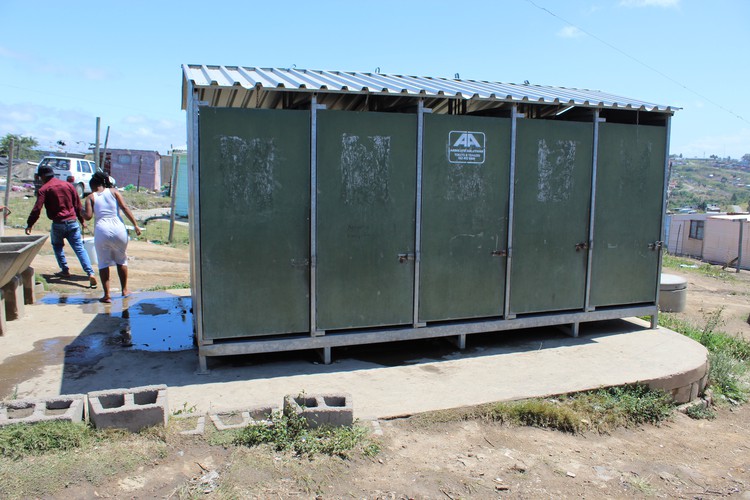 Silver Town informal settlement in East London’s Mdantsane has only ten toilets for 500 families, say community leaders - and six of them are blocked.

ANC ward councillor Mashwabada Gcilishe blames residents for the blockage of toilets. He says residents run their own pipes to take water from the pipes running to the toilets, to install standpipes in their own yards.

Gcilishe says every week Buffalo City Metro Municipality unblocks the toilets but a day or so later they are blocked again. He says he has tried to stop residents from installing standpipe taps next to their shacks with no luck.

But residents said the two taps installed next to the toilets are not sufficient for the whole settlement. Silver Town was formed in 1990. And the number of shacks is increasing.

For electricity, residents rely on illegal connections to the railway line which is a kilometre away from the shacks. They say they used to connect electricity from the nearby traffic lights but the municipality cut their lines two years ago.

They say the electricity from the railway line is very weak, and they only use it to charge their phones and for lights.

There are no streets and rubbish is not collected. Residents say they burn it.

When community leader Yonela Mabhele showed GroundUp the area earlier this month, the smell of dirty water from the blocked toilets was unbearable.

“These toilets are not enough. This community is very big. That is why they get blocked so often.”

Mabhele says she has been living in the area for more than seven years and she and others have written a number of letters to the municipality and to Mayor Xola Pakati asking for electricity with no luck. They recently protested blocking the road with burning tyres.

She says they marched to Pakati’s office in July, and they sang outside the City Hall until it was late but no-one attended to them and they came back with no answers.

Another community leader Ayanda Ndongeni says the municipality does not bother to clean the informal settlement. He says in 2018 at a mayoral imbizo called by Pakati in Mdantsane residents were told that their grievances had been written down and Pakati would send delegates to follow them up.

“But that never happened.” He says he raised the issues again this year and “we are still waiting”.

Gcilishe says he is negotiating with the municipality to get electricity.

Questions sent to municipal spokesperson Samkelo Ngwenya on 13 November were not answered. We followed up with emails and WhatsApp messages, with no success.