Despite apologising, Dlamini continued to do it, testifies Thokozani Magwaza 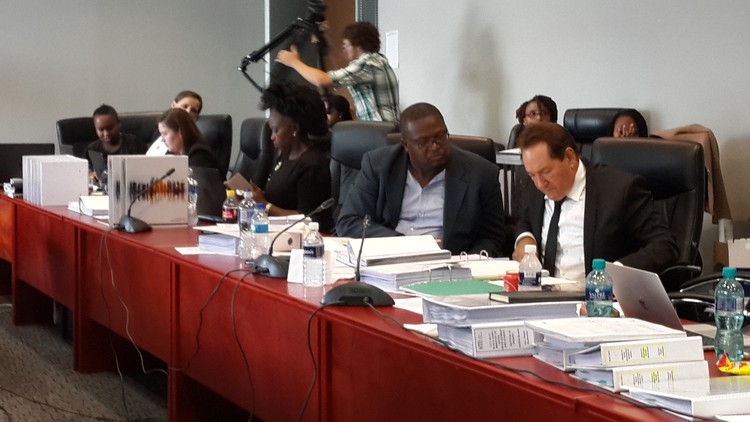 Former South African Social Security Agency (SASSA) Chief Executive Officer, Thokozani Magwaza, told a hearing on Friday that Social Development Minister, Bathabile Dlamini’s “workstreams” had hindered the day-to-day operations of SASSA. She had set up these workstreams so that SASSA could take over the payment of social grants from a private company.

In a letter sent to the Constitutional Court on 3 April 2017, Magwaza accused Dlamini of establishing “parallel decision making and communications processes that bypassed SASSA officials”.

The inquiry, chaired by retired Judge Bernard Ngoepe, is trying to determine

Richard Solomon, the advocate representing Magwaza, asked him to read from his affidavit that he submitted to the court.

“These workstreams were given a broad mandate to take over the implementation of the project and SASSA was instructed not to interrupt or delay them. The workstreams reported directly to the minister and not SASSA,” read Magwaza.

Solomon asked Magwaza to elaborate on his statement.

Magwaza responded by saying he was invited to a meeting where the workstreams would report to the SASSA executive committee for the first time. In the meeting, he said he told the workstream leaders that they should have consulted with SASSA before doing any work.

But even after they resolved the issue, Magwaza said that the project manager of the workstreams, Zodwa Mvulane, and Dlamini continued to have meetings and discussions with the workstreams without his involvement.

“This is how we ended up with the issue of parallel processes … It was impacting our day to day running of the organisation”, said Magwaza.

In her statement on Wednesday, Dlamini blamed Magwaza’s “lack of communication” in the crucial time between November 2016 and March 2017 for the delay in important tasks. Solomon asked Magwaza to respond to this statement.

“That is not true. As I said before, I travelled with the Minster more than anyone in the department,” said Magwaza.

Judge Ngoepe adjourned the hearing early because he was not feeling well. He asked Magwaza to return on Friday 2 February for further cross-examination. Final arguments will be made on 9 March.