The forgotten people of the Western Cape 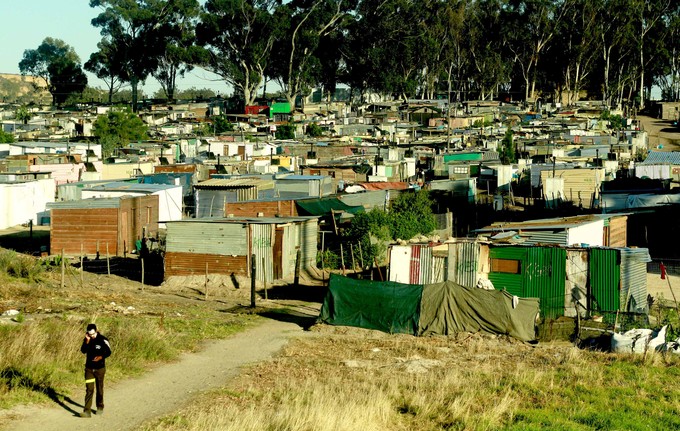 Klipheuwel is an informal settlement about 10km north of Durbanville.

Klipheuwel is an informal settlement about 10km north of Durbanville. It seldom gets any news coverage. Following a protest late last year over lack of services in the area, GroundUp’s photographer, Masixole Feni, spent time in the area.

According to the 2011 census, Klipheuwel had just under 2,300 residents living in 760 households, of whom over 60% live in shacks. Most residents do not have access to electricity, piped water or flush toilets in their homes.

Community members said that they are the “forgotten people of the Western Cape”. They complained about service delivery, particularly problems with toilets. 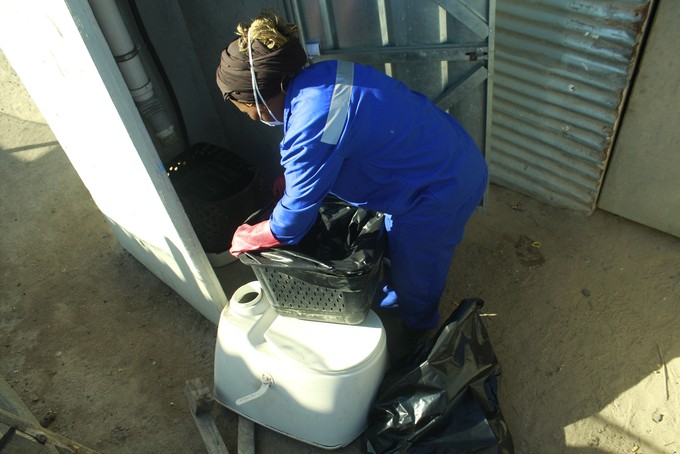 A worker empties a toilet.

The bags are then dropped on the corners of each street. A bakkie is supposed to arrive at 8am to collect the waste. But on this morning, it came at 10am. It was hot and children played unattended near the plastic bags full of faeces, with flies buzzing all over. 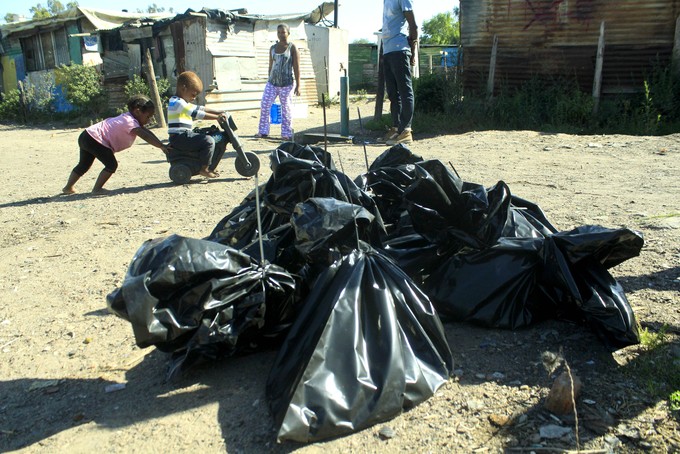 Children play near bags of faeces that are waiting to be collected.

The workers complain that they can’t clean the buckets or the area where the bags have been dropped because they are not provided with chemicals to clean. They also complain that they are only paid R1,200 every fortnight. They said they should be getting a decent wage because the work they do is so disgusting and people make fun of them. 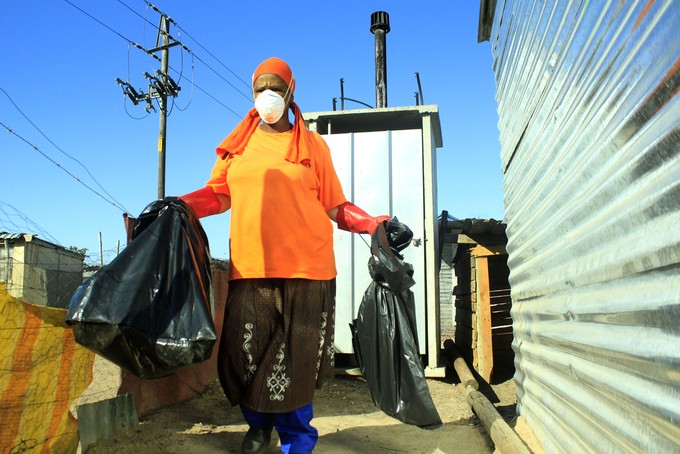 A worker carries faeces away.

Residents complain that the faeces are left for too long outside.

By 10:30am the bakkie was transporting the waste to Borcherds Quarry near the airport. 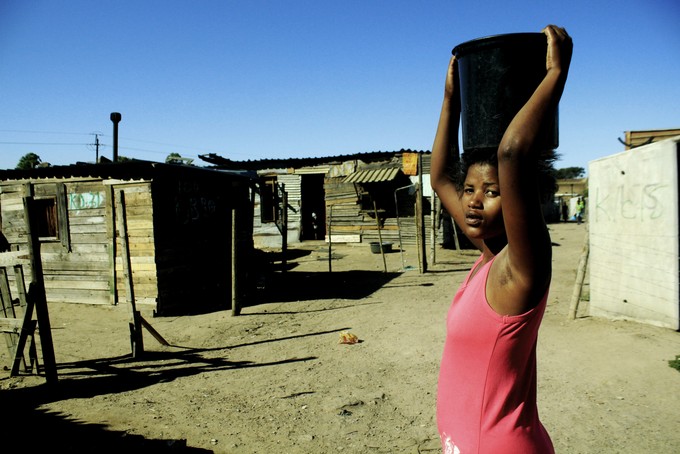 Sinelizwi Libele carries water home after having collected it from the communal tap. 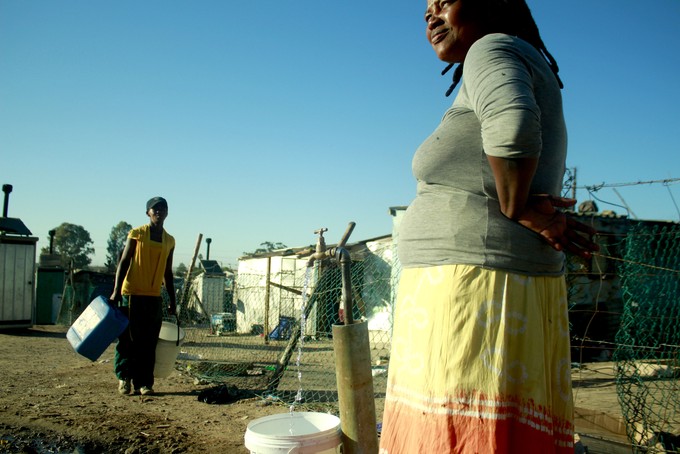 It is Noluthando Ngqwayitane’s turn to collect water. 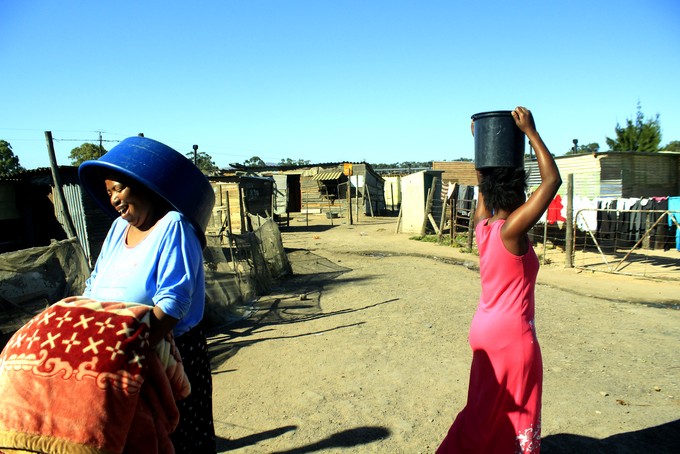 Anne Ngubo is on her way to the communal tap to wash her blanket. Sinelizwi Libele carries her water home. 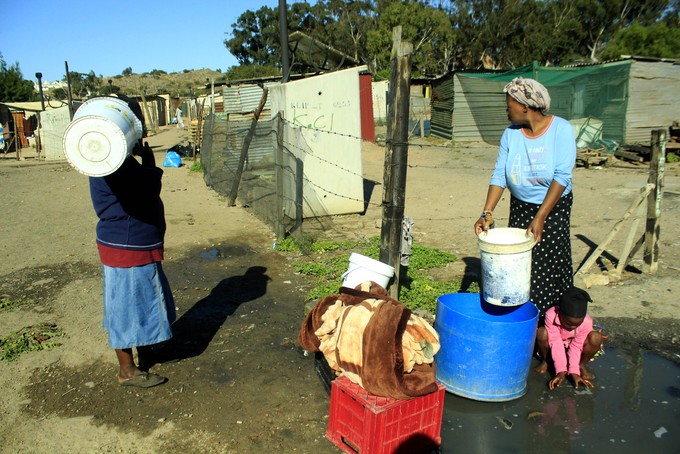 People queue from early in the morning to collect water. 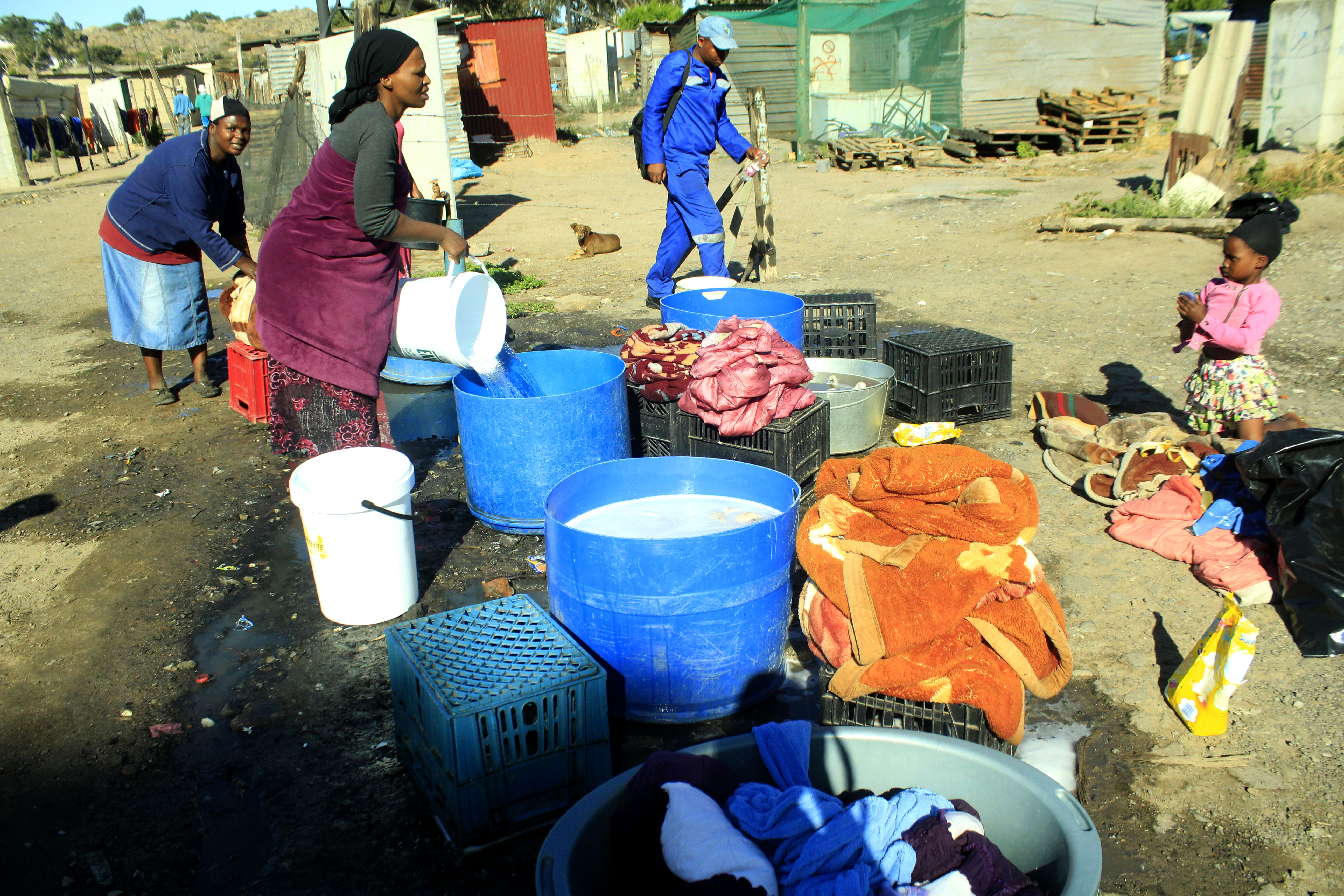 Many families wake at 5am to be first in line for the communal taps. 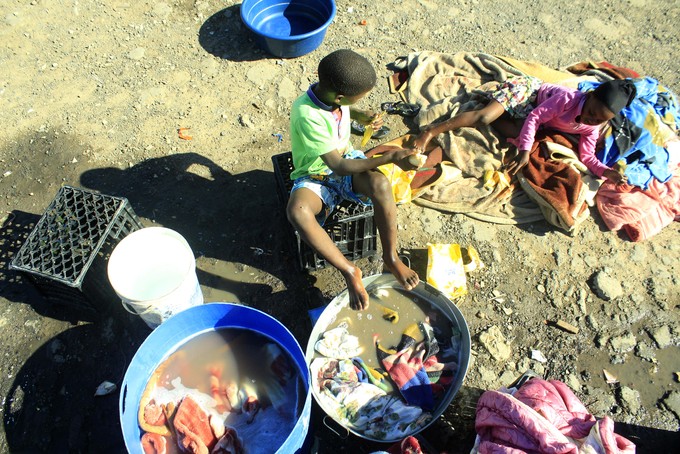 Children look after their washing while mom is doing another chore. 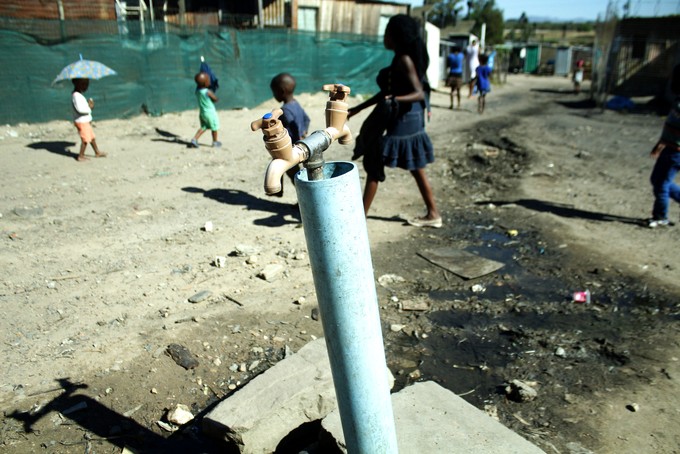 A communal tap. In the hot afternoon they are not used much.

This photo essay is part of Masixole Feni’s work for the UCT Ernest Cole award, for which he was the 2015 recipient.