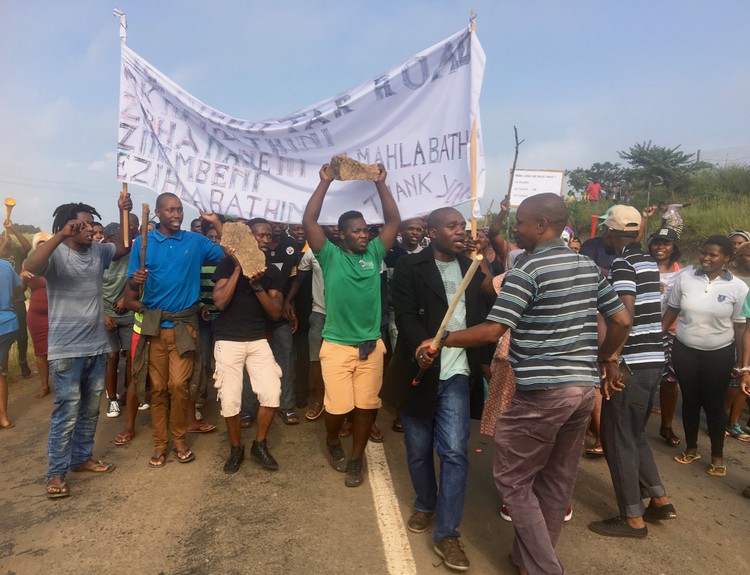 Several communities in and around Pietermaritzburg protested about the condition of their roads. Pictured above are protesters from Maqongqo on Monday. Photo: Nompendulo Ngubane 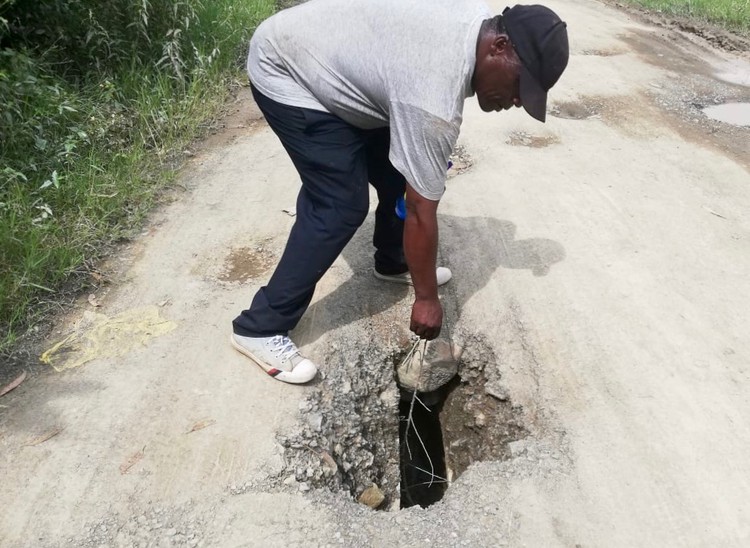