Minister Barbara Creecy agrees to some of their demands 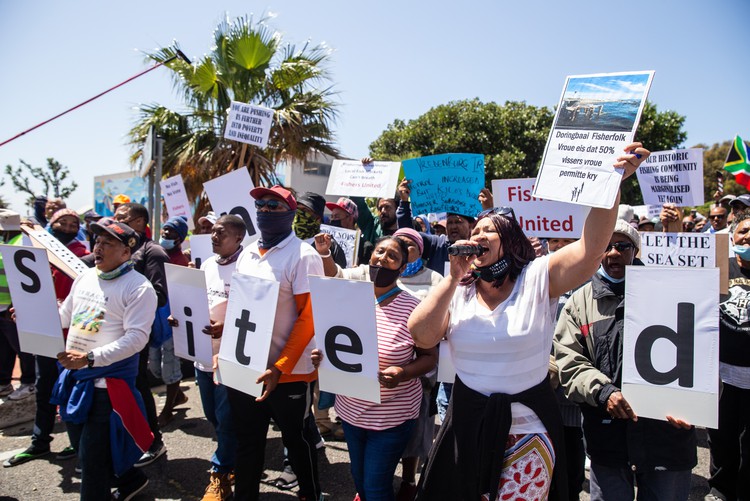 More than 200 fishers from across the Western Cape and Northern Cape marched to Parliament on Thursday to voice their dissatisfaction with the newly announced decrease of the lobster quota on the West Coast.

Fishing communities, who came together under the banner of Fishers United, delivered a memo of their demands to Minister of Forestry and Fisheries and Environmental Affairs Barbara Creecy.

Demands included that the minister must review the total allowable catch of the West Coast rock lobster, that representatives of fishing communities should be included in this review process, that the resource split between commercial and small-scale fishing must be finalised, and that the minister reviews the Marine Living Resources Act (MLRA).

“Our communities will no longer sit by idly, watching their livelihoods stripped away, their traditional and customary rights compromised and trampled upon, the promise of a better future denied because of the greed and glut of a few,” the memo read.

Minister Creecy came out to address the crowd and sign the memorandum.

She explained that her department made the decision to review the quota. She also said that six representatives of small-scale fishing organisations would be observers of the review process, and would have an opportunity to make submissions on behalf of their communities. This review would be completed by 10 December.

Creecy further said that they would review the MLRA. “This act at the moment does not recognise indigenous rights,” she said.

Creecy also made one request of the fishing communities in the crowd: “Your sector needs to organise itself better. To have six different organisations in your sector … is a recipe for fragmentation and division.”

Jacobus Poggenpoel, a fisher whose family has been fishing in Kalk Bay for almost 100 years, said that fishing is part of his family’s heritage.

Some of the fishers at the protest also raised issues they had with the rock lobster quota declining every year.

Fisher Ismail Kingman said that they were allowed 100kg two years ago, which has since declined to 60kg.

Kingman also said that he understands there has been a decline of the rock lobster because of poaching, but that the fisheries department will not solve the poaching problem by limiting how much small-scale fishers can fish.

Natasha James, who lives in Hout Bay, said that almost 30 fishing communities from across the Western Cape and two from the Northern Cape joined the protest on Thursday. James said that 60kg per year is not enough for small-scale fishers and that it wasn’t sustainable.

Kingman said that minister Creecy was only making decisions on sea resources from data, without consulting fishers at all. “Did she ever come to the fishers and ask us if this data is correct?” he asked. 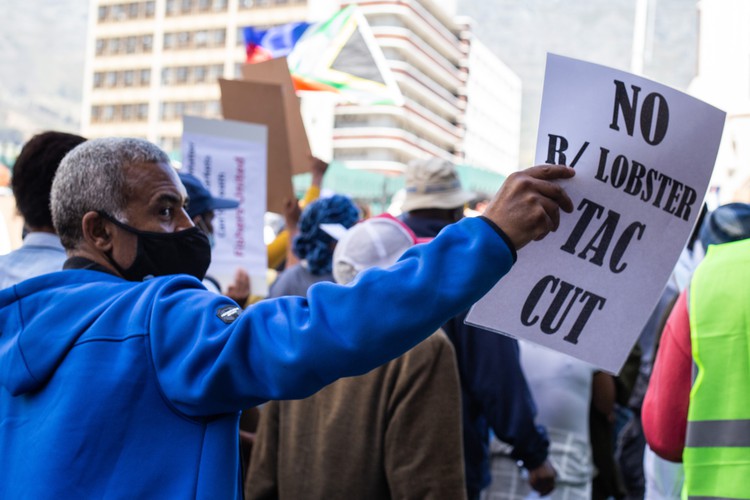