PE firefighters join the move against violence against women 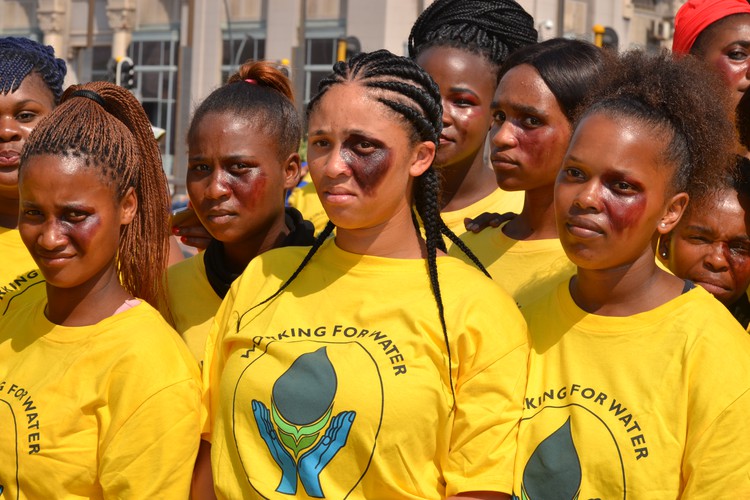 About 60 fire fighters and social workers protested in the city centre of Port Elizabeth on Tuesday afternoon against violence against women.

The teams from Working On Fire, Working For Water and High Altitude workers said they come from Kouga municipality, operating under the Department of Environmental Affairs. Their placards read: “Only cowards abuse women” and “There is no excuse for women abuse” and “Kwanele” (enough is enough). They held dozens of black balloons representing mourning and had painted their faces red and black to symbolise bruising and abuse of women by men.

The sound of heavy boots could be heard in the city centre as they sang, “Bambulele uNomathemba (they killed Nomthemba) and whistled while passers by watched.

The protesters said they came from Van Stadens and Tsitsikamma on the outskirts of Port Elizabeth.

Siphokazi Jack, a Social Development practitioner for Working On Fire, said: “We are off duty but fighting all forms of evil is part of our work.”

“As social workers, we deal a lot with these cases. We are in support of all victims. We say enough is enough.”

“We want men not to see women as something to beat, abuse and kill.”

“We are here to put our foot down, saying enough is enough,” said Siyamthanda Mavikela, a drought relief worker, said. “We want South Africa to come together and be normal.” 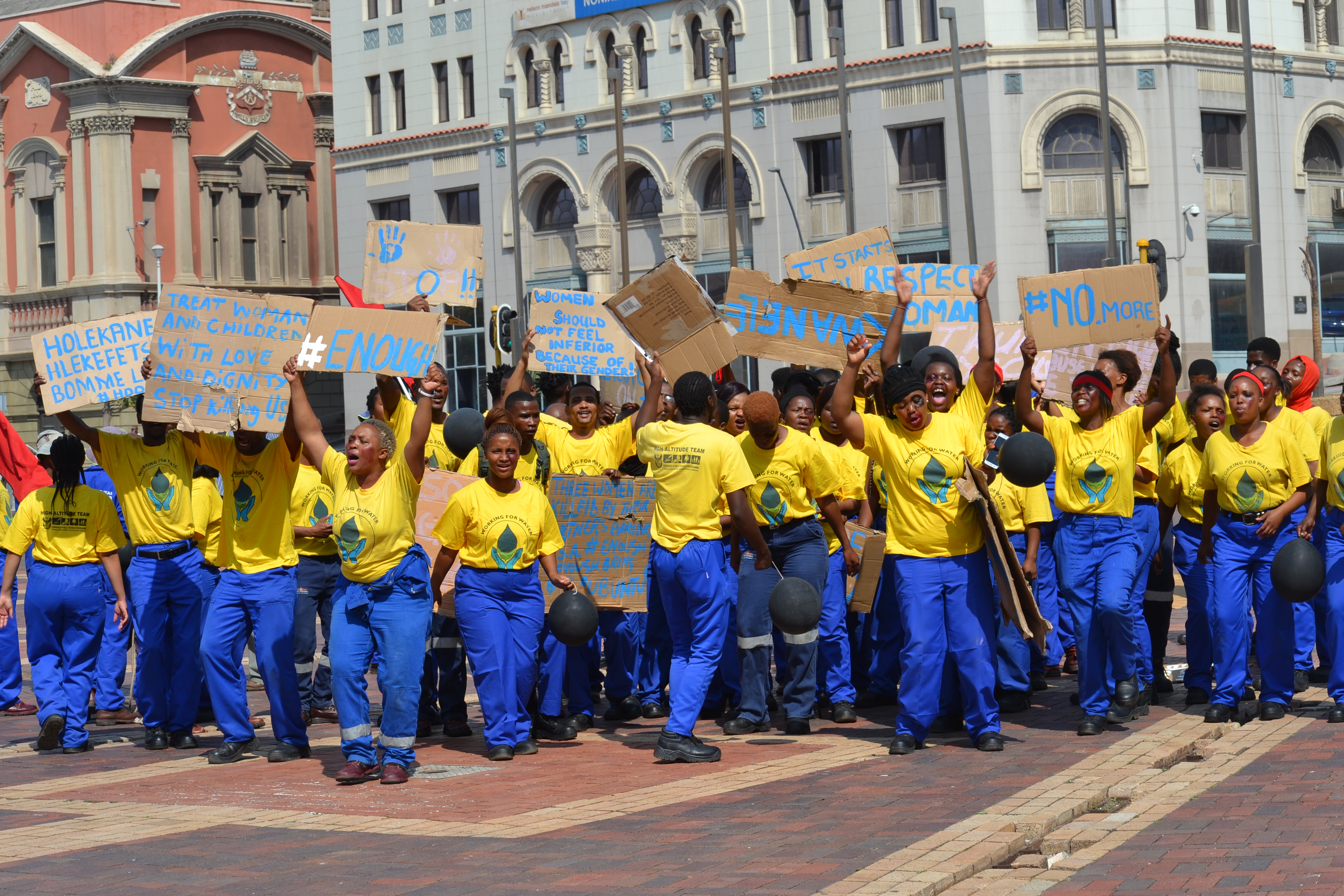 Firefighters and social workers marched in Port Elizabeth in support of the movement against gender-based violence. Photo: Thamsanqa Mbovane.