Father dies trying to save son from shack fire 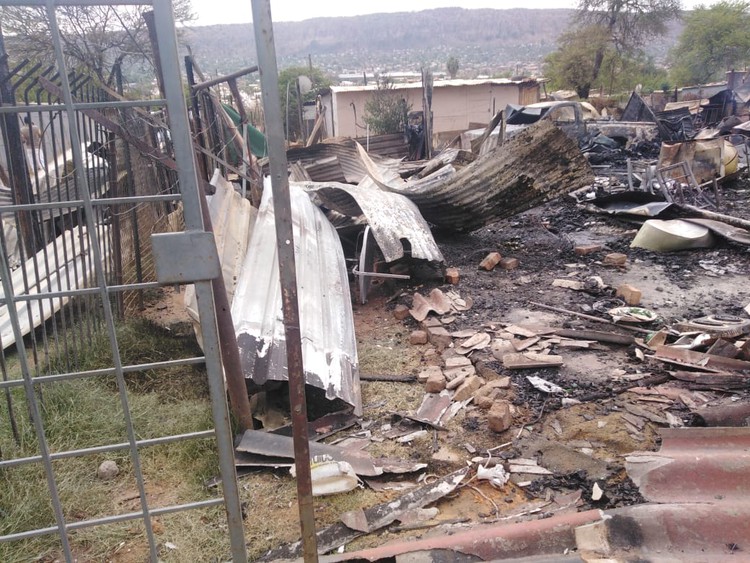 A father and son died in the fire which devastated the family shack in Mamelodi. Photo: Thomo Nkgadima

A Mamelodi father died early on Tuesday morning trying to save his teenage son from the flames of their house.

Jimmy Chauke, 61, rushed back into his burning shack in Mamelodi extension 11 to fetch his 11-year-old son Jimmy. But both perished in the flames.

Neighbour Nkoane Thobejane says he and his wife were woken up in the early hours of the morning to find the Chauke house on fire. The family had rushed outside and called for help. Thobejane says when Michelle Chauke told her father that her twin Michael was still in the house, Jimmy Chauke ran back to try to find his son. “Unfortunately he never came back.”

Thobejane and his wife used a hose to try to extinguish the flames and Tshwane firefighters were called. But, says Thobejane, the fire was uncontrollable in the strong wind.

Tshwane Emergency services spokesperson Johan Pieterse said: “After searching underneath the corrugated iron, two bodies were found, of which one was an adult and the other was a youth. We have not identified the victims as they were badly burned beyond recognition.”

Their elder son Terrance Chauke, who lives in Soshanguve, said the family had lost everything.