Farmers’ organisation says many farms will struggle to survive this season 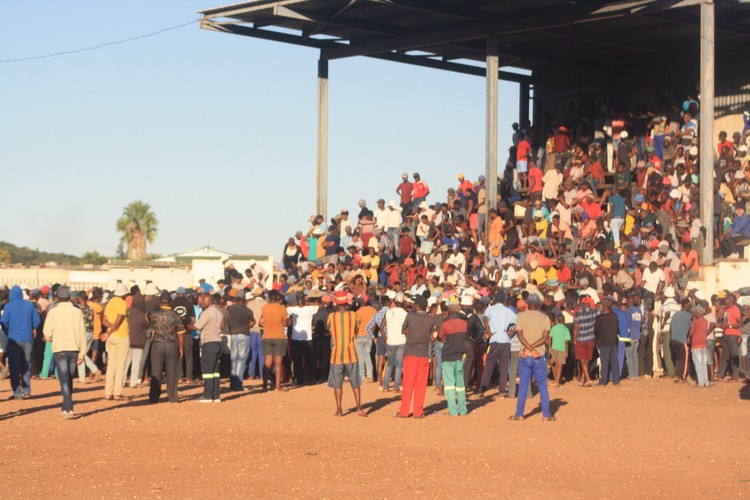 Over 2,000 workers and residents gathered at the Steve Tshwete Stadium in Kirkwood on Thursday. They have been protesting since 20 April for a R30 per hour wage. Photos: Thamsanqa Mbovane

Almost no citrus fruit have been picked and packed in the Sundays River Valley region since an unprotected strike by thousands of farm workers started over a week ago. This follows several days of mass protests by farm workers and residents from Kirkwood and Addo townships.

There have been a number of violent incidents.

Earlier this week, we reported that the High Court in Gqeberha granted an interim interdict to farm owners in the Sundays River Valley Municipality which prevents protesting farm workers and leaders of the South African National Civic Organisation (SANCO) — who have been assisting striking workers — from entering or being within 500 metres of several farms.

According to a farmer, damage to property and losses during the strike is currently estimated at over R70-million.

On Thursday, over 2,000 protesting workers and residents filled the stands at the Steve Tshwete Stadium in Kirkwood to discuss the impasse with employers over their demand for a R30 per hour wage hike. Major roads leading to the stadium were littered with stones and burning tyres.

Before the crowd started discussing the implications of continuing their strike, they took a moment of silence for two protesters who were allegedly shot dead during the protest. GroundUp has not yet been able to get official confirmation on these incidents.

Ehlers said that a team had been set up to deal with issues including wages disputes in a lawful manner “to avoid a repeat of the damaging effects of the 2018 protest action”.

“Citrus producers face severe challenges. Abnormally high cost of freight, inefficiency of ports and escalating input costs, which they are unable to recoup in competitive markets. It is possible that a high percentage of growers may not survive in the future and will certainly not be profitable in 2022,” the Forum said. 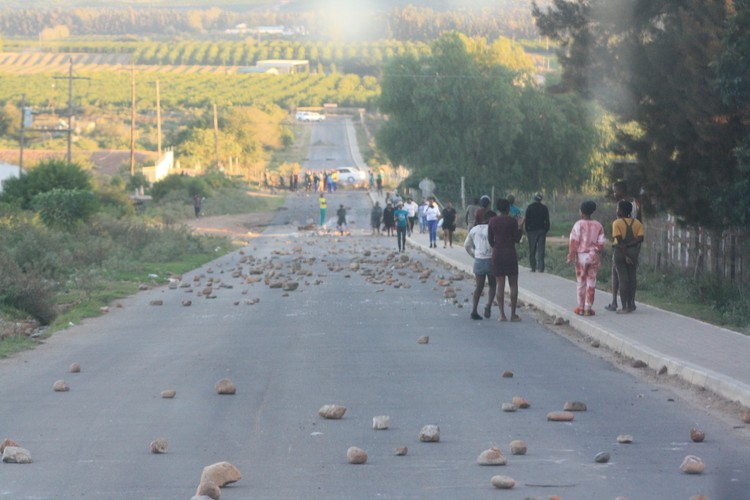