Farm community demands homes promised over a decade ago 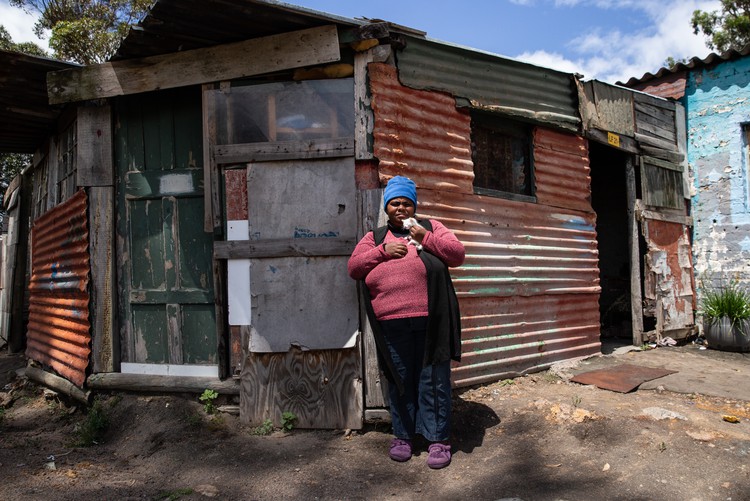 Portia Michaels has stayed in Longlands for 28 years. She is among a group of families fighting for houses they believe were promised to them by the previous farm owner. Photo: Ashraf Hendricks

Former farm workers and their families on Longlands Farm near Stellenbosch are fighting for housing in the face of the development of a luxury estate on the land.

The group have accused former owner Francois Smith of going back on his promise to build them low-cost houses on the property, next to which a multimillion rand luxury housing estate has been developed.

Last month [22 November], Smith told GroundUp that he was no longer the owner of the property and could not comment. “Any allegations made about me or my business or Longlands will be handed to my legal advisors,” he said in an email.

Smith bought the farm land more than 20 years ago and succeeded, after a court case, in getting it rezoned for luxury housing. Part of the judgment delivered by late High Court Judge Hennie Erasmus on 26 October 2007, stipulated that some of the land had to be used for the development of the existing community.

According to the court records, Smith’s initial plans to develop the property included “an agricultural village” of 106 low-cost houses; a guest house with six rooms; an administration office; a swimming pool, laundry room and a garden, about 100 up-market residential units and a reservoir with enough capacity to support the agricultural village as well as a 2.5km pipeline for sewerage. 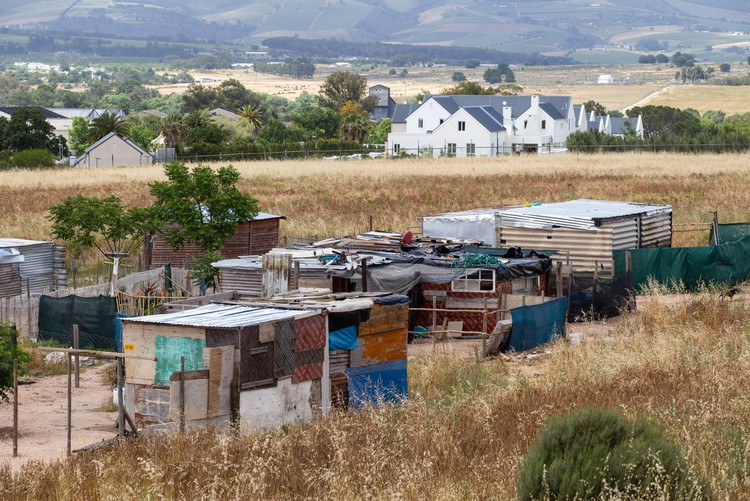 The dilapidated homes and shacks at Longlands Village are next to a few luxury houses. Residents say new houses for them were meant to be built soon after the luxury homes were completed. Photo: Ashraf Hendricks

Portia Michaels, 44, has been living on the farm with her family since she was 16. She said when Smith purchased the property residents were excited at the chance of being rehoused in the new low-cost housing and had supported his rezoning application.

“So we agreed and signed a petition to help him. He even took some of our people with him to the High Court to submit the petition,” she said.

“We were happy because we were going to get houses. There’s an aunty who is turning 80 and has lived here most of her life without water, electricity or toilets. When he started building, we started packing up our belongings.”

But once the luxury homes had been built, instead of building the low-cost houses next, Smith had built a petrol station across the road, Michaels said.

Then, she said, the residents had heard Smith had sold the land on which they were living.

They contacted Women on Farms Project to help them get answers.

GroundUp visited Longlands Village which is just off Polkadraai Road. There are about 50 homes on the property, including shacks. The formal houses, which are decades old, are weathered and dilapidated. High bush and trees surround the homes that have been without electricity for years.

This is in stark contrast to the large double-storey homes with lush green grass at the Longlands Country Estate just a stone’s throw away.

GroundUp has established that the land on which Longlands Village is situated has been sold to developer and CEO of Rouxcor, Werner Roux.

Roux confirmed that the company had entered into an agreement to buy the rest of the Longlands land, including the village where the Michaels and the other residents live. The company had applied to the Stellenbosch municipality to develop the land. The development would include 144 subsidised houses which Rouxcor would build on land donated to the municipality for housing, he said. Rouxcor was waiting for approval from the municipality, he said.

Grobbelaar said the owner had appealed against some of the conditions imposed on the development. The land had not yet been transferred to the municipality.

He said the municipality has already been granted a subsidy from the provincial Department of Human Settlements to fund the project in the current financial year.

We don’t want gold or silver. All we want are decent houses.

Carmen Louw, co-director of Women on Farms, said they had met the new owners and the municipality. She said Women on Farms felt the project was being stalled. She feared that the houses would be too expensive for the Longlands Village residents and that they would be moved to land somewhere else.

“The fear is that these are delaying tactics. And they will come up with land somewhere else to move these people to,” she said.

Meanwhile the Longlands Village residents are waiting. “We’re not fighting for ourselves,” said Michaels. “We have children and we don’t want them to continue living like we are now. Our houses are falling apart. These homes were built years ago when this was still a farm. They were built with sand and clay.”

Michaels said she moved into a shack with her three children last year after two walls of their house fell down. One of her children has special needs.

Another Longlands Village resident, Sandra Titus, 38, says she fears for household’s safety because her home is “falling apart” and they had to cook by making a fire and used candles for lighting inside. “We don’t want gold or silver. All we want are decent houses,” she said.

Titus said after they protested over housing in November last year, they were provided with several portable toilets, a bin and a small water tank.

“It’s pitch black at night because we still don’t have electricity. We have had so many fires caused by candles falling over. What do they think of our people?” she said. 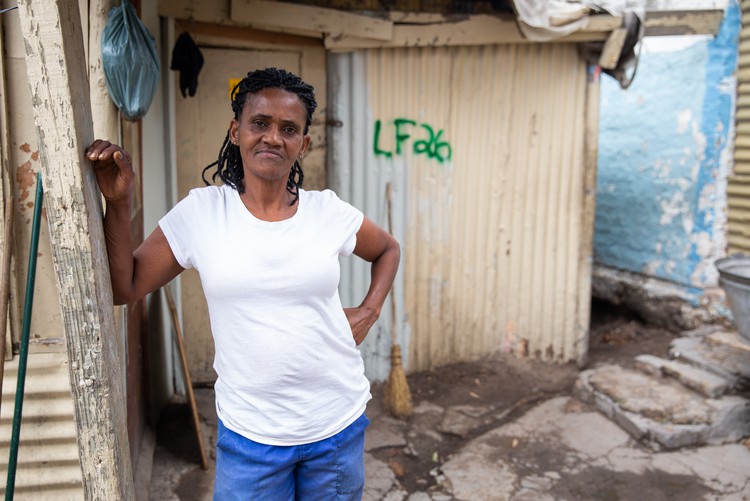 Longlands resident Sandra Titus has lived in her house for more than a decade. The house is weathered and most of the walls are cracked. There is no electricity or running water. Photo: Ashraf Hendricks