Mayor and government intervene to help Flagstaff family get IDs, social grants and a better home 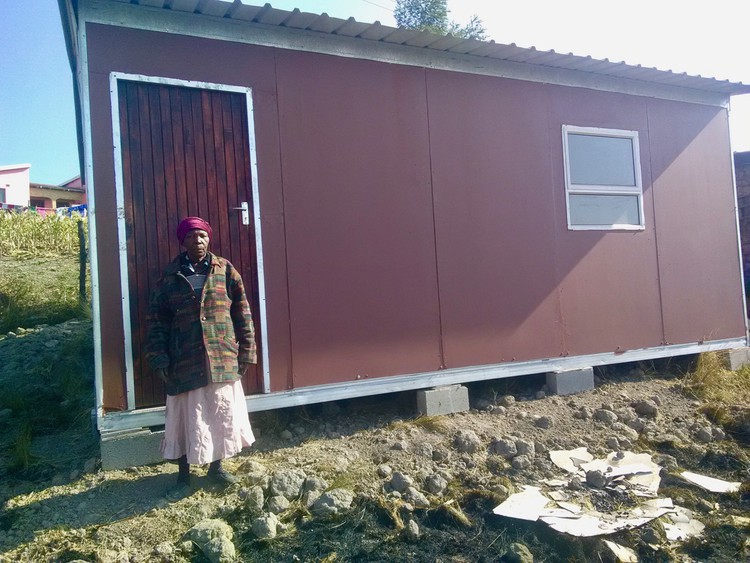 In May GroundUp reported how the six member family of 80-year-old Nothembinkosi Nontsasa had to live off her old age pension in two crumbling one-roomed mud houses in Flagstaff, Eastern Cape.

Her children could not get ID documents and were unable to get social grants for her grandchildren.

The family has now received a temporary housing structure and IDs after the Ingquza Hill Local Municipality and the departments of Human Settlements and Home Affairs intervened.

“I am beyond happy. My children finally have IDs. I believe they are on their way to making better lives for themselves. I am also extremely thankful that the mayor kept his promise to help me with housing. I will not feel the cold of winter anymore,” said Nontsasa.

Siya Qoza, spokesperson to former Home Affairs Minister Siyabonga Cwele, said: “After reading your story … Cwele asked us to establish why the family wasn’t assisted and how we can assist them. Our Department worked with the Ingquza Hill Municipality Mayor Bambezakhe Goya to assist the family. As of today, the grandmother’s kids have been assisted through Late Registration of Birth. This process can take up to two months.”

Qoza said the family is being assisted with social grant applications for the three children.

Goya said: “We came to an understanding with Human Settlements that a temporary structure needed to be erected. When we visited the home we saw that indeed the situation called for such assistance.”

The new prefabricated structure consists of two rooms and was assembled on site. Compared to what she was living in, Nontsasa describes it as a “palace”.

Ward councillor Thandeka Nzumo Dlibona said: “We realise that this is a temporary solution. This is the first step towards something permanent.”