No electricity can be installed in wetlands, says City of Cape Town 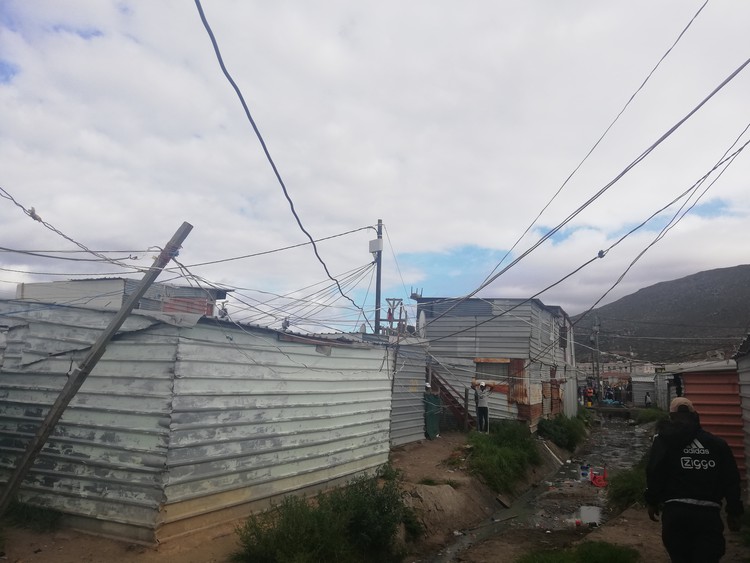 More than 100 families living in Masiphumelele Wetlands informal settlement say they have been without electricity since fires in May 2014 and November 2015.

Section C was destroyed in a fire in May of 2014. Then, in November 2015, the biggest fire in the community destroyed over 1000 homes, mostly in E section.

Four years later, some families who say they had electricity before the fires are still living without electricity.

City of Cape Town Mayoral Committee Member for Human Settlements Malusi Booi said the City was legally prohibited from installing electricity infrastructure in a wetland, for safety reasons among others.

After the fires the City sent surveyors to set a boundary within which electricity could safely be connected. But community leaders say some residents who live within the “safe” boundary still do not have electricity.

“We are talking about houses that had electricity before the fire,” said section E community leader, Mabhuti Maloni. He said the City told residents not to use candles or paraffin so as to avoid fires. “What are we supposed to use if they do not give us electricity?”

Many residents connect illegally to households with electricity boxes, some as far as 300 metres from their homes. “You find boxes where there are four to five households connected,” said Maloni. “Imagine connecting to electricity 300 metres away. The equipment you buy and the cables that get destroyed regularly and have to be fixed - that costs money.”

He said households without electricity paid R400 to R500 a month for an illegal connection, regardless of the size of the household.

Nobanzi Nonco spends R500 a month on electricity because her electrical box was never connected. “It’s useless, it’s like a decoration there because it doesn’t work. We struggle to get people we can connect from because some boxes already have too many people connected to them.”

“We would love to buy our own electricity, not only because it would be cheaper, but because I have a disabled child and her safety is my number one priority. Where we are now is not safe,” said Nonco.

She and her husband work piece jobs and on good weeks she works three days as a domestic worker. They get social grants for their three children.

Booi said some of those who had electricity before the fire had not lived in the wetland, but had been displaced to the wetland, beyond the boundary, by other residents who moved in after the fire.

Asked whether there was a plan for households outside the boundary to be moved to a drier area where electricity could be installed, Mayoral Committee Member for Spatial Planning and Environment Marian Nieuwoudt said the City was currently in the process of preparing a draft Spatial Development Framework for Masiphumelele.