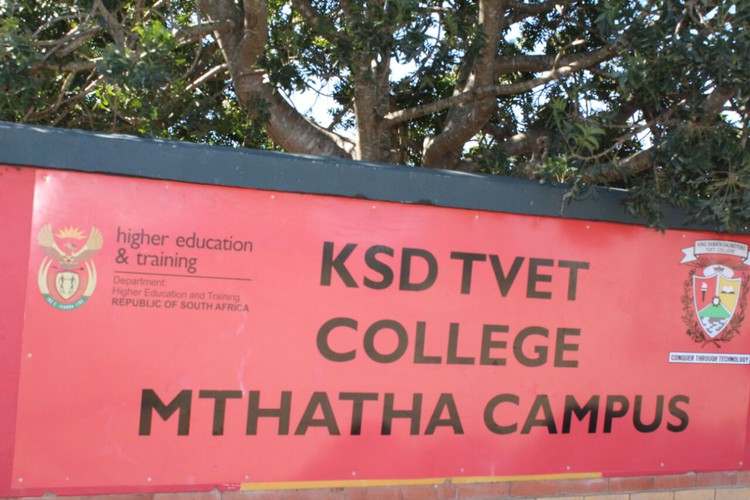 Examinations have been postponed at the King Sabata TVET College in Mthatha following a week of student protests at the institution.

SRC Chairperson Aseza Xulu said, “We enquired with NSFAS. They told us students were not paid their money because their applications were omitted due to outstanding required documents. The management couldn’t help us understand how we could have outstanding documents when we’ve submitted everything to them, so we protested.”

Last Friday, the college asked students to vacate campus following days of no academic activity. A number of students were injured when the college’s private security fired rubber bullets to disperse students protesting outside the premises of the institution.

Xulu said that SRC secretary Anelisa Mpuyu is now walking on crutches because she was injured by a rubber bullet that hit her foot.

Communication and Marketing Manager at the institution Zigqibo Khahla said students were impatient. “Only 148 students have not been paid.” He explained, “NSFAS has confirmed 19 students will be paid soon.”

Kahla added, “The scheme said it was ready to pay 53 students but they first need to submit outstanding documents. Lastly, NSFAS was waiting for the college to confirm if the last 76 students paid tuition fees before it could process their allowance money.”

“The college made the decision to close campus following failed talks with the students,” Kahla said. “Exams were supposed to begin on Monday, but the students refused to halt the protest. They insisted on writing the exams once they’ve received the money owed. We therefore decided to close campus for safety reasons.”