It will be business as usual at most courts 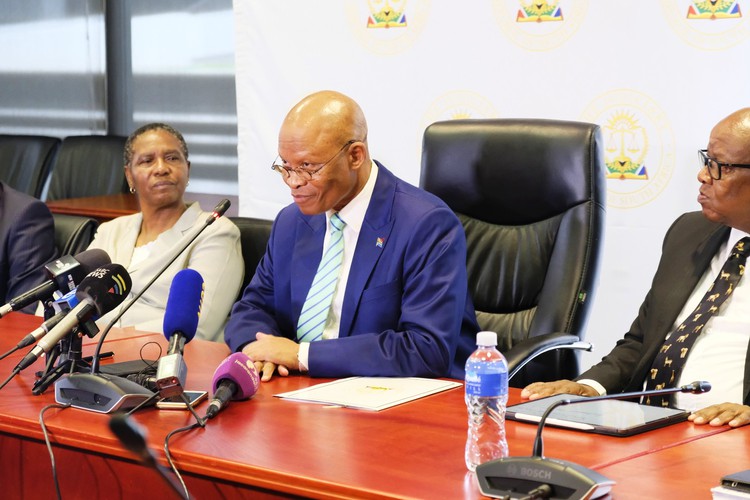 It will be business as usual at most courts across South Africa. Most cases like the issuing and execution of eviction orders are expected to run their course. This is according to Chief Justice Mogoeng Mogoeng and the Heads of Court who released a statement late on Monday, describing the judiciary’s plan to deal with the spread of COVID-19.

Mogoeng, responding to a question from GroundUp at a press conference in Midrand on Tuesday, said that if a property owner decided to have people evicted for any reason “we expect the normal course of litigation to be followed and for any presiding officer handling that matter to apply the normal principles”. Referring to high profile cases which usually draw significant crowds to the court, the Chief Justice said officials presiding over such cases would have to consider the number of people that would be allowed both inside and outside courts.

Mogoeng said this applied to other situations like protests, which were not banned but discouraged should it involve more than 100 people at a time.

The number of people allowed in and around courtrooms is expected to decrease but the judiciary will remain operational, it plans to implement a range of measures to keep staff and members of the public safe. These include disinfecting judiciary offices and spaces; regular sanitization at all entrances and exits; and the provision of handheld infrared scanners and protective equipment to some staff.

People inside courtrooms will be expected to keep at least a meter between one another and not break the gathering ban. There will also be increased sanitation efforts for contact between accused and prisoners, the police and judiciary staff.

While there will be some restrictions of who is allowed into courtrooms, the media and some supporters, such as small groups of family members and organisations supporting open justice, will be allowed.

Mogoeng said that this decision was informed by the principle that “justice must not just be done but be seen to be done.”