Case to be heard in Western Cape High Court this month 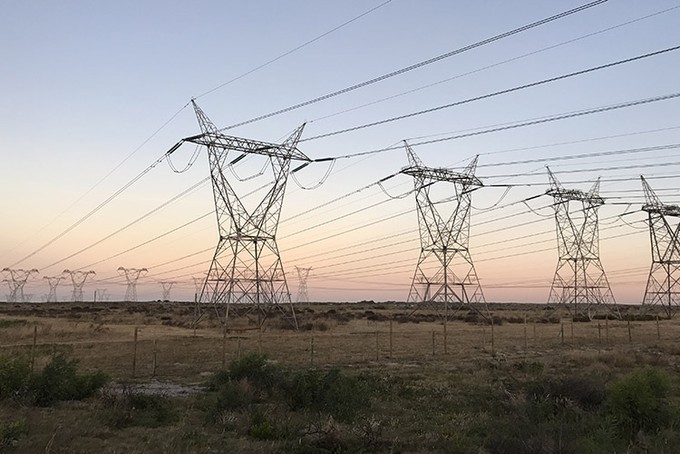 Eskom will not oppose court action challenging the legality of government decisions around the procurement process for a fleet of new nuclear reactors. The utility said in papers filed in the Western Cape High Court that it would abide by the court’s decision in this matter.

This is the latest development in court action by NGOs Earthlife Africa and the Southern African Faith Communities’ Environment Institute, which are taking the government to court over what they claim are unlawful decisions around the nuclear procurement process.

Eskom’s decision not to enter the legal fray comes after it was added as a respondent in the court proceedings last week. This was done after Cabinet had decided during court proceedings late last year that Eskom, not the Department of Energy, would now be in charge of procuring new nukes.

Litigants learned about this change at the hearing on 13 December when the government’s legal team told the court that Energy Minister Tina Joemat-Pettersson had made a new determination under the Electricity Regulation Act, designating Eskom as the procurer of the 9600MW of new nuclear plants, “making the utility responsible for the largest procurement in South Africa’s history”, papers said.

Litigants say making Eskom the nuclear procurer raises serious questions about the financial implications and price of electricity, and should have been open to public scrutiny. The court ordered a postponement to 22 February to allow litigants to examine this new development.

Although both NGOs are anti-nuclear, they are not asking the court to decide on the merits of nuclear power, nor whether South Africa needs it, but whether government’s decisions around the nuclear procurement programme are lawful and in keeping with the Constitution, and whether the South African public, part of a participatory democracy, should have been allowed to make representations on the nuclear procurement process.

A central issue in the case is the way the Energy Minister tabled in Parliament the inter-governmental agreement with Russia on new nuclear procurement. It was tabled under a section of the Constitution — 231 (3) — which did not require parliamentary approval, nor public participation. This, the litigants argue, was unlawful, and even contradicted the advice of the State Law Advisor, who had said in a memo to government that the Russian agreement must be tabled under section 231 (2) of the Constitution. Had this been done, the Russian agreement would have had to get approval from Parliament — the National Council of Provinces in particular — and there would have had to have been a public participation process before it became a legally binding international agreement.

On the other hand, section 231 (3) is designed for tabling of international agreements that are of a “routine nature” and do not need Parliament’s approval. The litigants argue that government’s tabling of the Russian nuke agreement under section 231 (3) was unlawful.

They say the public, academics and industry should have been given a chance to make representations on the Russian agreement, particularly as it contained contentious clauses such as absolving Russia for any nuclear accident and putting all liability on South Africa.

The litigants are asking the court to declare unlawful and set aside Joemat-Pettersson’s signing of the nuclear agreement with Russia; President Jacob Zuma’s decision to authorise her signing the agreement and the minister’s decision to table the Russian agreement under section 231 (3) of the Constitution.

They are also asking the court to rule that before a new nuclear procurement process begins, even before a bid committee is appointed, that the minister, with the participation of the public, determines the amount of new electricity generation South Africa needs, and what percentage should come from nuclear; and that a nuclear procurement system be established that is fair, equitable, transparent, competitive and cost-effective.

Joemat-Pettersson has rejected claims of any unlawfulness, and said many of the litigants’ allegations are mere speculation. There was nothing untoward the 2016 amendment to the earlier determination for nuclear power in 2013, which required no public participation. Being an amendment, it was mainly informed by the same considerations that informed the 2013 determination. She said the cabinet and the National Energy Regulator of South Africa (Nersa) had approved the new determination, and the portfolio committee had been informed.

Appointing Eskom as the designated procurer was necessary to ensure a “seamless delivery and success of the nuclear programme,” she said. She states in papers that her actions were within the law and argues that “no procurement steps” for new nuclear power stations have been taken yet. The nuclear programme was not only about nuclear power stations, but was aimed at the industrialisation and development of the country, beneficiation of the country’s minerals, reducing greenhouse gases and job creation.