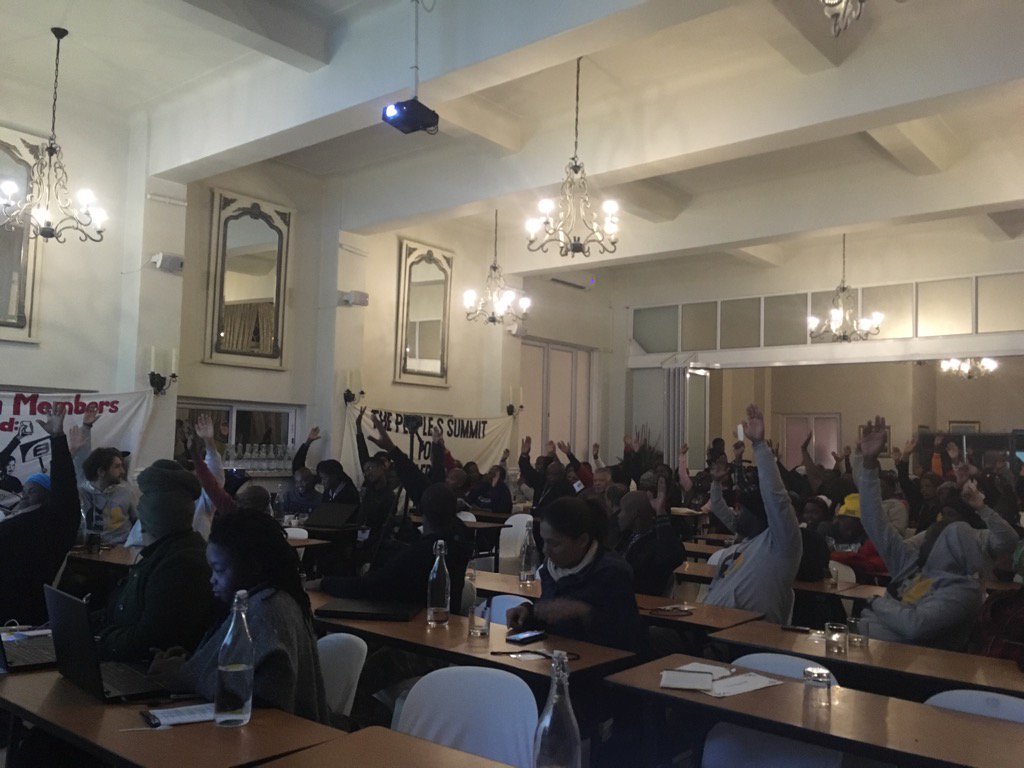 Last night, after four more panels and the finalisation of an official charter, Equal Education (EE) concluded its national summit in Johannesburg.

The 200 students, parents, teachers, activists, and government officials came together to discuss ways to reduce inequality in South Africa’s education system. The summit also commemorated the 40th anniversary of the Soweto uprising and examined its influence on modern student activism.

While the first day of panels had looked at the history and legacy of education, yesterday was much more about policy recommendations and methods of organising to bring about change in the system.

One panel focused on the importance of early childhood development (ECD). The chair of the panel, Leanne Jansen-Thomas, stressed the importance of investing in ECD programs as deficiencies in development for young learners led to learning gaps that could easily become insurmountable in later years.

The second panel featured representatives from the SA Democratic Teachers Union, National Professional Teachers’ Organisation of SA, and the National Association of School Governing Bodies. The discussion eventually turned into a lively debate, with audience members asking for specific policy suggestions and full commitments from all the unions for a more equal education system.

The last two panels focused on the history and methods of organising that EE has utilised in the past. Lisa Draga, an attorney for the EE Law Centre used the example of EE’s campaign for standards in school infrastructure to stress the importance of continuing the movement and demand for actual results. EE’s campaign had resulted in favourable court rulings and implementation plans, yet Draga stated that many provinces only made substantial improvements when the movement continued to put pressure on government.

The final session of the day focused on developing the text of the charter itself. In a process marked by its transparency, General Secretary of EE, Tshepo Motsepe, read the draft charter line by line. Any member of the audience was allowed to comment and propose changes.

One of the largest debates was over the role of teachers unions. Originally, the draft charter had called for a separate union for principals and district officials from the teachers’ unions. However, the members agreed that it would be better to let unions themselves decide who should be admitted to them. There were also vigorous debates over the role sexual health education and curriculum focus. Ultimately, consensus was established on each issue.

The charter is meant to establish principles and guide EE campaign’s for years to come. It consists of seven sections with recommendations on the purpose of education, equality in education, curriculum, language, quality teaching, early childhood development, and adult education. Some of the specific recommendations are a revised history curriculum to focus more on African history, bursaries for future teachers, accelerated school infrastructure development, smaller class sizes, and increased opportunities for adult education.

The charter will now be distributed to EE mass meetings in various provinces for comments and revisions. It will be finally approved in September, during EE’s national executive council meeting.