Sexual harassment investigations expected to conclude in a few weeks 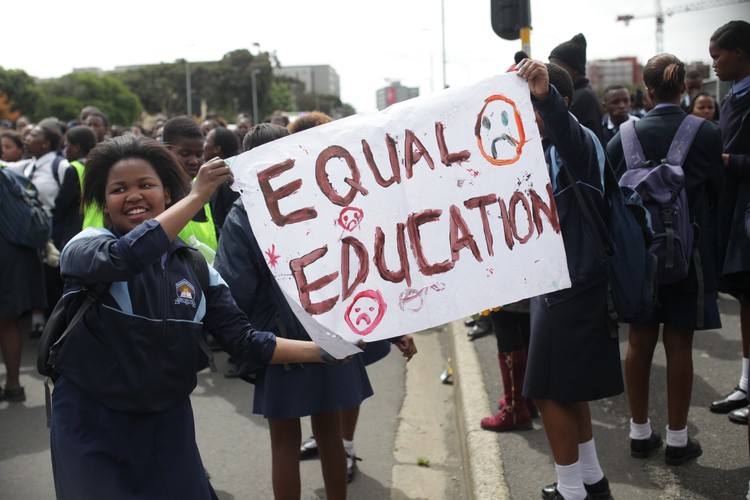 The Western Cape Education Department will wait before taking any action following allegations of sexual misconduct against three people in Equal Education, MEC Debbie Schäfer said in a statement.

On 21 May MEC Schäfer instructed Equal Education (EE) to stop operating in the province’s schools until her department held a meeting with the organisation. (A subsequent article by GroundUp pointed out that a Cape Town school teacher continued to teach while on trial for sexually abusing a learner.)

In a statement on Sunday Schäfer said that her department had agreed to wait for the outcome of investigations that EE hopes will be finalised within the next few weeks before her department took any action. This follows as meeting in which EE explained that none of the men accused of misconduct had regular direct interaction with Western Cape learners. The two parties plan to meet again once the investigations are concluded.

“EE briefed us on all three cases that have been raised in the media and the processes of investigation that are being followed in each case. The investigations will be done by people completely independent of the organisation, and will be conducted as speedily as possible,” said Schäfer’s statement.

“They explained to us the processes they have in place to train and sensitise their members at all levels of the organisation regarding matters of sex and power abuse. We all agreed that sexual misconduct is unacceptable and have agreed to work together on a new policy for organisations working in schools.”

Concurrently EE released a statement saying that it stops school-based activities during exams anyway. The organisation also wrote that the meeting with the MEC had been “positive” and that it had explained the “seriousness with which EE has approached issues of sexual harassment”. EE also said that there should “at this stage be no obstacle to EE members continuing to organise in the Western Cape”.

The EE statement said that the organisation would meet the provincial education department once the sexual harassment investigations had been concluded.