Text and Photos by Steve Kretzmann 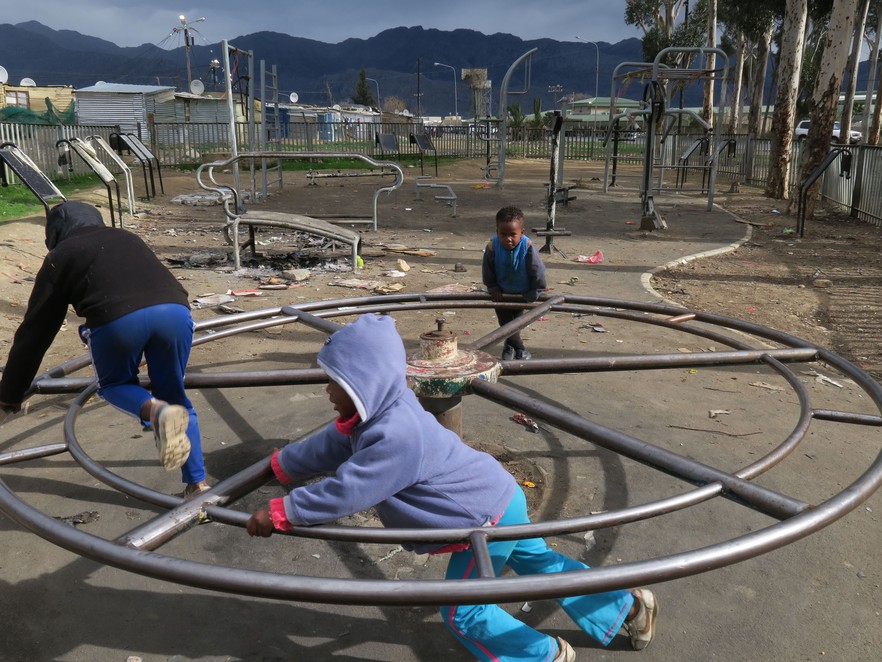 Children play in the outdoor gym and park at Nduli township outside Ceres which is vandalised and strewn with refuse and broken glass, while the suburban streets and parks of Ceres are well kept and free of litter.

On paper, the Witzenberg Municipality, with its administrative centre in the fertile fruit-exporting valley of Ceres, has all the appearances of a model municipality run by a DA-led coalition of parties. This is, however, not necessarily impressing residents on the receiving end of service delivery.

Amid widespread municipal financial failure, it is one of only 27 out of 257 municipalities that received a clean audit for the 2019/20 financial year, the latest to be audited by the Auditor-General.

With its clean record going back eight years, Witzenberg was singled out for praise during Auditor-General Tsakani Maluleke’s briefing to Parliament’s Standing Committee on Public Accounts (Scopa) on 22 June.

“One of the municipalities that is a source of inspiration is Witzenberg, in terms of how it attains and maintains its track record for clean audit outcomes,” said Maluleke.

She praised the “leadership tone being set”, an effective internal audit function, and “the role that council and MPAC (Municipal Public Accounts Committee) plays in delivering on their oversight responsibilities”.

Witzenberg is led by the DA in coalition with COPE. The MPAC chair is EFF Councillor Mzwandile Jacobs.

Tulbagh, with its mix of Cape Dutch and Karoo-Victorian architecture, has greater tourist appeal than more agriculturally utilitarian towns in the municipality. Yet its side roads are badly potholed and the verdant municipal campsite and resort on the banks of the Klip River has become derelict and the river choked with reeds.

Local business owner Gloria Schulschenk said the town’s municipal dump did not comply with national regulations and a fire which broke out there in 2020, lasted almost a week. Schulschenk said the noxious smoke drifting across town was so bad she — along with others — chose to leave and stay with family. Other residents we spoke to confirmed the fire and its impact. The dump has since been closed, yet appears to accept garden clippings. What appears to be illegally dumped building rubble can be seen along the road to the dump site.

A number of Tulbagh residents mentioned how clean Ceres, which is the municipality’s administrative centre, is kept. While services to Tulbagh and surrounding towns came second. This appeared true, at least for Ceres’s large suburban area where no litter lay along its streets or forested parks, and no potholes.

However, the Nduli township, 2km outside Ceres, had sewage overflowing into the street and mounds of refuse on its perimeter. Similar litter and sewage problems were seen in Tulbagh’s densely populated informal settlement, but these were situated within the town, just 600m from the main road and right next to the suburban area. 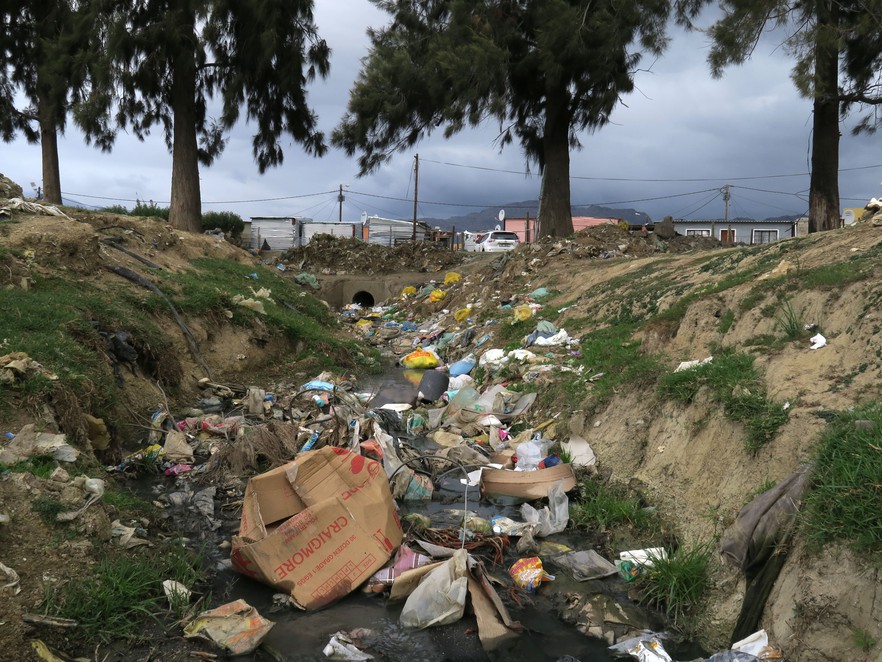 Raw sewage from storm water drains, and garbage pollute the outskirts of Nduli township outside Ceres.

Here, we met 44-year-old Yoliswa Ngamnca, washing clothes at a communal tap. Having come from Queenstown in the Eastern Cape, Ngamnca said she’s lived in a one-room shack in Tulbagh for five years with four children, aged 12 to 24, and a 20-month-old grandchild. They are all unemployed and do not receive a social grant.

Ngamnca said that she is part of an influx of people from the Eastern Cape, Lesotho, and Zimbabwe who migrated in search of farm work. With communal (but mostly functional) toilets accessed via a maze of shacks, many residents often used a bucket for their ablutions, disposing of their waste and grey water on a neighbouring vacant plot.

Some 500m away, in the former coloured township, about 200 children and a score of adults gathered to receive food from Evelyn Smit, who has since 2008 run a soup kitchen every Tuesday and Thursday.

Smit said hunger is prevalent in Tulbagh but she receives no funding from the municipality as she does not operate as a registered organisation. However, she said she receives support and donations from local businesses and farmers.

While Tulbagh’s rich and poor live cheek-by-jowl, Ceres and neighbouring Prince Alfred Hamlet appear governed by a more segregated agricultural hierarchy where corporations such as the Du Toit Group control industrial scale orchard operations overseen by farm managers, with foremen, permanent, and then seasonal workers cascading through increasingly vulnerable living conditions. During the farmworker minimum wage protests that rocked the area in 2012, companies such as Du Toit Agri hired paramilitary guards to protect its premises. Barbed wire and gated entries are now features of the landscape. 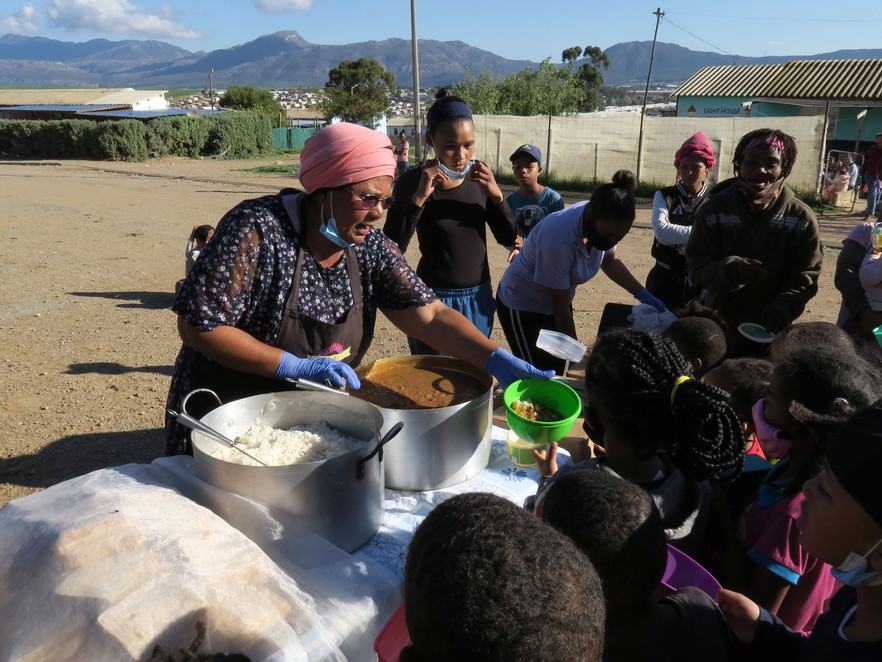 Evelyn Smit feeds about 200 children and some adults from the soup kitchen she runs outside her home in Tulbagh. Local businesses and farmers donate food to assist her.

The municipality’s management of waste facilities seems to be a hit and miss affair. National Department of Water and Sanitation data indicates its waste water treatment plants are among the best in the country, consistently meeting minimum effluent quality standards. The Tulbagh sewage plant GroundUp visited was staffed and well maintained, with its effluent used to irrigate the sports fields and other amenities.

Municipal staff would not allow GroundUp to inspect the Tulbagh dump, but refuse trucks were directed to Prince Alfred Hamlet, just outside Ceres. The landfill there, although staffed at the entrance, was unfenced. Motor oil, a hazardous waste, appeared to have been dumped in places, and both the municipal worker and waste pickers said a fire had been burning for three months, going underground and resisting attempts to uncover and extinguish it using a digger. However, the municipality is in the process of reviewing and updating the Integrated Waste Management Plan to ensure it adheres to the national Waste Management Act.

The dereliction of the Tulbagh municipal campground and resort compared to the upkeep of the Ceres holiday resort, as well as the lack of potholes in Ceres, indicates budgetary choices favouring the administrative centre.

Although the 2019/20 financial reports are not yet publicly accessible, the 2018/19 report analysis reveals that beyond accounting for its income and expenditure, the municipality had a relatively healthy cash balance of just over R94m as of 30 June 2019, or the equivalent of two months’ expenses. This is in tandem with collecting 95% of debts owed from rates and service provision.

The expenditure of 96% of its capital budget, reveals good budget management, although an 8.6% under expenditure of its operational budget was less impressive.

Two points of concern in its 2018/19 financial report were that 5% of its operating expenditure was classified as unauthorised, irregular, or fruitless expenditure. The other was very low expenditure on repairs and maintenance. Ideally, it should be 8% of the property, plant, and equipment budget, but in Witzenberg’s case it was 1.9%, having also been low the previous two years (2.1% in 2017/18 and 2.7% in 2016/17).

The 2016 local government elections saw the DA retain its position as the dominant party with 46.4% of the vote, while the ANC obtained 32.8%. This gave the DA 11 seats in the 23-seat council. Needing 12 seats to hold sway in council, it formed a coalition with COPE, which had the one extra seat needed. Practically, this plays out through a DA executive mayor and COPE speaker.

The ANC with its eight seats, formed a minority coalition with the EFF, ICOSA, and Witzenberg Aksie, all of whom had one seat each.

The DA has not always dominated in Witzenberg. The ANC held sway from 2000, when the municipality came into being, until 2011. It was a close race in 2000, with just 1.5 percentage points between the parties.

The DA took a massive knock in 2006 with the entry of Patricia de Lille’s Independent Democrats, whose 15% came at the expense of the DA. The merger of the ID into the DA put the DA on top in 2011, but with De Lille returning to the fray with her new party, GOOD, the DA could well see a repeat of 2006.

Should GOOD get anywhere near the 15% the ID attained in 2006, they could be the kingmakers in Witzenberg, although Witzenberg Aksie, ICOSA, and EFF are also vying for that position. 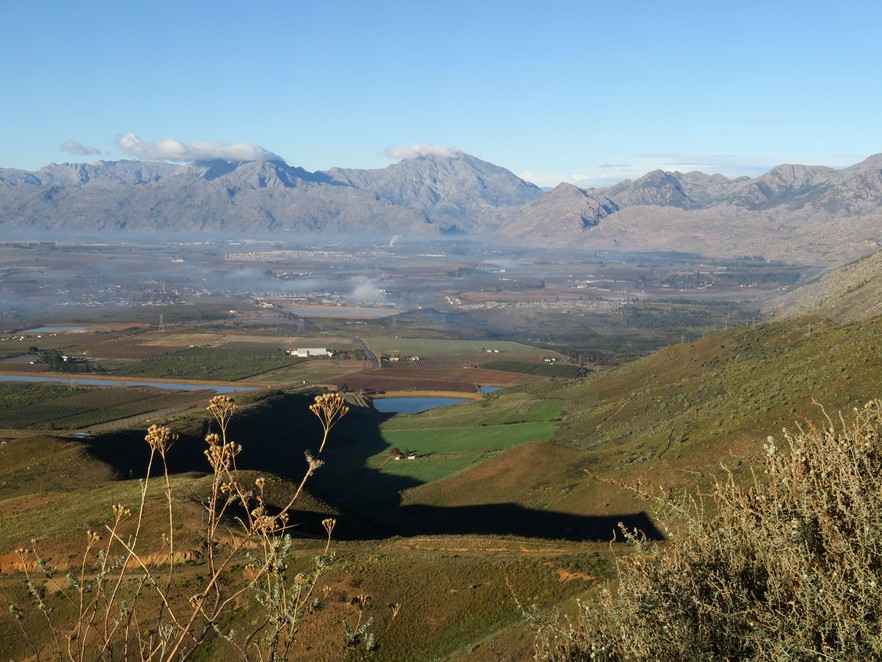 This fertile valley, containing the towns of Ceres and Prince Alfred Hamlet, appears to be a social hierarchy, the head of which are farm owners and executives of large agricultural corporations, followed by farm managers, foremen, permanent workers, and vulnerable seasonal workers.