“We need a change” 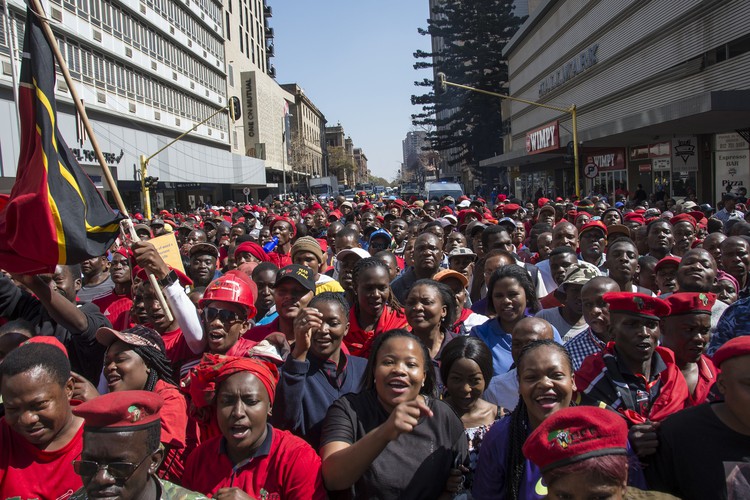 Supporters of the Economic Freedom Fighters (EFF) marched to the Union Buildings in Pretoria on Tuesday before the vote in Parliament of no confidence in President Jacob Zuma.

Earlier in the day anti-Zuma protesters in townships around Gauteng blockaded roads with burning tyres and rocks. Many Soweto commuters battled to leave.

Thabo Seaka from Mamelodi said he had joined the protests because he felt it was important to show the world that South Africans were not happy with Zuma’s rule. “I don’t have any fancy university degree or anything, but even I know that this man Zuma is bad for our country. We cannot continue like this because the situations in townships are very bad. People are not working and the youth are angry. We need a change,” said Seaka as he joined his colleagues singing songs about President Zuma.

Pretoria resident Natalie Jacobs warned against underestimating the power of President Zuma. Jacobs was watching the protesters as they made their way past her apartment building. “I would love to see the members of Parliament vote Zuma out. But I think he still has a lot of influence. He is like a cat with many lives,” said Jacobs.

Protesters gathered on the lawns of the Union Buildings where they listened to members of Parliament. The crowd dispersed when at 4pm police indicated that the time allocated for the protest had elapsed.