Education department is “showing us the middle finger”

Parents protest about the dilapidated state of three Uitenhage schools 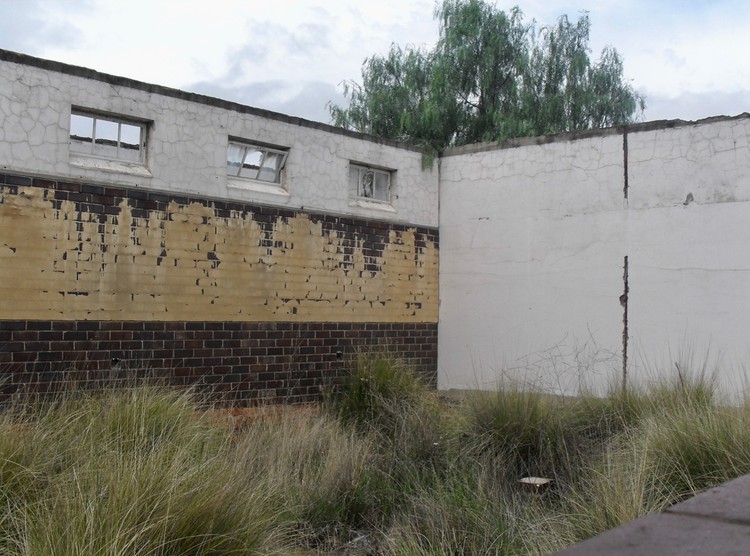 Tall grass is growing in what should have been a finished classroom at Winterberg Primary School in Uitenhage. Photo: Thamsanqa Mbovane

Hundreds of parents and their supporters marched through Uitenhage on Thursday to protest the conditions at three schools: Gamble Street Secondary School, Winterberg Primary and Jubilee Park Primary.

The parents were supported by the Social Revolutionary Workers Party, the EFF, the United Front of the Eastern Cape, and the National, Health and Allied Workers Union (NEHAWU).

Parents said they want the three crumbling schools, which one of them described as “prisons”, to be replaced with brand-new schools.

Denzil Rossouw, chairperson of the Schools Governing Body at Winterberg Primary, said, “Last year, the thugs in the area broke into our school at least nine times … There are 12 teachers who are struggling to cope with 535 learners.”

Rossouw said seven classrooms which burned to the ground decades ago were never rebuilt. “Last year, the Department of Education appointed a company to rebuild the seven classrooms, allocating an amount of R3.5 million … Last week, the district official told us there was now no money to finish the project.”

Chairperson of Jubilee Park Primary School governing board Charlene Primo said the school to house 1,300 learners had been under construction since 2014. But the R82-million project is on hold because the department says it has no money.

Lessons are currently held in prefabricated classrooms and on a platoon basis. “Today we have a morning and afternoon shift at this school. Learners doing grade R to grade 3 attend classes from 8am to 12pm. The other learners from grade 4 to grade 7, attend classes from 12pm to 4pm,” said Primo.

Chairperson of Gamble Street Secondary School governing body Keith Potgieter said, “Our school is over 100 years old and it’s crumbing. The project to rebuild it started in 2012 and it had to be stopped after a few months.”

The protesters refused to hand over their memorandum to local district official Viwe Madonci. “We want the MEC and not a district official … What they are doing is showing us the middle finger,” said protest leader Mgcini Mejane. 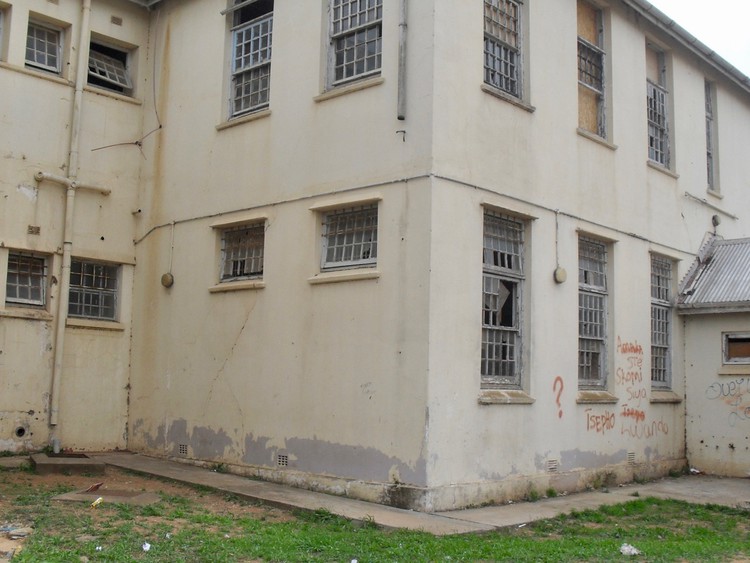 Chairperson of Gamble Street Secondary School governing body Keith Potgieter says the school is over 100 years old and “it’s crumbing”. He said renovations came to a halt in 2012 as the education department says it has no money. Photo: Thamsanqa Mbovane