Day 8: Education department had funds to fix toilet in which Michael Komape drowned 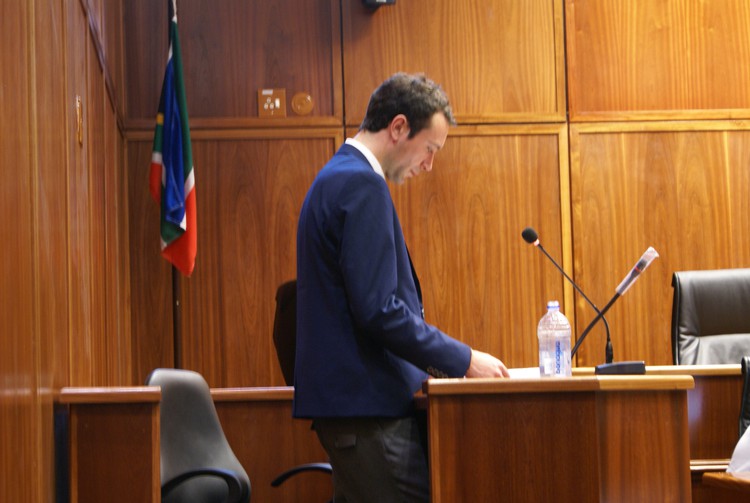 The Limpopo High Court heard testimony on Wednesday that there was no shortage of funds to fix broken and dilapidated toilets in the province. The evidence was given by budget analyst Daniel McLaren in the case of Michael Komape’s family against the state. Michael Komape drowned in a pit toilet at his school near Polokwane in 2014.

The court also heard of rampant financial mismanagement, resulting in the Limpopo Department of Basic Education being placed under Section 100 administration in terms of the Constitution in 2011. This is where National Treasury takes over financial management of a department to ensure government services are delivered.

McLaren works for SECTION27, the public interest law firm representing the Komape family. He went through the annual reports of the provincial basic education department, describing the extent of budgetary underspending: R960 million in the 2013 financial year, and R560 million in 2014, with a further R994 million in irregular expenditure in 2014 – most of which was related to tender irregularities.

The Auditor General’s report on the Limpopo Department of Education in 2017 noted that the Section 100 intervention had not had the desired effect, requiring the establishment of an intervention team to fix the problems in the department.

Referencing a Council for Scientific and Industrial Research (CSIR) report, McLaren explained that there were roughly 48,000 toilets requiring building or refurbishment in Limpopo. The CSIR estimated this would cost R50,000 per seat, or a total of about R2,4bn.

But evidence from sanitation engineer David Still contradicted this, suggesting existing toilets could be refurbished for about R2,500 each – a total cost of R100 million, which was well within the scope of the department’s historical under-spend, not to mention the billions wasted in the last few years on irregular, unauthorised or wasteful spending.

“What happens when an emergency arises for which there is no budget allocation?” asked Vincent Maleka, counsel for the family.

“The department would have to see where funds could be re-allocated without affecting existing plans,” said McLaren. “It could also draw on the Contingency Fund, which it is required to maintain in terms of the Public Finance Management Act.”

As a last resort, departments in need of emergency funds could apply to National Treasury to draw on its Contingency Fund.

McLaren pointed out that in the 2016 financial year, the Limpopo Department of Basic Education returned R452 million to Treasury in unspent allocations, on top of the R1.2 billion returned the previous year.

Emphasising the fact that the Department was not short of funds to fix derelict school toilets of the kind that killed Michael Komape, McLaren pointed out that funding of R1.1 billion had been allocated to school infrastructure in the 2017 financial year of which R284 million went unspent.

Of the total education budget of R27.4 billion allocated to Limpopo in the 2017 financial year, R565 milliion went unspent – a spending rate of 97.9%.

The state’s counsel Simon Phaswane asked for an adjournment until Thursday to prepare its cross-examination of the witness.

The defence will likely wrap up its case tomorrow, and the state will start calling its witnesses.

The Komape family is suing the state for roughly R3 million in damages. The state has already conceded liability, so the trial is about determining the extent of damages the state will have to pay. The family is also seeking a court order compelling the province to commit to a plan to roll out basic services in schools.