With only three mobile clinics to serve 93 places in Intsika Yethu, weekly visits are not possible 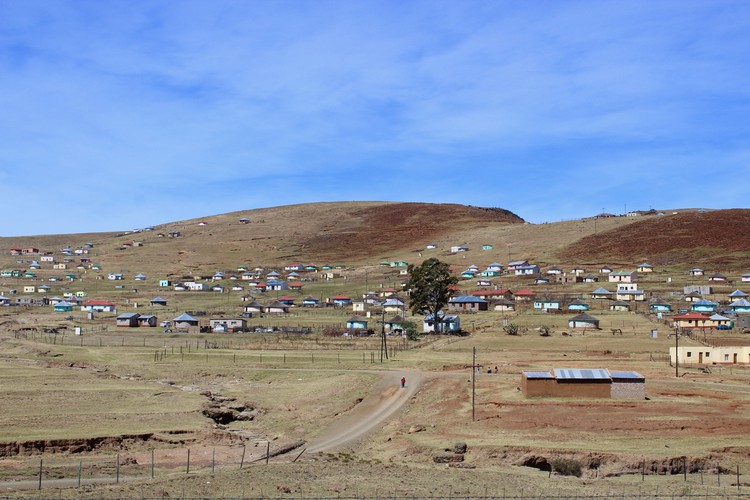 Jarha village, near Cofimvaba in the Eastern Cape, was last visited by a mobile clinic on 23 August and 15 October. Photo: Nombulelo Damba-Hendrik

By Nombulelo Damba-Hendrik and Yamkela Ntshongwana

Villagers in Jarha, outside Cofimvaba in the Eastern Cape, rely on a mobile clinic for health services as do many people in rural areas. Ideally, the clinic should visit at least once a week, but this no longer happens in much of Intsika Yethu sub-district.

Noyawa Jada, who lives in Jarha along with about 350 other people, gets monthly treatment at Magwala clinic, eight kilometres away. She says she’s too old to walk the distance there and back anymore. A return trip is R30. But Jada is unemployed. She lives with her adult daughter and six-month-old grandchild.

Jada receives a R400 child support grant for her grandchild. She spends R40 of this on transport to the nearest post office to draw the grant money. She then spends R60 on transport for herself and her grandson to get to the clinic. The family often relies on neighbours for food.

People in Ntlonze village, also in the Cofimvaba area, walk over three kilometres to get to Qamata clinic, which serves a population of 4,674, according to the health department. Sometimes they get a lift with a nurse who lives in the area and works at Qamata.

Nokhwezi Adonisi says, “For safety reasons we always make sure that those who didn’t get a lift walk as a group. We meet at a certain stop, then we go together.” They leave at 6am.

Nonathi Marhanqwana, from Ntlonze, said, “If I’m not mistaken it was six years ago when we asked the Department of Health to provide us with a mobile clinic … This year it only came twice to our village, which was in June and August … We have stopped relying on it because even when it comes, there’s always a complaint of lack of medication.”

Eastern Cape Department of Health spokesperson Lwandile Sicetshwa said there are currently only three mobile clinics to serve 93 places. A fourth vehicle is out of commission after an accident. The mobile clinics now only make it to a service point every second month.