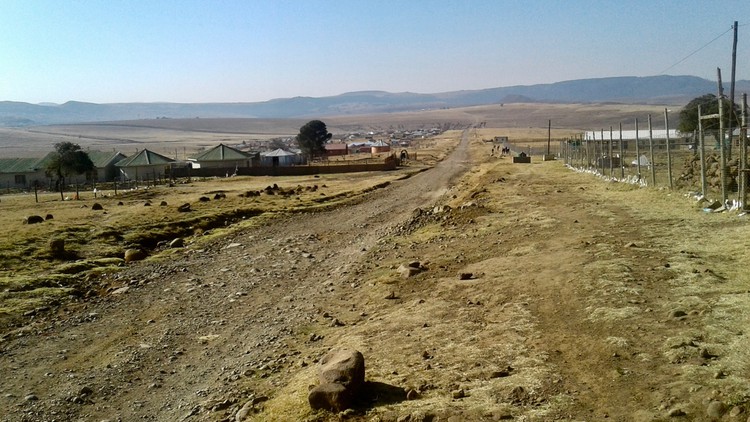 The gravel road at Upper Luxhomo which villagers are demanding the Intsika Yethu Local Municipality finish fixing. Photo by Nombulelo-Hendrik

Residents of Magwala have given the Intsika Yethu Local Municipality in the Eastern Cape two weeks to fix their gravel road. On Wednesday, about 200 residents from villages near Cofimvaba marched to the municipal offices.

In March, before the general election, residents called a public meeting and said they would not vote unless the gravel road from the R61 to Upper Luxhomo, passing Lower Luxhomo and forking to Mcungco, was repaired.

Residents said Intsika Yethu Mayor Jongumzi Cengani told them that there was no budget to fix the road, but he would use a grant. Work started on 2 April, but residents say work stopped soon after the elections were held (8 May).

The community is demanding a timeframe for when their roads will be fixed, also the R61 connection to Cube village.

Raising other grievances, residents said there was a lack of water in the area, and they accused ward committee members of hiring family members for Expanded Public Works’ jobs.

Cengani received the memorandum and promised to hold an urgent meeting with the community leaders.