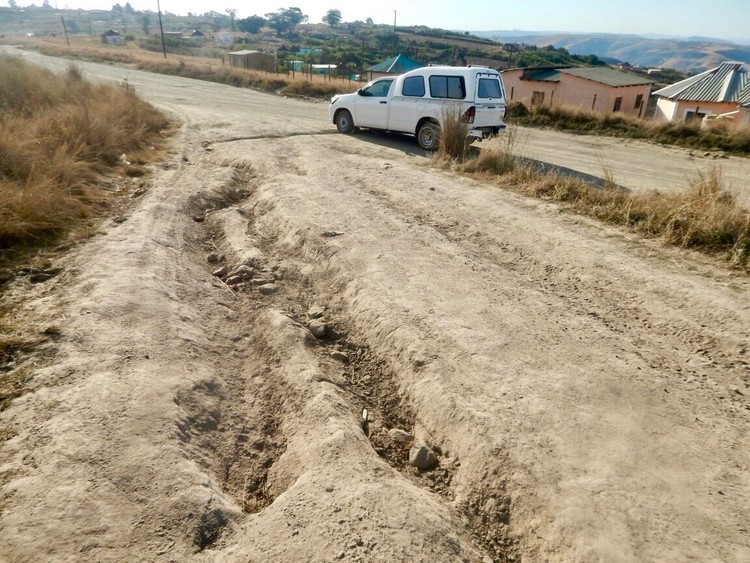 Taxi drivers operating in Ntlaza, outside Mthatha, are threatening strike action if the Department of Transport fails to build a tar road.

Ward 17 councillor Thembekile Mbiko said the poor road was threatening the livelihood of the community. “Ambulances take forever to arrive because the road is terrible,” said Mbiko.

Ncedo Taxi Association chairperson Dumo Ndzendze said they had been calling on government since 2009 to build the road.

“We have lost thousands of rands because of this road. It has too many potholes,” said Ndzende. “We constantly have to fix our bakkies and we have car installments to pay. We end up losing.”

Ndzendze said an amount of R279 million meant for the road construction was used in 2009 for disaster relief after storms destroyed many people’s homes.

“The minister told us they only have R11 million budgeted for the road and that it would not be enough to construct a tar road,” said Ndzendze. “We want the minister to ask OR Tambo district municipality to pay back the money it shifted from our budget in 2009. We want [Tikana] to add that amount to the available budget and construct a proper tar road here.”

Spokesperson for the department, Unathi Bhinqose, said, “We cannot repay money that has been shifted from a budget to assist in unforeseen economic or financial events … However, we take [the taxis’] concerns seriously, which is why we met with them. We have asked them to give us three months to knock on Treasury’s door in a bid to source enough capital to begin the kind of construction they have requested.”

Ndzendze said, “We want nothing but a tar road here. We have been patient for too long. Should the department fail to provide that within the agreed on three months period, we will engage in an intense strike action.”

Traditional leader Chief Derrick Ndamase said, “We’d like the government to do right by it’s people … Before this situation gets out of control.”