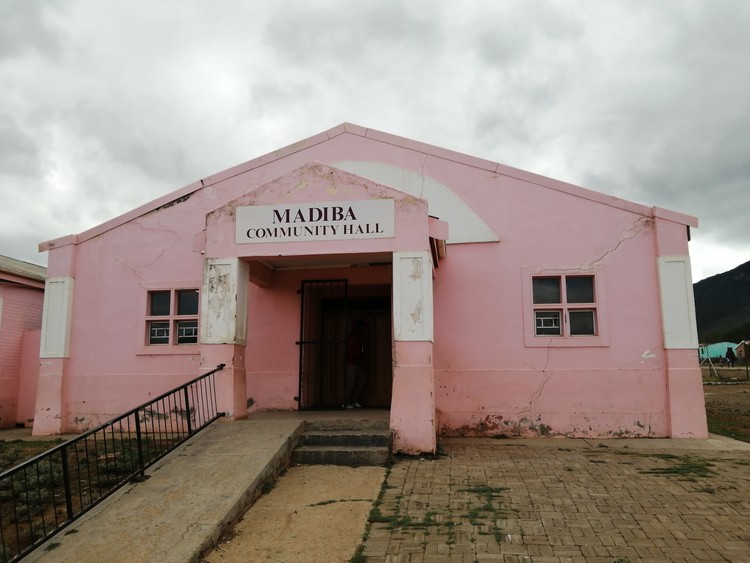 Donors have come to the rescue of the Blue Crane Route Local Municipality to repair the Madiba Community Hall. Photo: Mkhuseli Sizani

The Madiba Community Hall in Bhongweni township in Cookhouse in the Eastern Cape is derelict, and the Blue Crane Route Local Municipality has taken the blame.

The hall was built in 1994 to honour former president Nelson Mandela. It is the only functioning hall in the whole of Cookhouse because the town hall has not been repaired since it was torched during 2016 protests. It is used for funerals, weddings and community events.

Nancy Jacobs says she has been complaining about the state of the hall.

“Madiba’s good work is known worldwide. To honour him with a crumbling hall is an insult and shame. All our mayors and councillors have no respect for Madiba. How can they have no budget for an important building like this?”

“The doors are falling apart. Some of them can’t be opened anymore. I remember a day when there was a funeral in that hall; a ceiling fell over the mourners. The roof leaks. Toilets are broken and smelly. Mourners have to climb stairs with a coffin because the main door is damaged.”

The caretaker of the hall Xolani Majoko said the hall was not being maintained.

”Cabinets are broken. Women are forced to share toilets with men. Other men pee outside the hall and cause a stink because all the male toilets are faulty. This is not caused by vandalism: the hall is not maintained by municipality.

“The roof leaks, and the fence is broken. Trees are growing next to the wall and are causing cracks. More than 180 chairs and tables are broken.” 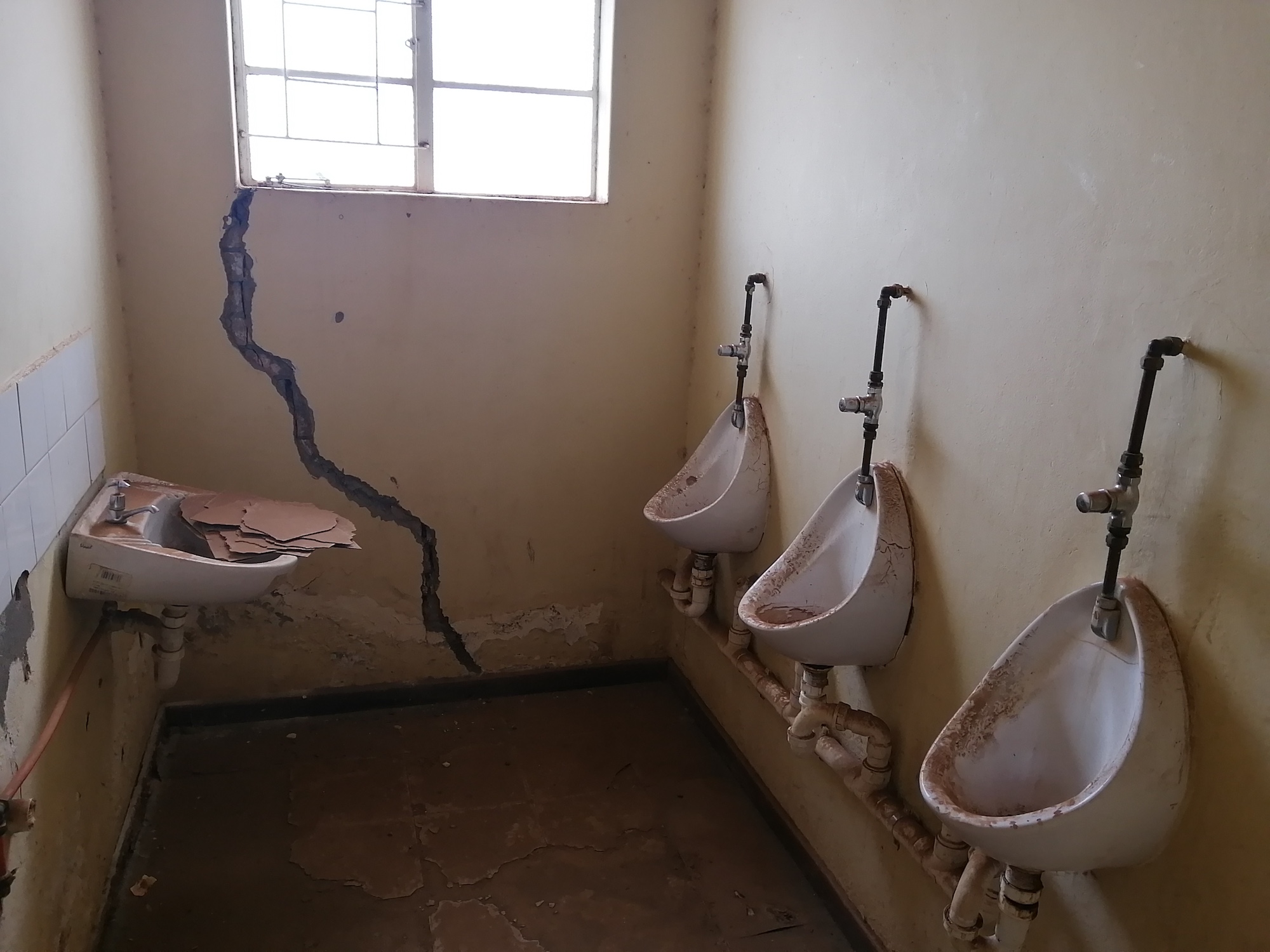 Toilets in the hall are broken. Photo: Mkhuseli Sizani

Mayor Bonisile Manxoweni said, ”Yes, we failed to maintain the hall due to our limited budget and other financial challenges we faced as the municipality. The residents also vandalised it. “

“But we have secured the donors to fix it.”

“As for the town hall, we are still struggling to get the insurance to fix it.”

He said, “Yes, we will help the municipality in renovating the hall. This is part of our socio-economic responsibility. We are just waiting for a formal document from the municipality.”