“We have achieved this milestone after a long struggle” 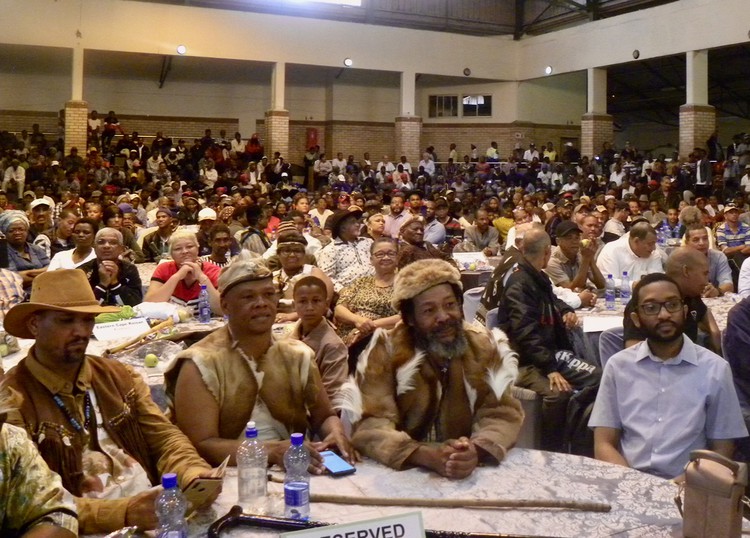 Eastern Cape fishers say their lives will improve immensely now that the Department of Environment, Forestry and Fisheries has finally issued them with fishing rights.

The fishers said they had been denied fishing licenses by both the apartheid and democratic South African governments. They said the issue had been the subject of countless protest actions at the offices of the department in Port Elizabeth

Deon Spandiel of the Eastern Cape Khoisan Smallscale Fishing Cooperative, which has 40 members, said: “We have achieved this milestone after a long struggle. There was a time when we camped in the offices of the fisheries department in Port Elizabeth demanding these permits.”

“The ocean is ours because we live along its coast. We have been marginalised for many years. This made our people work for commercial companies under harsh conditions because they did not have fishing permits,” he said.

Youth unemployment is high in the area, he said, and now “our youth are going to get jobs as fishermen”.

Chairperson of the Eastern Cape Black Fishers Association Xola Ngcangca said his organisation, which has 116 members and three boats, was formed five years ago to lobby government.

“We have started receiving requests from large commercial fishing companies in the Western Cape who want to partner with us … These companies want to bring skills to our members. I encourage cooperatives to speak with one voice and that they should not be divided by large companies,” he said.

Nomawethu Katikati of Eluthimba Small-scale Fisheries Cooperative from Centane, said, “We will have to work hard to get markets for our products. Our community is poor and isolated. In the meantime, we have been selling our fish to community members.”

Katikati said the permits will allow the fishers to carry on their businesses without fear of arrest. She said they feed their families and earn money to educate and clothe their children from selling fish, shellfish and seaweed.

Creecy said the licenses were valid for 15 years. They allowed the beneficiaries to catch, amongst others, lobster, squid, and hake.