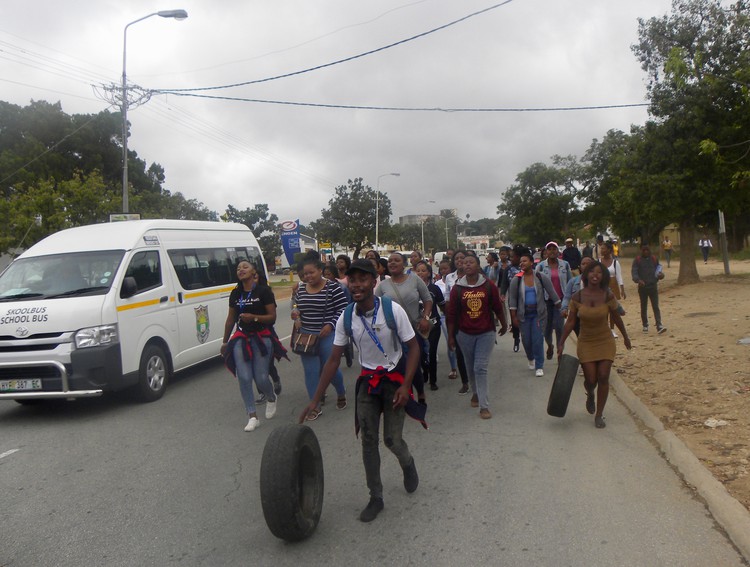 About 80 students of Eastcape Midlands (TVET) College protested on Wednesday and Thursday in Uitenhage, demanding their 2018 academic results.

The students are studying at Heath Park campus in Bethelsdorp. They gathered at the college’s head office on the corner of Cuyler and Durban streets, Uitenhage. A security guard told Groundup that the building was deserted.

SRC deputy chairperson for the Heath Park campus Lonwabo Baby said, “The management is hiding away from us. Students cannot advance to another level when they don’t know their results from the previous year.”

Heath Park campus SRC treasurer general Amanda Mcono said students faced the prospect of not completing their studies if their results are not released. “Students who wrote their Level 4 final examinations last year in November were only told on 3 January when they went to fetch the results that the college could not locate their results. We are simply asking how could examination papers get lost without us being informed about it?”

Eastcape Midlands College spokesperson Elmari van de Merwe said that the results for 72 students who wrote Life Orientation Level 4 were “pending”, but 22 of these scripts were unaccounted for. She said a request was sent to the Department of Higher Education and Training to release the results of the students whose exams are not missing.

She said, “The College acknowledges and regrets the impact this matter has on students. An action plan has been put in place to assist affected students who were accepted in other institutions and those seeking employment.”