CPS promises to refund beneficiary while it investigates 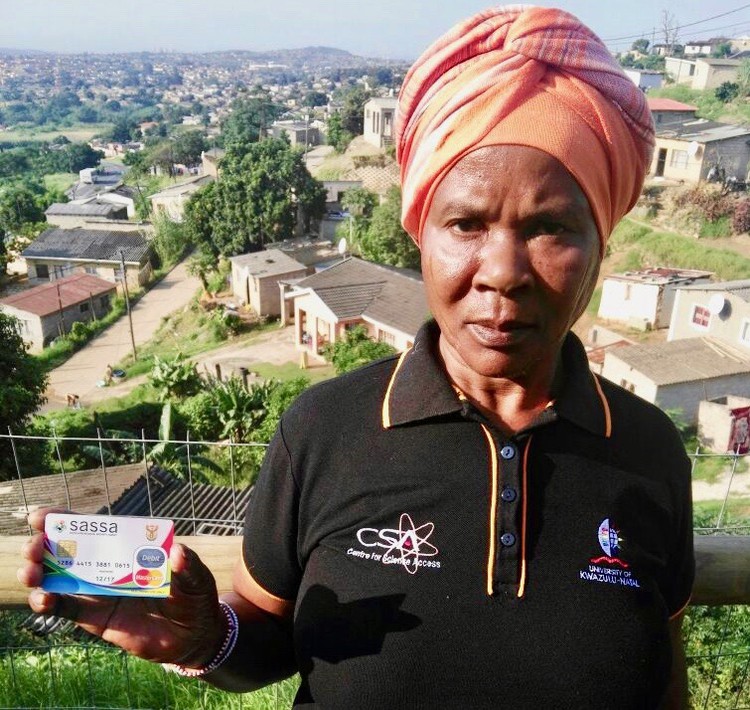 Pensioner Thuleleni Mhlongo did not get her pension for April. She had a balance of six cents after her accounts was debited for loans she never took out. Photo:Zimbili Vilakazi

Thuleleni Mhlongo from Ntuzuma, north of Durban, was not paid her pension in April. She was shocked to be told she had a balance of six cents. A number of deductions for loans she says she had never applied for had cleared out her account.

Mhlongo, 65, has been withdrawing her social grant at the same shopping centre for years. When she went to the centre on 1 April, there was no money in her South African Social Security Agency (SASSA) account. The cashier advised her to visit the nearest SASSA office as soon as possible.

“I was hopeful that I would return home with some groceries and meat, but I went back home empty-handed,” says Mhlongo.

“I spoke to the [SASSA] official on Wednesday [4 April] and she told me that their system showed that I had a green card [EasyPay Everywhere account],” she says.

An EasyPay account is usually opened for grant beneficiaries who apply for a loan at Net1 financial services. Net1 is also the parent company of Cash Paymaster Services (CPS), which was responsible for paying all social grants until the end of March.

But Mhlongo says she has never owned a “green card” and did not apply for a loan with Net1.

She was advised to open a case at the nearest police station. The police, however, said they needed more information.

Mhlongo says she is relying on relatives to help her buy groceries and other basic goods. She has a 15-year-old grandchild she fosters.

KwaZulu-Natal SASSA spokesman, Mbizeni Mdlalose told GroundUp that on SASSA’s system the beneficiary had “a lot of deductions on her social grant”. He said he could not share this information with the media and would contact the beneficiary directly to resolve the matter.

On 20 April, Net1 spokesperson Bridget von Holtd told GroundUp they were still in the process of investigating. “CPS has decided to pay the beneficiary the value of her April grants as a gesture of good will. Should the investigation reveal fraudulent activities, criminal charges will be laid against those responsible,” she said.

When GroundUp contacted Mhlongo on Sunday, she said she had met with CPS staff in KwaZulu-Natal, but said she had not yet received her grant payout.